Did you start a full Home Edit-style organization project in 2020 and figure out which of your possessions spark joy? According to Joybird, 81.3% of Americans did. However, it’s during those attempts to clean and organize that you discover what’s causing the most clutter in your home.

JoyBird surveyed over 1,900 people about their level of tidiness, which organization systems they use, and what creates messes most often in their homes. The answer to that last one might surprise you.

Perhaps you’re thinking of the random items in your junk drawer or the abundance of vacation keepsakes you’ve collected. Actually, though, it’s those piles of dirty clothes and unfolded laundry that people said take up the most space.

Those of us who have piles of clean laundry sitting in baskets just waiting to be folded understand the struggle. As for the other things that create clutter, toys, food, dishes, and pantry items rounded out the top five.

The survey also revealed more than just the fact that most of us are terrible about folding and putting away our laundry. JoyBird also looked at which areas of the home seem to be mess magnets.

While clothing was clearly the top clutter culprit, opinions on which room is the messiest were neck and neck. Living rooms won, with 22.2% of respondents considering it their sore spot. However, it was followed closely by the kitchen and bedroom, which received 21.5% and 21.4% of the vote, respectively.

Curious how the rest of your housekeeping and organization habits align with others? You can check out all the survey results over at JoyBird. 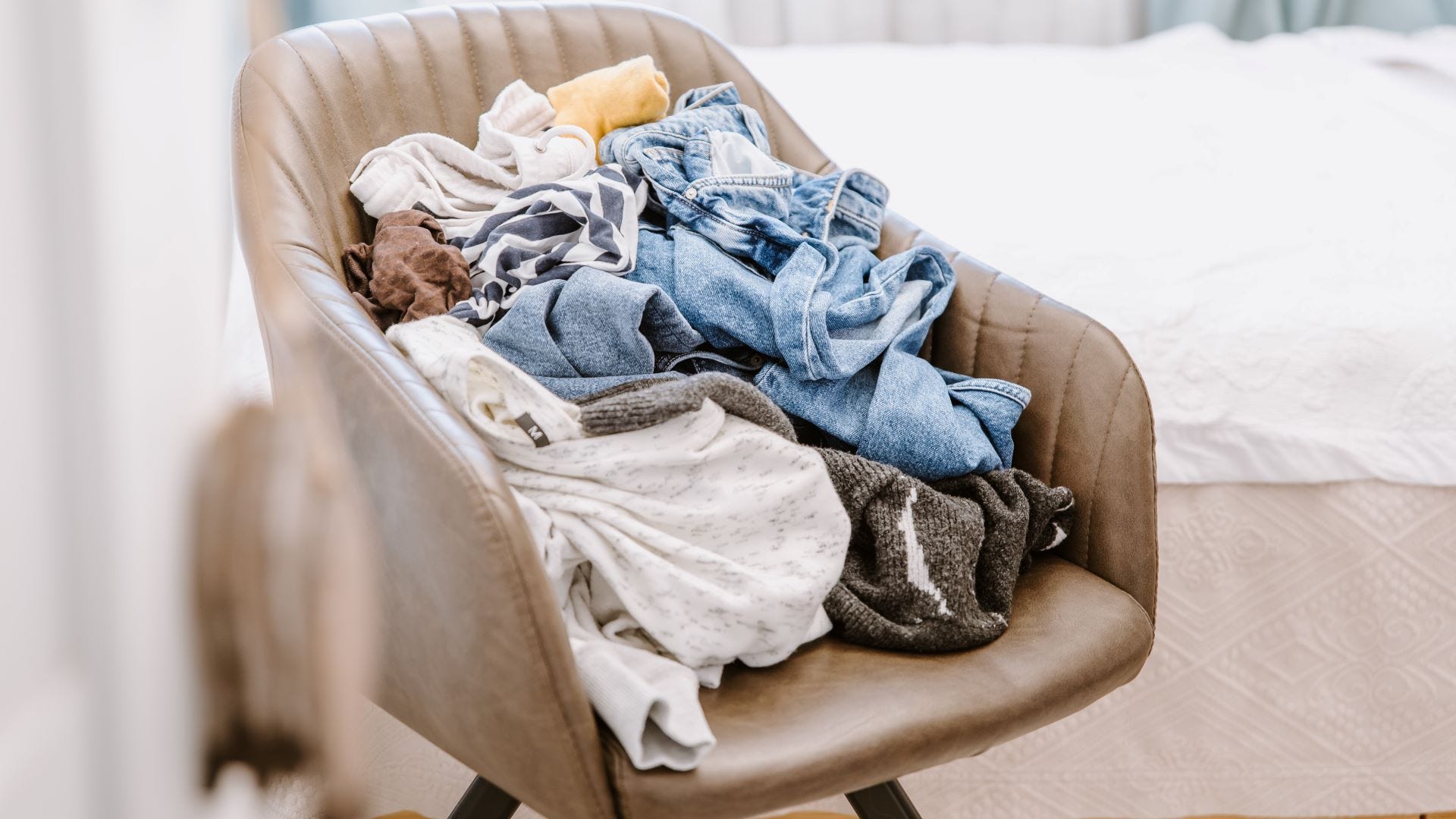