Whether you get your morning caffeine fix via coffee or a cold can of Coca-Cola, you’re likely to be excited about the latest energy drink to hit the market. Coca-Cola coffee has landed in the United States, and you can get it right now!

News about the new drink hit the internet back in August 2020, but it wasn’t slated for release until the beginning of 2021, and, well, here we are! Coca-Cola with Coffee (the product’s official name) is now on store shelves.

There are five versions: Vanilla, Vanilla Zero Sugar, Dark Blend, Dark Blend Zero Sugar, and Caramel. The new beverage is packaged in 12-oz. cans, each of which contains roughly 69 mg of caffeine per serving.

You should be able to find these new offerings in the coffee section with other canned coffee drinks (like those from Starbucks) at any major grocery store, like Walmart or Kroger. To make things easier, though, you can use the handy search tool on Coca-Cola’s website to find out which local grocery store carries them.

Of the new launch, Brandan Strickland, brand director at Coca-Cola Trademark, said in a press release: “Coca-Cola with Coffee is a true hybrid innovation that provides the perfect solution for that mid-afternoon pick-me-up we all want, especially in today’s work-from-home environment.” 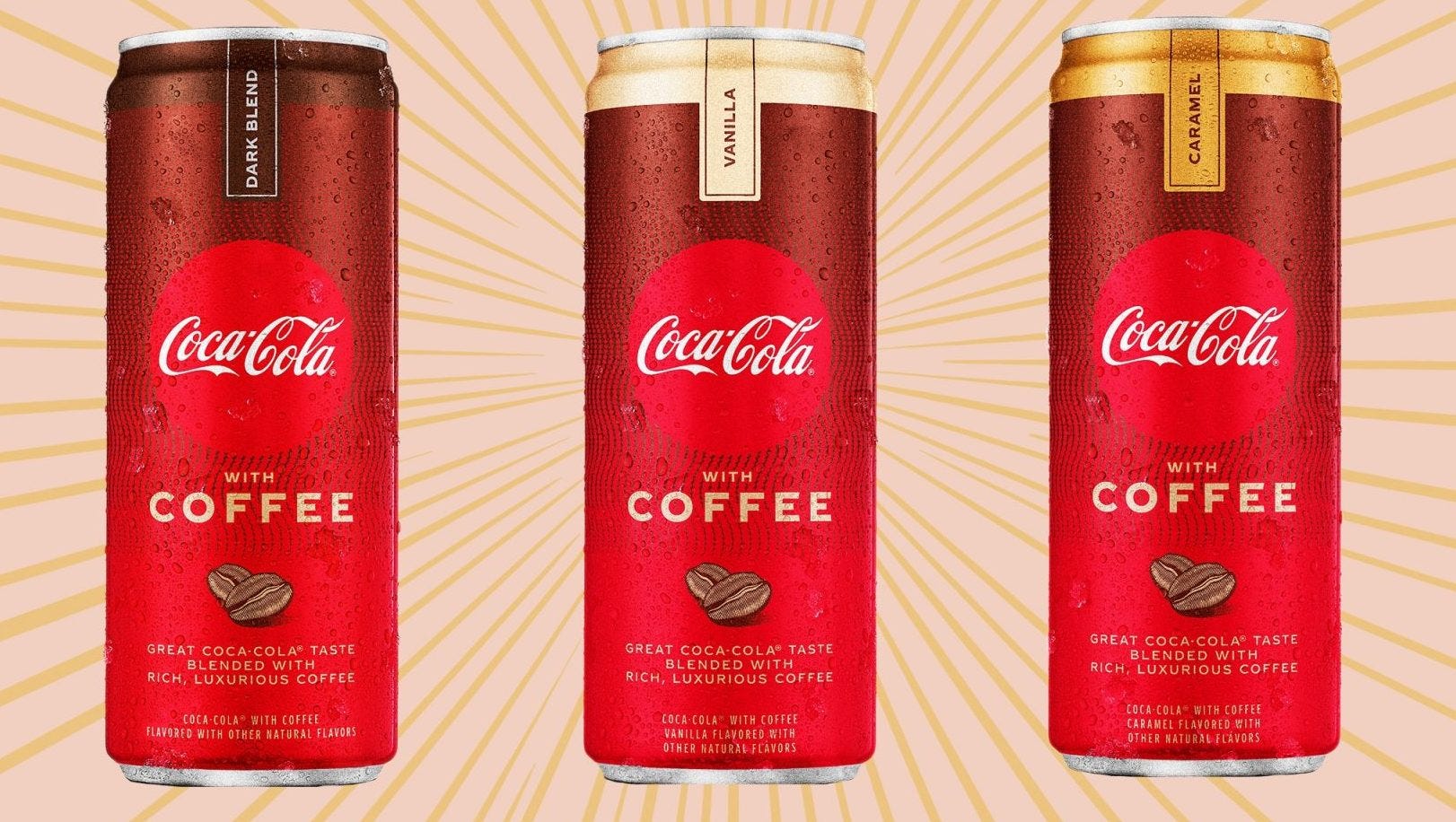