There’s something romantic about train travel—long hours watching the world pass by, only interrupted by leisurely meals in the restaurant cart. Having a few drinks in the evening before returning to your sleeper cabin.

Unfortunately, long-distance train travel isn’t all the Orient Express and turn-of-the-century luxury. It’s still pretty sweet, though—especially if you approach it with the right attitude. Last summer, I spent a month traveling from New York to New Orleans, from New Orleans to Chicago, and, finally, from Chicago to Portland. That last journey was particularly epic—it took about 50 hours, with two full nights on the train.

Here’s what you should know before you do the same. 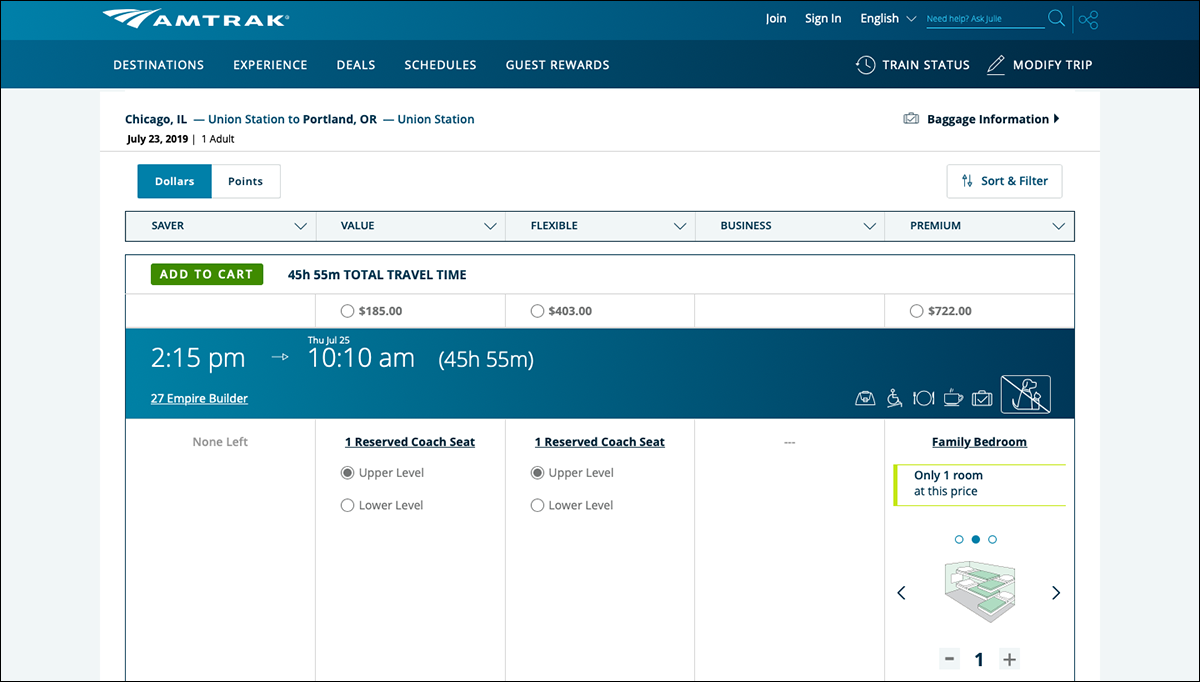 Trains can be pretty expensive. They cost a lot of money to run, so passengers pick up part of the bill, especially in countries (like the U.S.) where most people don’t travel by train. The cheapest ticket you can get for Amtrak’s Empire Builder (the train I took from Chicago to Oregon) is about $150 in advance. However, there are only a limited number of tickets at that price. They can easily cost twice that. You also have to factor in the cost of food and snacks for three days.

It’s the same in Europe. Cheap flights within or between countries regularly cost less than $50, while similar train trips take much longer and cost three times as much.

In India, Asia, and parts of the world where either lots of people travel by train, or the government subsidies it significantly, prices are lower. But that’s a whole different style of travel.

Another cost of train travel is your time. While I wholeheartedly believe the journey is part of the trip, if you only have a limited number of days, you might not want to spend most of them sitting on a train. It’s a slow way to get somewhere.

Sleeping in a Seat Is Difficult

Whether you’re on a plane or a train, sleeping in a seat is difficult.

Typically, on any long-distance train, a standard ticket gets you a reclining seat. They’re generally big and comfortable, but they’re still seats. Most trains sell sleeper seats, rooms, cabins, or first-class tickets that include seats that convert into beds. Expect to pay a serious premium for these. The cheapest you can get a roomette (a small cabin with bunks for two people) on the Empire Builder is about $360 per person.

To get any rest on a train, bring what you need to be comfortable. Baggage isn’t anywhere near as controlled as it is on a plane, so bring a warm blanket, a pillow, comfy pajamas, and anything else you need to get cozy.

I found sleeping on Amtrak’s big reclining seats (I lucked out and had two to myself) harder than sleeping on a plane. There was too much space, so I wasn’t able to wedge myself into my normal airplane sleeping position.

If you have the cash, you might want to pony up for a sleeper car. 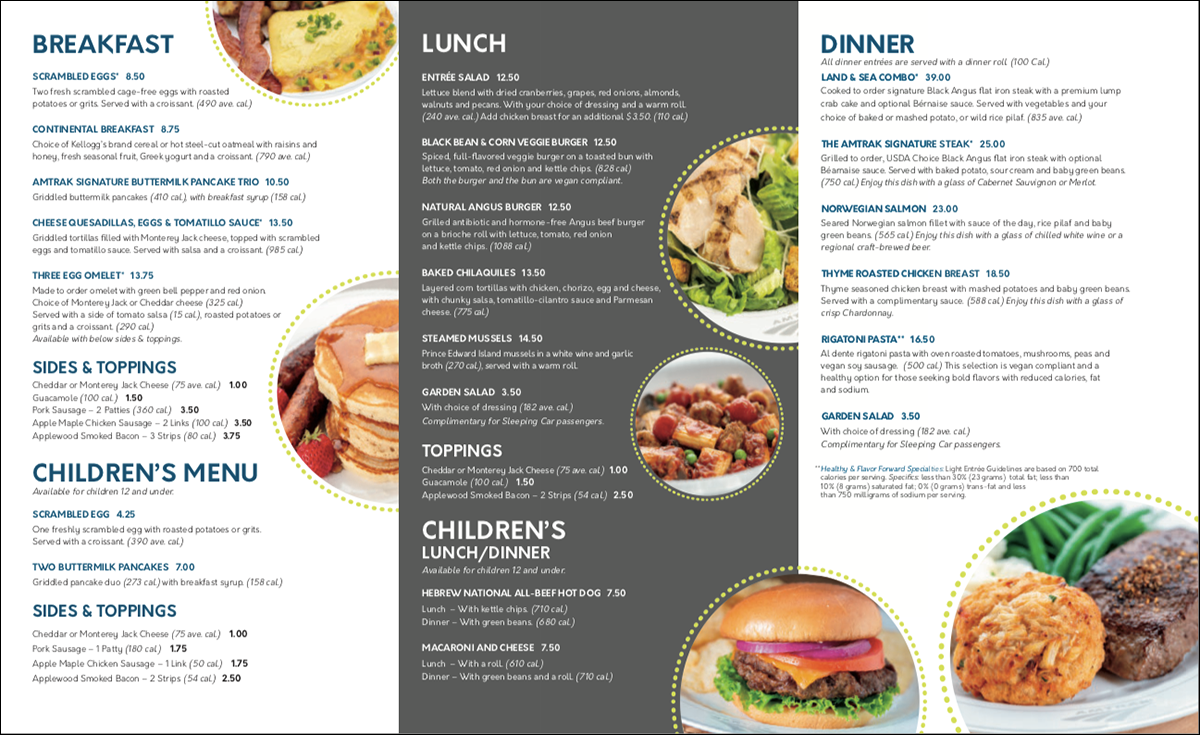 The food on long-distance train journeys can be surprisingly good. Amtrak’s restaurant cars, while a bit pricey, have some genuinely tasty meals. The steak and fries were far from the worst I had during my time in the U.S.

On other trains (or when you’re stuck with just Amtrak’s snack service), however, the situation might not be as good. The only thing available could be an overpriced stale sandwich or microwaved meal.

The best thing to do is load up on snacks before you board. If the food is good, and not wildly overpriced, you can save your snacks for later. If your options are seriously limited, then chow down on trail mix and cereal bars.

Alcohol usually is available and socially acceptable on trains. Sometimes, you can even bring your own.

Also, while I haven’t pulled it off myself, you can theoretically have food delivered to a train at the station. Just call a local delivery service and ask if they’re up for the challenge. If a stop is long enough, you can also run to a nearby shop or restaurant.

The Views Are Unbeatable

The best thing about train travel is the uninterrupted hours you get to watch the world slowly go by. You’re not stuck on some gigantic highway. Instead, the tracks often wind through the wilderness.

On my trip around the U.S., I was able to see the transition from the metropolitan East Coast to the swamps and bayous of the South; from the open country of Kentucky to the Great Planes in Montana. And, of course, the mountains of Glacier National Park.

There’s nothing better than train travel if you want to see some spectacular views on the way to your destination.

It’s A Great Way to Relax and Meet Interesting People

Train travel is a great way to relax and unplug. There’s rarely Wi-Fi or cell service, and you’ve nowhere to go for hours, or even days. The longest train journeys take a full week. Bring a book you want to read, or a tablet loaded with your favorite shows, and then sit back and enjoy the ride.

Better yet, talk to some of the other passengers on the train. You’re all in it together, and most people who choose to travel long distance at a slower speed have an interesting story to tell. My plans to get work done on the Empire Builder were pleasantly ruined when, on the second afternoon, I met a “cannabis entrepreneur” from Washington state. We spent the rest of the trip chatting, drinking whiskey, and looking out the window.

Trains are my favorite way to travel. They’re fun, relaxing, and the scenery is beautiful. Everyone should do it at least once! 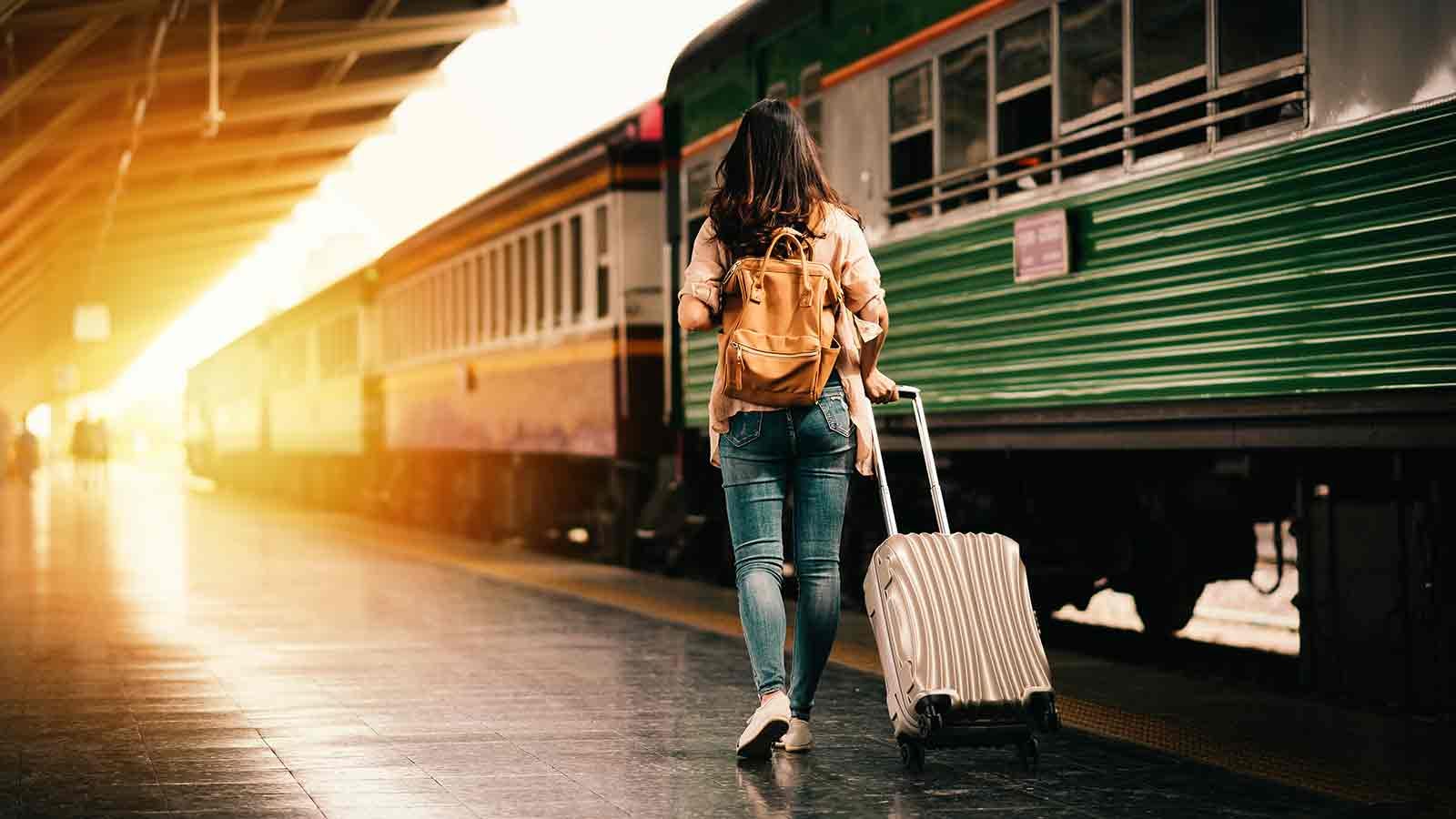