Decoding everything in the bread aisle has gotten very confusing. White bread isn’t even “just white” bread anymore. And if you’re looking for whole wheat, you see things like whole grain and multigrain.

What’s the difference between whole wheat and whole grain bread? What are sprouted breads? All of your questions are about to be answered.

The Differences Between Whole Grain, Whole Wheat, and More

Once upon a time, there was wheat bread and white bread. Now, there’s a multitude of choices on the shelves. You probably think “wheat” is the healthy choice, but it’s a bit trickier than that now. Let’s take a closer look at what the labels mean.

Wheat bread is just that: bread made with wheat. Plain-old wheat bread used refined wheat flour just like white bread, but without the bleaching process that makes white bread white.

If you’re looking for bread that’s gone through fewer processing steps, whole wheat is the answer. The word “whole” in whole wheat means the essential parts of the wheat kernel have been left intact—not refined down to the simple flour found in white and plain wheat bread.

Whole wheat comes in a white bread option, too. White whole wheat bread is created with an albino grain of whole wheat, offering a lighter color and flavor to the bread. It resembles white bread in flavor but has the same nutritional value as whole wheat.

Whole grain bread is created using intact grains other than wheat. Aside from the use of different grain, it’s similar to whole wheat. Check the name or the ingredients to figure out which grain is prominent. It can include whole grain oats, whole barley, or even brown rice. These are all grains rich in fiber, but they offer different nutritional values, vitamins, and minerals depending on the grains used.

Look for whole grain multigrain bread if you want the super-healthy option—but shop carefully! Multigrain labels mean the bread is made from more than one grain; unless it’s labeled 100% whole grain, though, it might not have a ton of whole grains in it. Companies can call their bread “multigrain” even if they’ve mixed in a heaping portion of refined grains. A lot of the good stuff—like germ and bran—have been removed from refined grains, which means fewer nutrients and less fiber.

Bread containing multiple grains could include any of the following (check the ingredients label): wheat, oats, rice, quinoa, and more. While you’re checking the label, also look for words like “enriched” or “bleached” to spot the use of refined grains.

Grain bread comes in more than whole grain. Another common option these days is sprouted grain bread. Unfamiliar with the term? Think bean or alfalfa sprouts.

Sprouts form when whole grains are allowed to sit in moist, warm conditions. The grains are spread out, dampened, and heated up to force them to sprout before they’re ground up for the bread. Sprouting increases the number of minerals and vitamins in your bread, and many people swear by it.

Now that you know all about bread (and what to look for on the labels), you’re ready to pick out your favorite: the one that tastes delicious, the one that packs a more nutritional punch, or both! 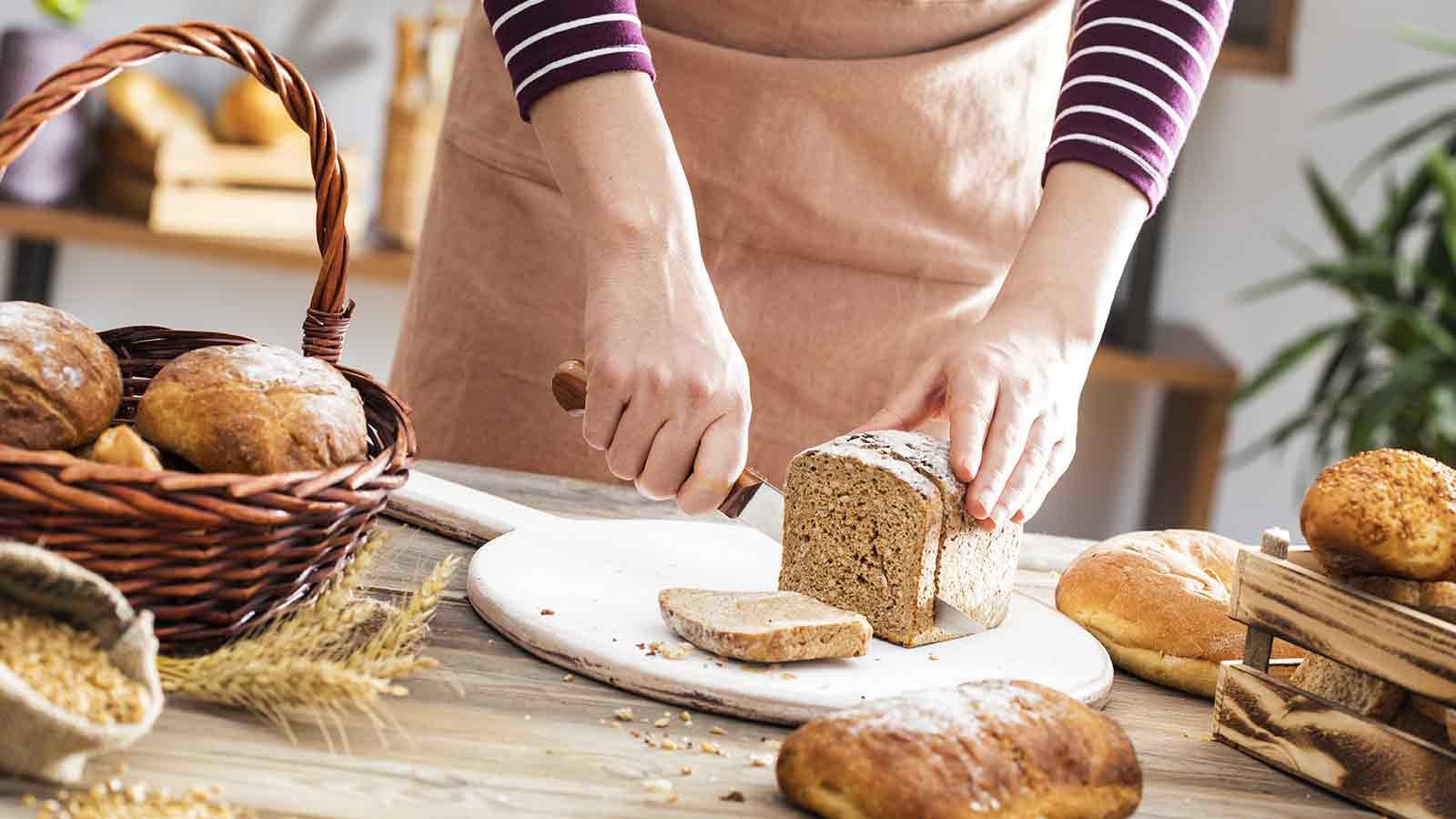