Is olive oil good for cooking or only for salad dressings? Is coconut oil really the holy grail? These are just a few of the questions that might cross your mind in the cooking oil aisle at the grocery store. To help end the confusion, we’ve created this simple guide to help you choose the right cooking oil for every meal.

Different vegetable oils are used for different reasons. Some are perfect for high-heat cooking, while others can’t withstand high temperatures at all. Some can elevate certain ingredients in a dish, while others work better when drizzled over a finished meal.

Oils also have something called a “smoke point,” at which they start to smoke and break down, which is considered unhealthy. So, the higher the smoke point, the better the oil is for cooking, but that doesn’t mean they’re actually the healthiest.

Yes, all of this is confusing, which is why we’ve included only the best—and, potentially, healthiest—vegetable oils on our list below and how to use them.

Also known as EVOO, extra virgin olive oil is considered one of the healthiest oils in the world. It consists of 73% monounsaturated fatty acids, which are known to help reduce inflammation in the body, as well as a high number of antioxidants, especially in the form of vitamin E.

Its smoke point is generally considered to be somewhere around 365-400 degrees Fahrenheit, which makes it a safe choice for most cooking methods, even frying. That being said, cooking olive oil does induce some chemical changes that lower its number of antioxidants, which can also slightly alter the taste.

EVOO is also commonly used in salad dressings. It’s also often drizzled over fish or infused and used to touch up a specific ingredient. Raw, it can definitely be consumed however you please, without having to think about its smoke point. Just make sure it’s labeled as “extra virgin,” as that’s the least processed kind with more antioxidants.

If you’re looking for a new brand of EVOO to elevate your cooking experience, try a bottle of the much-praised Pompeian and enjoy its rich flavor straight from Italy.

Derived from the rapeseed plant and cultivated and crossbred in a Canadian lab (Canada + Oil = canola), canola is one of the most commonly used cooking oils in the United States. Unfortunately,  to make it more tolerant to herbicides, over 90% of canola crops are genetically modified (GMO). This process is generally considered unhealthy and harmful.

On the other hand, canola oil has a low level of saturated fat and is, therefore, considered a healthier option than most oils. Potentially, however, it can contain up to 4.2% of trans fats, which are thought to be one of the most harmful.

Its smoke point is 400 degrees Fahrenheit, which makes it suitable for most cooking methods. It’s also one of the cheapest on the market, so it’s widely used in restaurants. When buying canola oil, look for one with a clearly marked “Non-GMO” label, like Healthy Harvest.

Ever since coconut oil obsession took over the world, it’s been a topic of controversy due to its high saturated fat content. Typically, foods high in saturated fat are considered “bad for you,” as they’re known to elevate bad cholesterol, so how could something that’s basically purely made of saturated fat be called a superfood?

Coconut oil has long been a staple in the diet of many island nations, but many researchers question its health benefits. A variety of studies have shown its positive effect on our cardiovascular system because of medium-chain triglycerides (MCTs).

MCTs are a different type of saturated fatty acids that are actually linked to fat burning and lowering the risk of heart disease. They even killing harmful bacteria and pathogens.

Coconut oil’s smoke point is around 400 degrees Fahrenheit which, once again, makes it suitable for all sorts of cooking methods. Again, look for one labeled “virgin” like this bottle from Nutiva. And don’t worry—most of the flavor gets lost during cooking, so all of your food won’t taste like coconut.

The major difference between coconut and other oils is its high saturated content makes it solid at room temperature. You don’t have to liquefy it before cooking, either—it’ll melt in the pan, just like butter.

The coconut oil craze opened the door to many other exotic oils that weren’t traditionally used for cooking, like avocado. It’s high in monosaturated fats and has positive effects on cardiovascular health. It’s also good source of lutein, an antioxidant carotenoid linked to reducing the risk of cataracts and macular degeneration.

Its smoke point is an astounding 520 degrees Fahrenheit, which is one of the reasons it’s become so popular—it’s extremely difficult to burn it. Its mild flavor and silky texture make it particularly popular for dressings and creamy sauces, so don’t limit yourself when exploring with it.

Our favorite is from Better Body Foods—just check out all those positive reviews.

A byproduct of winemaking, grapeseed oil is high in polyunsaturated fatty acids and a great source of vitamin E, which is why it’s considered healthy. While it’s long been used in skin- and haircare products, this oil has only recently found its way into the kitchen.

With a high smoke point of 420 degrees Fahrenheit, it can withstand most cooking techniques. Its subtle flavor also makes it suitable for everything from meat and fish, to vegetables and beans.

Look for a brand that’s cold-pressed, like this one from La Tourangelle. It will give your meals a new twist.

A common staple in Asian cuisine, sesame seed oil has a rich, deep, umami flavor, which makes it special. It transforms every ingredient it touches. It’s also high in antioxidants, rich in polyunsaturated fats, and might even help control blood sugar levels. It’s no wonder more people are using it for everyday cooking.

It’s tastes delicious on salads or just when drizzled over finished meals. With a smoke point of 410 degrees Fahrenheit, you don’t have to think twice about frying those chicken wings in it, either—they’ll taste even better than usual!

Start with this toasted goodness from La Tourangelle to take your homemade pad thai to a whole new level.

No more scratching your head in the cooking oil aisle. Try each of these oils with different meals and take your cooking (and your taste buds) on a new journey! 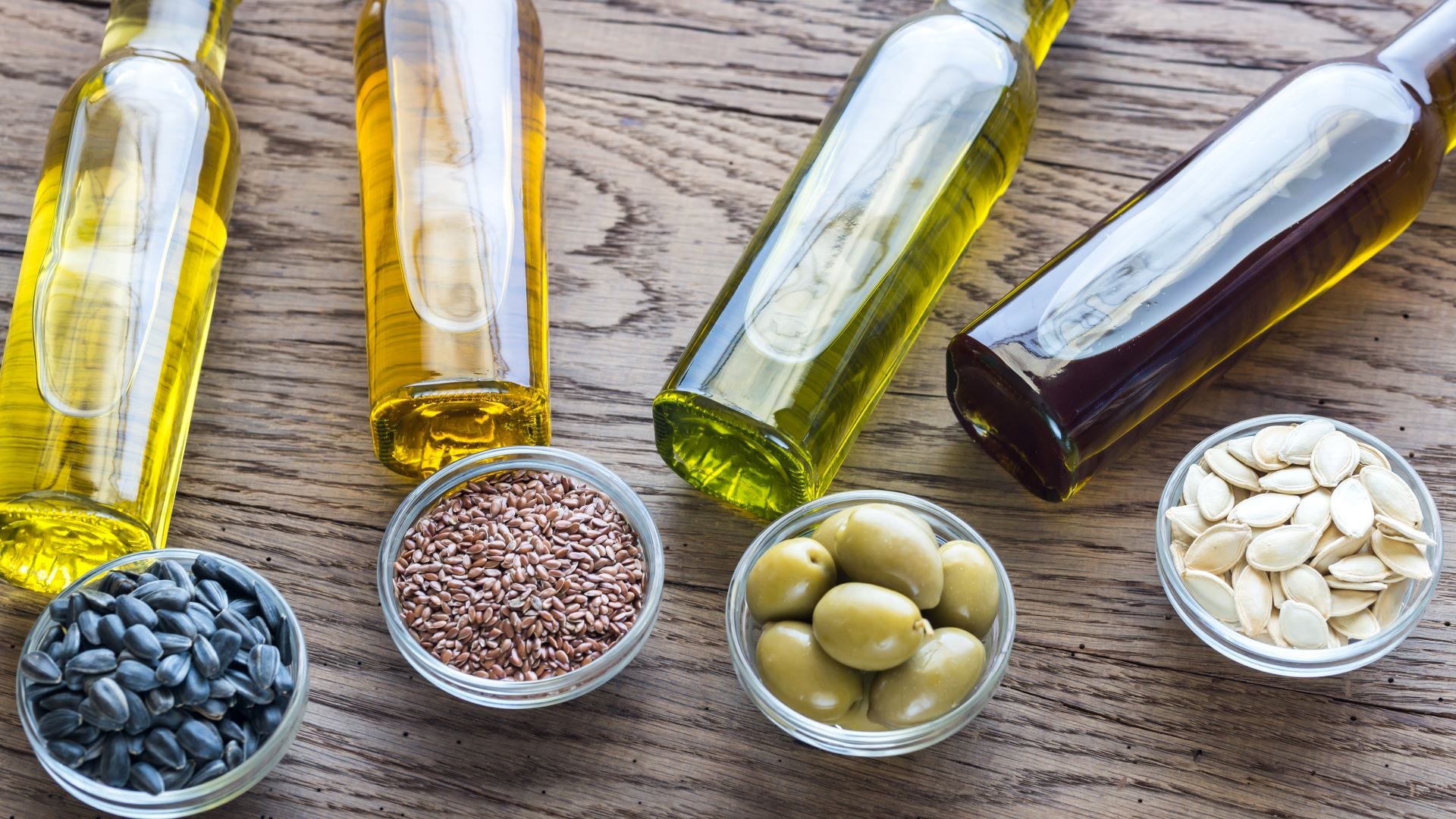