If you’re a Disney fan who’s looking for the perfect Valentine’s Day cocktail, look no further! Disney has released a recipe for a Colette cocktail inspired by the chef from Ratatouille and it sounds delicious—and bubbly.

RELATED8 Boozy Beverages to Mix Up This Valentine’s Day

The cocktail isn’t new to Disney, though. It’s actually a staple at the French restaurant, Remy (also named after the famous rat), on the Disney Dream and Disney Fantasy cruise ships. If you order it in the restaurant, the Colette is made at your table.

Since most of us, unfortunately, won’t be able to hop on a cruise ship any time soon, we’ll have to make the cocktail from the comfort of our own homes.

The drink has a champagne base with some fun pearls of crème de cassis (a red currant-based liquor). Then, you just throw in some orange liquor, vodka, and a few dried pineapple cubes. You’ll want to sip this one slowly, though—it packs quite a punch.

The Colette isn’t the only menu item Disney has shared via the Disney Parks blog. You could actually make an entire Valentine’s Day dinner with the secret recipes that have been shared over there.

The honey-coriander chicken wings could be the main event with a delicious side, like macaroni and cheese. Finish it off with some beignets for dessert, and you’ll have a Disney Valentine’s Day to remember happily ever after! 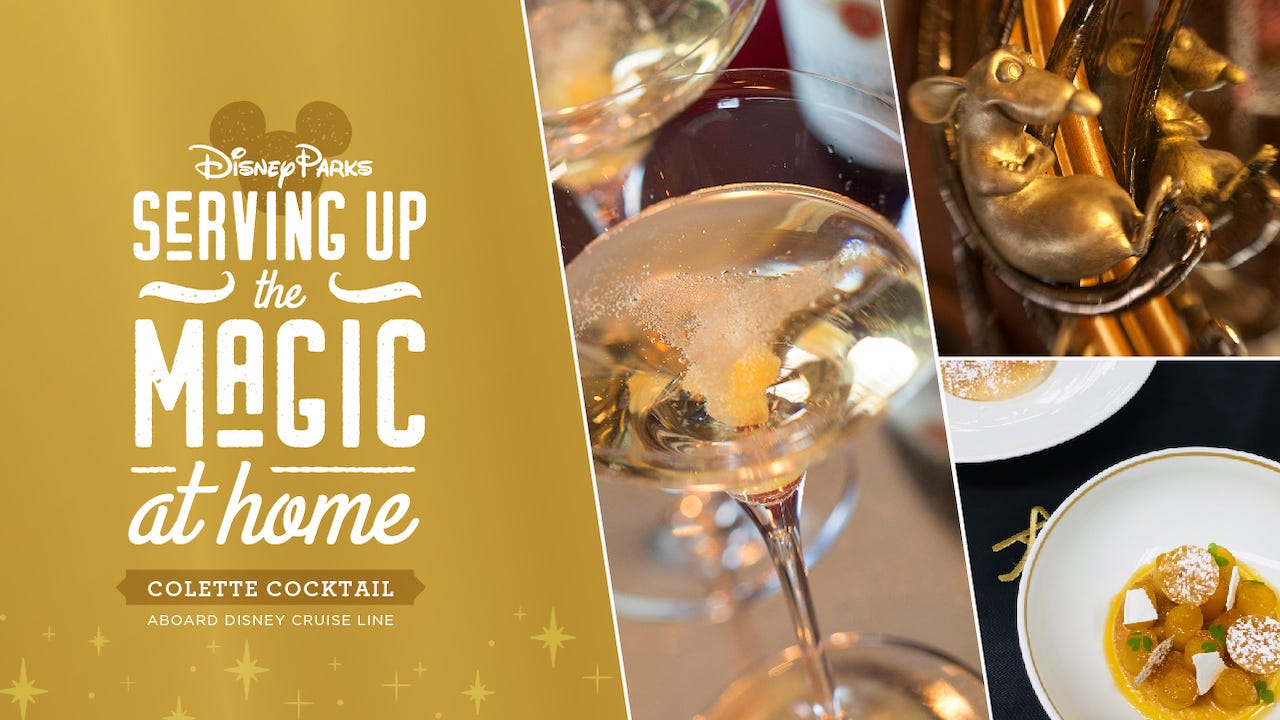