It’s annoying when you’re throwing a party, or just cooking dinner for friends, and you can’t get people to stay out of your kitchen. They get in the way, slow things down by trying to “help,” and attract more people into your space. Here’s how to keep them out.

Okay, so you don’t want your guests in the kitchen, but where do you want them?

The kitchen is the center of activity in most homes. It’s where you, and more importantly, the food and drinks are. If you have only one or two people over, it’s probably where you’re hosting them. It’s a natural place for people to congregate. If you don’t want your guests there, you have to offer them a better, obvious alternative.

Choose a room (or three!) where the party is going to happen and make them the party space. Get a good playlist going on Spotify. Position the couches and chairs to give people somewhere comfortable to sit and chat with the other guests. Make sure tables, or other places are nearby where people can put their drinks down. Have a party game or other activity? Set that up somewhere to give guests a focal point. You can even go so far as to decorate the area with banners and balloons.

By making an obvious party space, people will be less likely to congregate naturally in the kitchen. They have an obvious alternative.

Also, if you’re hosting the get-together with a partner, take it in turns to stay in the party space. That way, one of you will always be keeping an eye on the guests to make sure they don’t feel the urge to head to the kitchen.

Set Up the Bar and Snacks Somewhere Else

The bar can be as simple as you like. A few bottles of soft drinks, glasses, and some bowls of chips are enough for a lot of parties. If you can, setting up a small fridge will go a long way as it gives guests somewhere to get, or keep, chilled drinks. Just make sure you set up enough of everything—if the ice runs out or someone decides they want a cocktail, some muggins will head to the kitchen.

Also, if you’re providing snacks, scatter them throughout the party space rather than just at the bar. People congregate around food, so just having them at the bar can turn it into a new, annoying bottleneck.

And, if you have kids, draft them into providing table service for your guests, at least early on in the evening. Not only will it get them socializing with adults and other family friends, but your guests won’t have any need to get in your way—they’re being served!

Don’t Stay in the Kitchen Yourself

You are the glue that holds a party together; you’re the reason everyone’s there and, unless everyone already knows each other, it’s pretty normal they’ll flock to you. If you’re shacked up in the kitchen, then that’s where they’ll go.

It’s up to you to set the example here. If you don’t want guests in your kitchen, you can’t spend too long there yourself. If you’re cooking, make something that’s pretty hands-off, so you just have to slip in a few times to stir it. Now’s not the time to make individual dishes.

As well as setting up a designated, welcoming party area, another trick you can pull is to make the kitchen uncomfortable and unfriendly. No happy laughter and welcoming smiles allowed!

Start by making your kitchen physically uninviting. Move the chairs into the living room or another party area. Push your kitchen table to the corner of the room—maybe even use it to store coats. Make sure no music is playing in there, or worse, put on a dull, public radio show or a playlist of kids songs.

You can also make your kitchen harder to access. If you have two entrances, lock the more obvious one. Turn off the lights and close the door when you’re not in it.

While these options won’t stop guests from going into your kitchen if they’re determined, they at least make your kitchen a lot less inviting.

It’s a rare guest who goes out of their way to annoy the host. Most people are genuinely trying to help when they head into the kitchen, or at least they assume that’s where the party is. If you don’t want people in your kitchen, the simplest solution is also the easiest: Just ask nicely.

If you have set up a designated party area, have placed the drinks and snacks in a different room, and are not lounging in the kitchen yourself, all you have to do when friendly guests stick their head in is say, “Hey, thanks for the offer, but I’ll be back in a second! The party’s in the living room.” 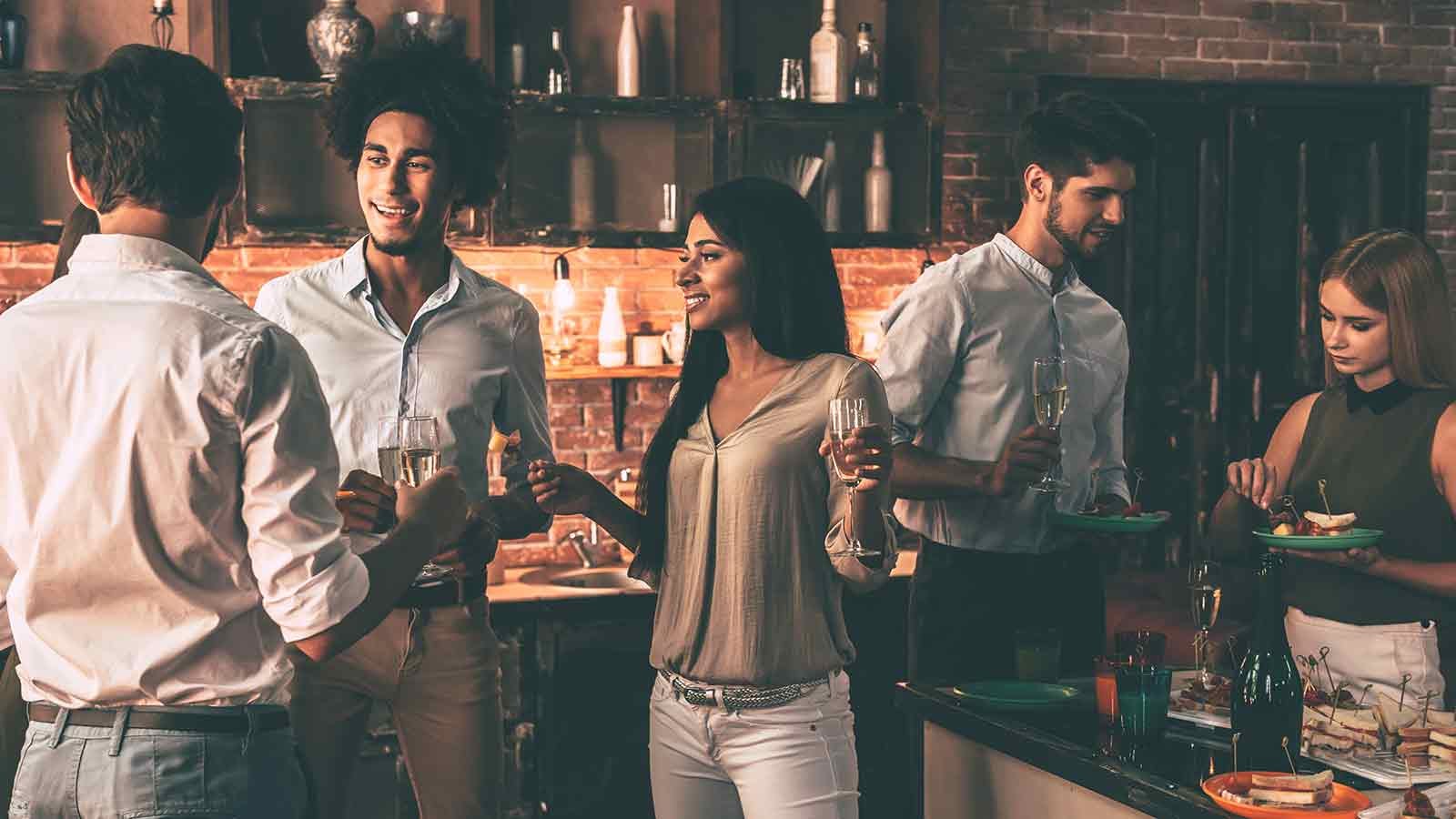