Those with duvet covers are well acquainted with the wrestling match that usually occurs whenever you have to actually put it over your comforter. But relief is on the way, bed-makers! This TikTok duvet folding hack will help you end the trauma that is duvet washing day.

TikTok content creator, @TheFoldingLady, put this hack to the test. Of course, we certainly trust her judgment, as all of her videos are about folding things. She found that this hack truly does work. It might look complicated, but the desired result is definitely achievable.

Using the opening, flip the entirety of the newly formed roll into the cover, roll it out, then button or tie the ends. That’s it! You now have a made bed.

There are actually multiple clips on TikTok of this hack, and it works every time.

So, practice a few times! Then, next time you wash your duvet cover, you won’t have to dread putting it back on. 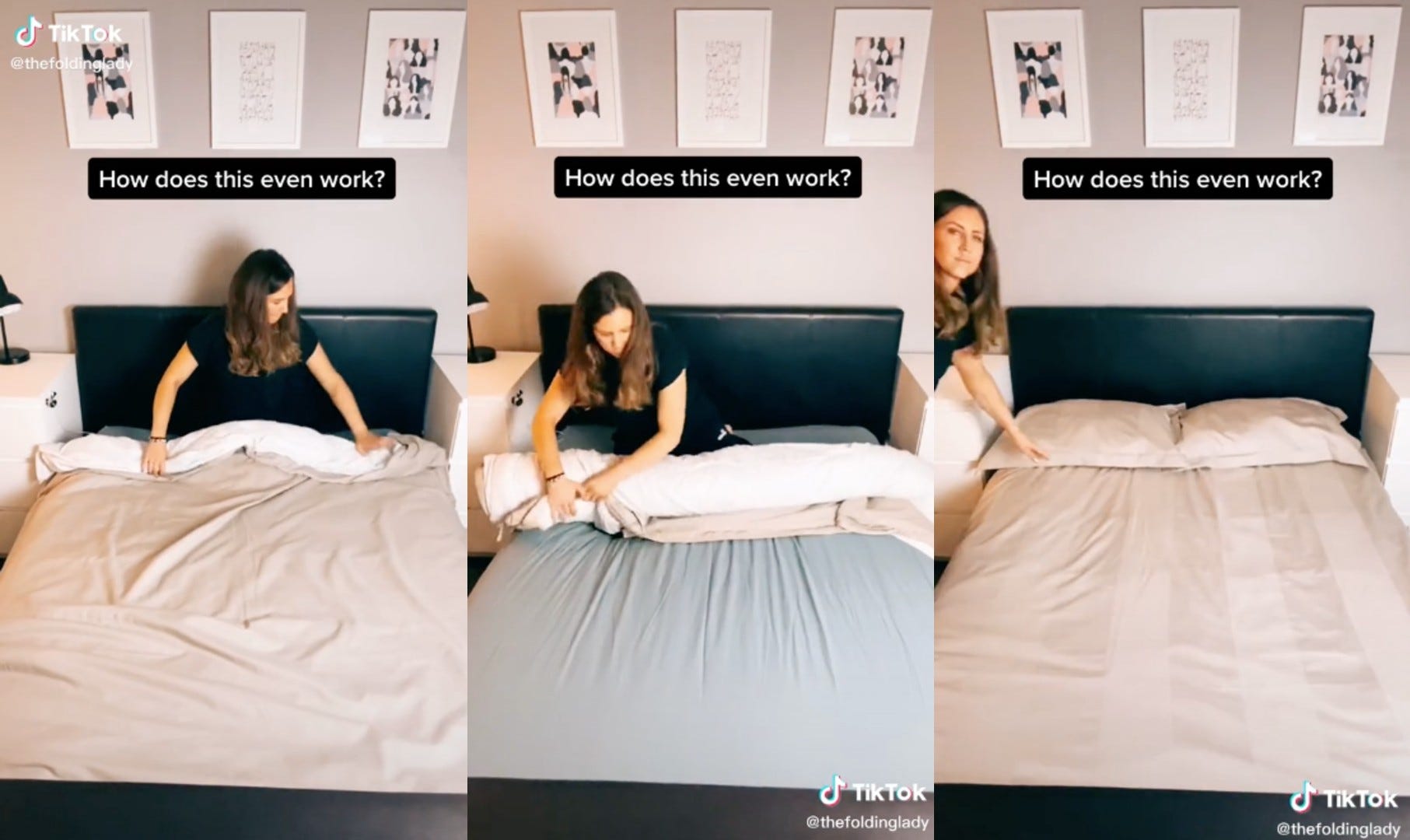