If you’re looking for fuller eyelashes, getting a lash lift is a pretty compelling alternative to getting lash extensions. Here’s what you need to know.

What Is a Lash Lift?

While no one seems to be tracking how many people get lash extensions each year, there’s no doubt that the industry is growing. More than half of lash extension providers have been in the business for just one to five years. The demand for semi-permanent artificial lashes is growing—but “lash lifts” offer a new and exciting alternative to extensions.

While extensions provide the dramatic look of false eyelashes, they also come with some unfortunate drawbacks. First, there’s the price. Lash extensions can cost up to $200 per set, and you’ll need a fill every two to four weeks. Then, there’s the maintenance. You’ll have to take care with how you apply makeup, wash your face, and even sleep to avoid damaging lash extensions. Finally, there’s the risk of damaging your natural lashes when you get extensions.

Lash lifts offer a gentler alternative for those who aren’t ready to commit to extensions, but want a semi-permanent change to how their eyelashes look. But how does it work, and is a lash lift right for you? Let’s take a look.

While extensions involve gluing artificial eyelashes to your natural ones, lash lifts don’t add anything you don’t already have. Instead, it’s like a perm for your eyelashes. This procedure curls your lashes and sets them so the curl lasts up to eight weeks. You can also add a lash tint at the same time to darken light lashes.

Lash lifts take less than an hour, as opposed to extensions, which take about two hours to put in. You just need to be able to keep your eyes closed for the whole procedure. If you opt for a tint, that will add about 15 minutes to the process. (Falling asleep during a lash lift is totally acceptable.)

The technician will glue your lashes down to a silicone shield to hold them in the curled shape. They’ll choose the shield shape and size based on how your natural lashes look, and the kind of curl you want. Then, they’ll apply a perm solution to make your lashes curl. Your lashes will feel a little weird since you’ll feel that they’re stuck to the silicone shield on your face. But although the feeling is odd, it’s not painful or uncomfortable.

After the perm solution has been left on for a few minutes, your technician will apply a setting solution to set the curl in place. Then, they’ll typically finish with a lotion or oil to hydrate your lashes.

You’ll usually pay between $70 and $100 for a lash lift. It’s pricey, but less than half what extensions cost. Plus, the results of a lift last more than twice as long as extensions.

One of the most appealing things about a lash lift is that they’re so low maintenance.

You can’t get your lashes wet for 12 to 24 hours after the procedure, and you’ll also need to avoid makeup for that first day. But after that, you can go back to your normal routine—including wearing mascara, if you want to. However, many people find that they wear mascara less often following a lash lift.

You also don’t need to do anything once your lashes start to go back to normal. Unlike extensions, there’s no removal or fill process. You just get another lift after about eight weeks or let your lashes return to their ordinary state.

Are There Any Risks?

While lash lifts aren’t as likely to damage your lashes as extensions, there are still some precautions you should take.

Most importantly, make sure you get your lash lift done by an experienced professional. If the treatment is left on too long or otherwise misapplied, it can damage your natural lashes. While the risk of permanent damage is slim to none, no one wants to wait for their damaged lashes to grow back.

Also, for the best results, don’t wear makeup to your appointment. You’ll probably also want to take a shower first since you can’t get your lashes wet for 24 hours.

Is a Lash Lift Right for You?

If you feel that your natural lashes are too straight to be noticed, or if you want to add drama to your look without the commitment of extensions or falsies, a lash lift might be right for you.

RELATEDHow to Remove Your Makeup

However, lash lifts don’t work equally well on everyone. They add a curl, but they don’t add length or volume. So if your lashes are short and thin, as well as straight, a lift won’t do you much good. Lash lifts are best for people with lashes that are long, but straight or pointed downward.

Still, there’s virtually no harm that can come of a lash lift. If you’re curious and you have the budget, we’d suggest you try a lift before you try extensions, which can damage your natural lashes far more easily. 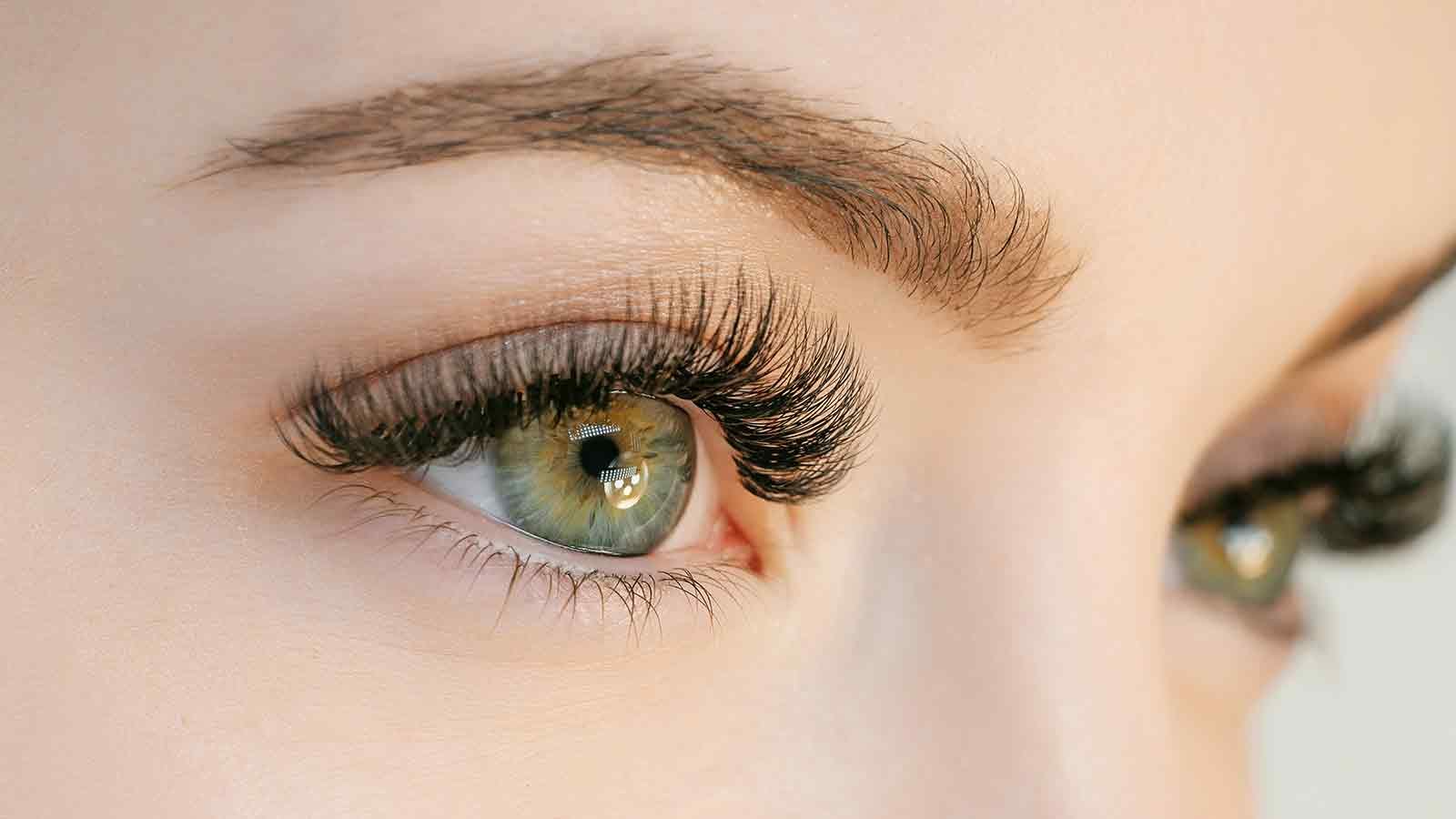