Seitan (yeah, it’s pronounced “say-tan,” but don’t let that scare you!) is a vegan meat substitute that’s currently blowing up on TikTok. Essentially, it’s a blank canvas you can season and shape into pretty much any meat you want. From fried chicken to beef jerky, these nine seitan recipes are sure to impress!

The most basic seitan recipe involves mixing vital wheat gluten with water to form a ball of dough, then boiling it until it’s cooked through, giving it the look and texture of meat. Seasonings, sauces, and other ingredients are then added to give it that extra meat-like taste and oomph.

You can purchase seitan premade at most grocery stores, but you’ll learn to make your own in the recipes below, and each of them does it a bit differently.

If you’re not a veggie burger fan but want to eat less meat, try this recipe! Seitan provides a nice bite without the mushiness you get with black beans, chickpeas, or vegetables.

You’ll get meatiness from beets, salt, and umami from soy sauce, heartiness from lentils, and a real grill flavor from liquid smoke. Pile your favorite burger toppings on a great bun and you’ve got a meal that vegans, vegetarians, and omnivores will all love.

You won’t believe the taste and texture of this fried chicken alternative. This recipe uses a variety of unique methods to get the seitan moist and tender, like employing canned chickpeas and layering the dough with vegetable oil to give it the flaky texture of real meat.

It’s packed with flavor and will seriously blow your mind. Serve this dish with your favorite dipping sauce as an appetizer or with mashed potatoes and gravy for a wholesome meal.

Get the Recipe: School Night Vegan

A great vegan meatball needs to have a chewy texture and not turn to mush when mixed in a sauce. Seitan helps to meet the goal here by providing structural integrity and flavor that will rival anything you can find in the frozen aisle.

Ground nuts give the texture of ground beef when cooked and finish the ensemble. These can be served over spaghetti with a killer sauce for a satisfying dinner.

Get the Recipe: Yup, It’s Vegan!

Storebought vegan pepperoni can be disappointing. It’s often weirdly bland or super spicy to make up for the odd texture. It might seem like a lot of effort to make your own, but the finished product is worth the effort.

This recipe is great for anyone who needs their weekly pizza fix but is trying to cut back on all the sausage and ham in their diet. It can also be used on sandwiches or served with cheese and crackers on a homemade charcuterie board.

Get the Recipe: Nora Cooks

Make a better-for-you version of this classic barbeque treat. These are more sausage-like with added spices and flavor. The recipe also includes links to make your own homemade hot dog buns and fries if you’re feeling adventurous and have time to spare. Otherwise, serve them with your favorite toppings and sides.

Get the Recipe: Elephantastic Vegan

It’s hard to top a perfectly juicy steak, but this vegan recipe comes pretty close if you’re looking for an alternative to red meat. In addition to vital wheat gluten, you’ll add lentils, tomato paste, liquid smoke, and plenty of seasonings for a meaty texture and flavor.

It also has a marinade to get that real steak flavor infused. After steaming the patties, they’re grilled for a nice char. Serve with your favorite steak sauce and some veggies for a high-protein, low-fat dinner.

Nothing rounds out a hearty American breakfast of pancakes and eggs like a good breakfast sausage. Whether you’re trying to decrease your meat intake or you’re a devout vegan, these sweet and slightly spicy sausages are full of flavor. You can leave out the chili flakes if you don’t like spicy foods.

After forming them into rolls and steaming them until tender, you can fry these up in a pan for a crispy sausage texture. You can also freeze them for up to three months and reheat them when you’re ready to eat.

Get the Recipe: Karissa’s Vegan Kitchen

Once you’ve gotten a handle on making seitan, try recreating your favorite Chinese takeout meal. This version is pan-fried for super crispy pieces of “meat” and tossed in a sticky, sweet, and spicy sauce. Serve over rice with some steamed veggies for a hearty meal. You can also double the sauce recipe if you want extra to cover your side dishes, which is optional but highly recommended.

Get the Recipe: Yup, It’s Vegan

This recipe takes a while to make but the steps are easy to follow and you end up with a healthier version of jerky that’s way cheaper than what you’ll find in the store. Seitan is a portable snack that is perfect for taking on road trips or outings. Plenty of teriyaki flavor is built into the dough, and a homemade sauce is brushed on before baking for an extra punch.

It can be a little tricky to tell when your jerky is done baking, so err on the side of slightly underdone so you don’t end up with a product too tough to enjoy.

Get the Recipe: My Quiet Kitchen 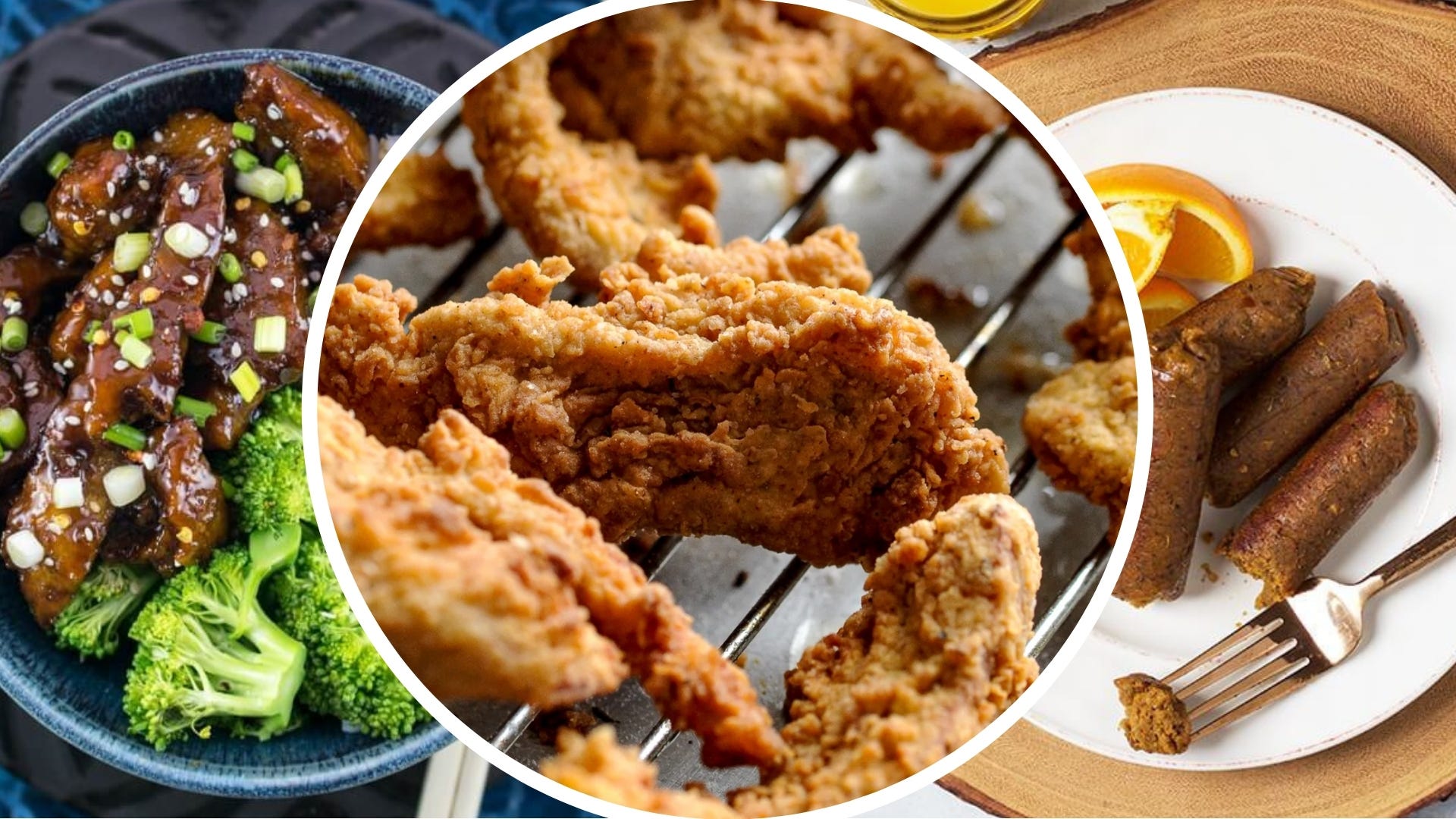