If you’re a fan of Sonic Drive-In’s famous Slushes (and you’re 21 or older), we’ve got some exciting news! The diner-inspired chain is launching hard seltzer versions of its iconic slushie drinks.

Greg Horton, a writer at 405 Magazine, broke the news about the seltzers on Twitter. The restaurant is teaming up with Oklahoma-based microbrewery, Coop Ale Works, to launch hard seltzer versions of its Slushes.

They’ll be launched in two variety packs: Tropical and Citrus. The slushie-inspired flavors include Ocean Water, Cherry Limeade, Melon Medley, and original Limeade, and each can will have a 5% ABV.

Definitely the biggest beverage news this year for Oklahoma. @sonicdrivein and @COOPAleWorks have entered into an agreement that will triple COOP’s production. Sonic is bringing some of their famous flavors to hard seltzer starting May 1. @405Mag @RNDC_USA pic.twitter.com/p7vQCzYVQD

Unfortunately, the price of the variety packs hasn’t yet been revealed. However, the chain did confirm with Thrillist that the seltzers will be available nationwide starting May 1, but no, you won’t be able to order them at a Sonic drive-thru.

If you want to know where you can get these hard seltzers and for how much, be sure to follow Sonic’s social media accounts for announcements. 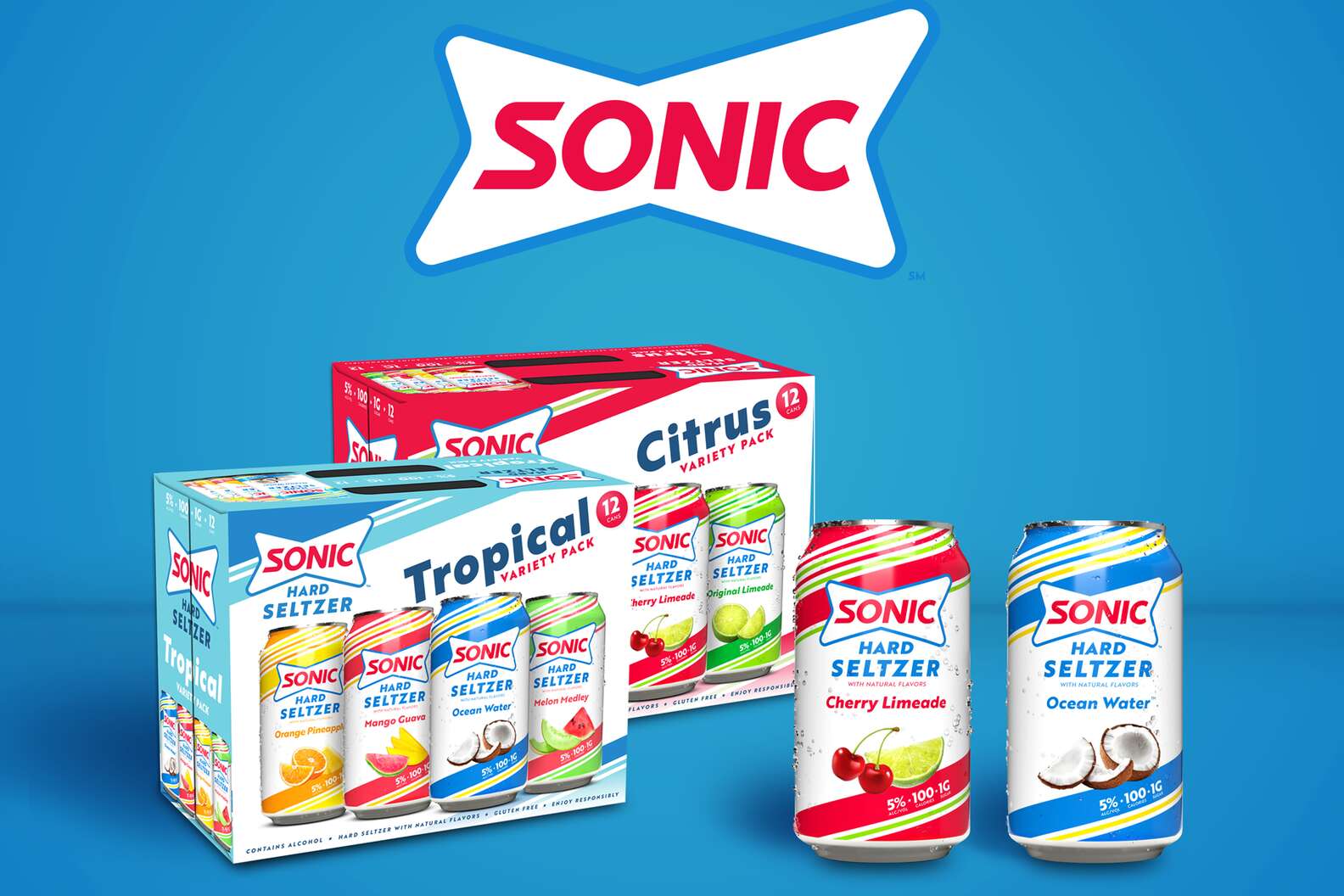