Most of us have been using planners on our phones and tablets for years, and they’re definitely convenient. However, from the planning stage to completing tasks or achieving goals, the old-fashioned paper planners have a leg up on their digital counterparts in several ways.

There are some excellent AI-driven planners out there that can almost do all of your planning for you. However, when you handwrite something, it’s much easier to commit it to memory, which means that you’ll also be far less likely to forget it. This, in turn, makes it much easier to stay focused and get things done.

Let’s take an in-depth look at some of the reasons that you might want to ditch the digital planner for a hardcover version.

It’s a fact that writing things down helps you remember them. This is because it allows you to process whatever you’re writing in a more detailed way. When you type something, you’re often more focused on where the letters are than the actual words.

RELATEDHere's Why You Remember Things Better When You Write Them Down

A 2014 study found that people who took handwritten notes in class often did better on tests than those who took notes on their laptops, given that everyone had time to study. However, there wasn’t much difference between the two groups when students were tested immediately after a lecture.

With that in mind, though, if you handwrite all of your plans in an analog planner, you’re still more likely to retain a long-term memory of them than you would if you used a digital planner.

When you use a planner app, you probably often find yourself moving from it to another app that has nothing to do with getting your work done and meeting your goals.

For example, say that you pick up your phone to add a meeting to your planner and notice that you have a social media notification. An hour or two later, you’ll likely resurface from a TikTok rabbit hole only to realize that you now have only five minutes left to prepare for a presentation. Handwriting in a planner gives you some much-needed tech-free time.

All of those noisy alerts are yet another problem. If you have a digital planner, you have to leave the ringer on at all times to get reminders about any meetings or deadlines. This also means that you’ll be getting all of those other app alerts unless you individually shut them off.

If you’ve written things down in an analog planner, though, you already have a better memory of what you have planned. You can check a paper planner at your leisure without any annoying beeping or dinging.

It Can Reduce Stress

Stress is, unfortunately, a side effect of life, but there are some things that you can do to reduce the effect it has on your day. The main reason that anyone uses a planner is to reduce stress in the first place. After all, it removes the pressure of having to remember everything that you have to do.

With an analog planner, it’s even easier to leave work and chores at home when you’re enjoying some time off. All you have to do is leave it in a desk drawer—something that you probably can’t even think of doing with your phone.

Additionally, you get into the practice of mindfulness when you write down your plans and appointments. You’re giving time and attention to the things that you want to accomplish or need to do, each day, week, or month. You’re being mindful of the stuff on your agenda and focusing on it.

It Can Increase Your Motivation

When you write things down, it’s easier to prioritize them without rambling, as is often the case when using talk-to-text or Swype. When you have to handwrite everything, you’re far less likely to waste time scribbling fluff or rewriting lists. It makes it much easier to simply move through the planner to the next course of action.

Choosing the right planner can also help increase your motivation to get things done. We like the goal-oriented planners, like this one from Law of Attraction. It will push you not only to make more plans, but also, to work harder on the follow-through.

The right planner can help you set goals and stay on track to achieve them. It can also help you remember things and manage your time more effectively. If you’re also a list maker, you can go analog with those as well. 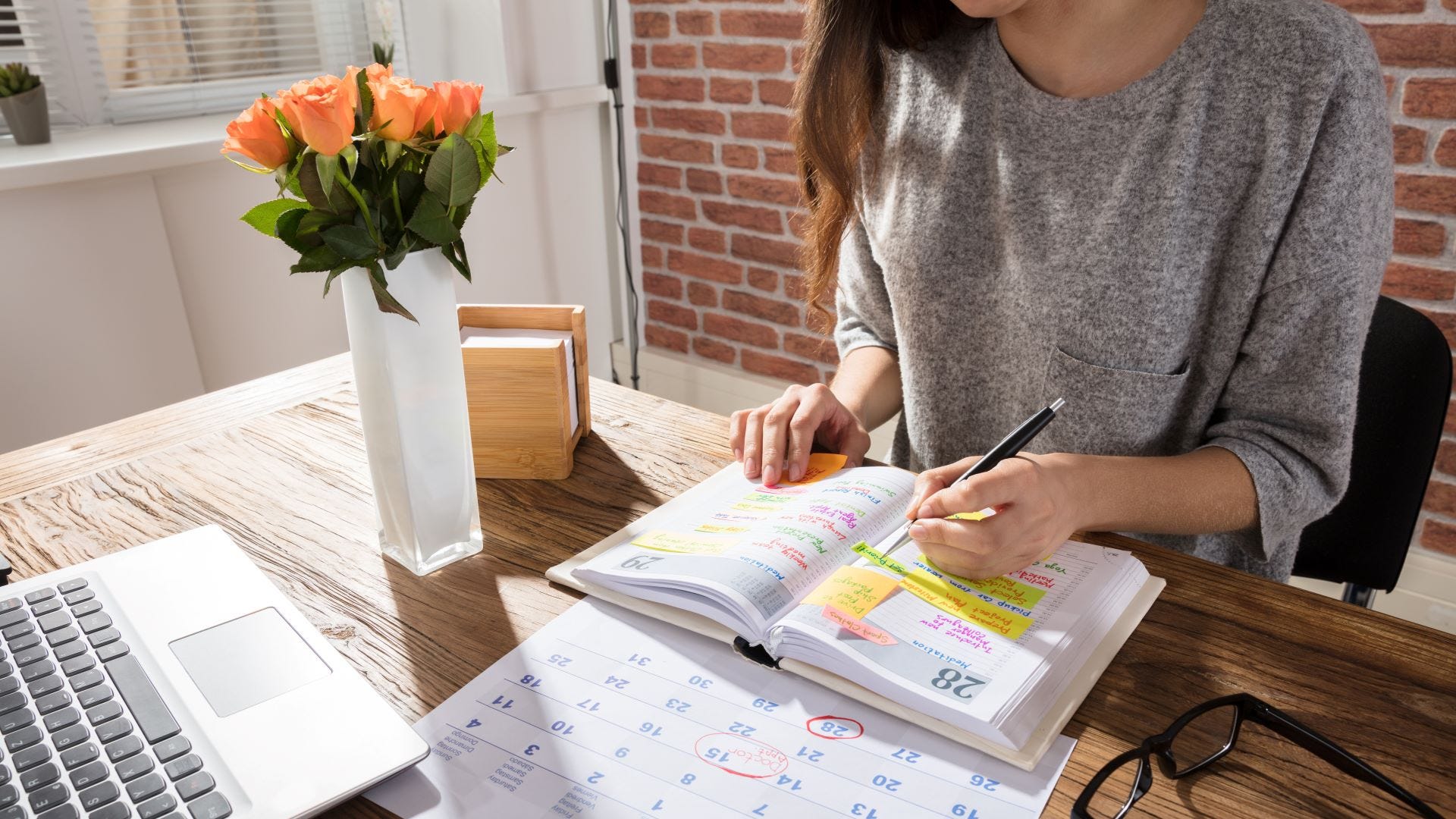