Look away, bacon lovers. Adventurous foodies, vegans, and vegetarians, however, keep your eyes peeled (pun, intended). You can create something that tastes similar to bacon from banana peels.

To get down to the nitty-gritty, banana bacon is, obviously, not bacon so you shouldn’t expect it to taste just like the pork-based breakfast food. But for those who practice a meatless diet or just love trying new recipes, you might want to give this a shot.

Created by Charles W. Hunter III, the chef and blogger over at The Salted Table, the banana peel process first appeared on Twitter and then went viral, accumulating over 3,000 likes and 2,000 retweets.

According to Hunter, the secret is in the seasoning. To create the food, he first removes all the pulp from the peels and lets them dry. Then, using a special blend of seasonings including Liquid Smoke and soy sauce, he marinates the peels in the fridge for about two hours.

Next comes the frying. He recommends starting with a cold pan, then gradually increasing the heat to avoid burning. Once it turns the color of bacon, it’s done! Then, you just let it rest to crisp up a bit.

Of course, the most important question is what does it taste like? According to Hunter, it opens with a spicy flavor before you get the smokiness. After that, the sweetness hits, along with a bit of bitterness from the peel, and a mild hint of banana.

If you want to make Hunter’s banana peel bacon, you can check out his exact instructions (and the marinade recipe) on his Twitter.

Looking for more vegan dishes? How about a black bean walnut burger or some vegan fried rice? Yum! 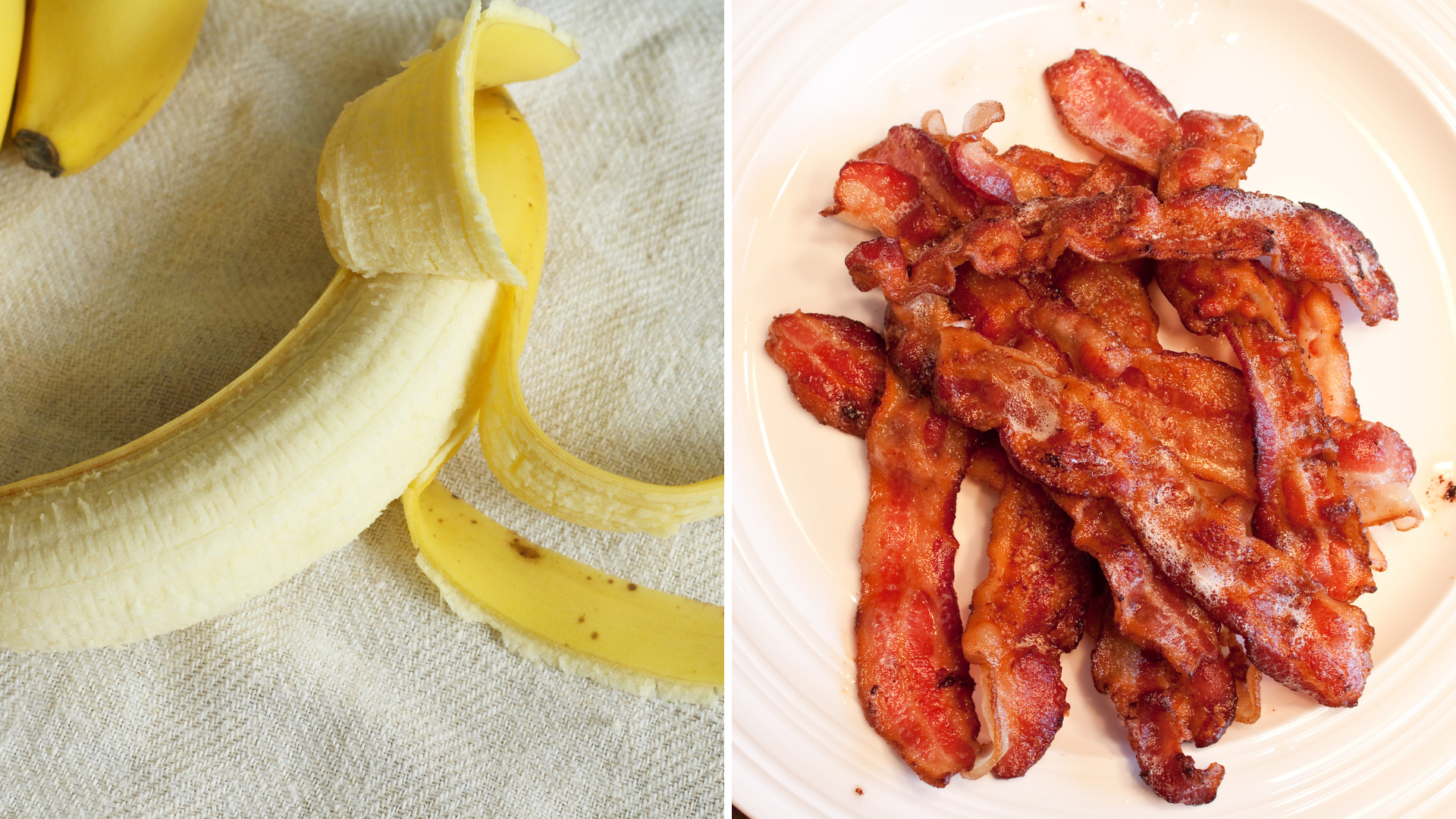