Is anyone more qualified to design toys than a kid? IKEA doesn’t think so! The brand recently let kids design a line of plush toys with some adorable (and charitable) results.

Every year, IKEA hosts a competition called SAGOSKATT. Children from around the world compete by submitting their artwork for the toy of their dreams. This year, there were over 66,000 entries, and five lucky winners got their drawings turned into new plushies.

The brand remains as faithful to the original artwork as possible and the results are a riot!

Some of the new stuffed toys include a peanut butter and jelly sandwich pair, a blue-and-violet striped cat, a fried egg with a face, and a hybrid mermaid-dog. But the winner was the bird shown below, designed by 11-year-old Nick, who was the first winner from the United States since 2017.

The other great part about the contest is it’s for charity. IKEA donates 100% of the proceeds from the toys to initiatives and charities that “promote children’s right to play.”

The toys will debut at IKEA stores later this year, but, at this writing, an official launch date has yet to be announced 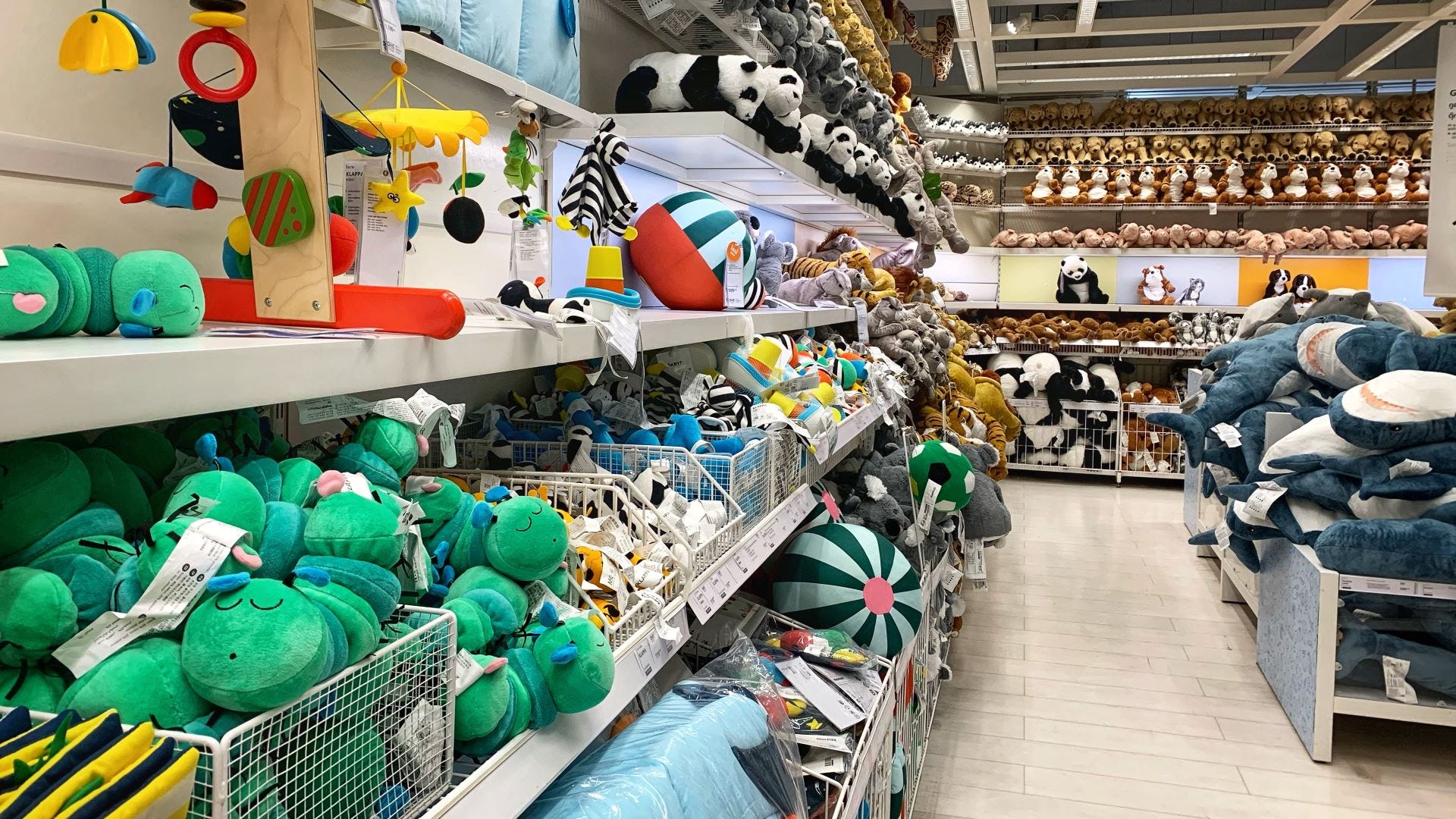