The name Cadbury is synonymous with Easter, and, of course, the brand’s mascot is a bunny, right? Not this year, folks! The new Cadbury Bunny is, in fact, much smaller and greener.

As you likely already know from the brand’s famous annual commercial (see below), Cadbury holds auditions every year for a new animal to become its new “bunny” mascot. And the winner doesn’t even have to be a rabbit.

In fact, any animal can be entered for a chance to become the brand’s new face (or snout, as the case may be). This year, the winner was Betty, an Australian White’s Treefrog, from Stuart, Florida. Betty “enjoys snacking, bathing in her favorite bowl, jumping around and hanging out with her fellow frog friends.”

The new Bunny-Frog won the 2021 title after a nationwide competition in which there were over 12,000 total entries. Judges from the brand narrowed the field to 10 animals and chose their own winner, then it was in America’s hands.

For the second year in a row, the country chose the same winner as the Cadbury judges. Not only is Betty the first amphibian to win the title, but she’s also the smallest animal ever to hold it.

If you’ve been charmed by this frog princess and want a pet of your own to enter in next year’s contest, check out these tips for choosing the right animal for your family. 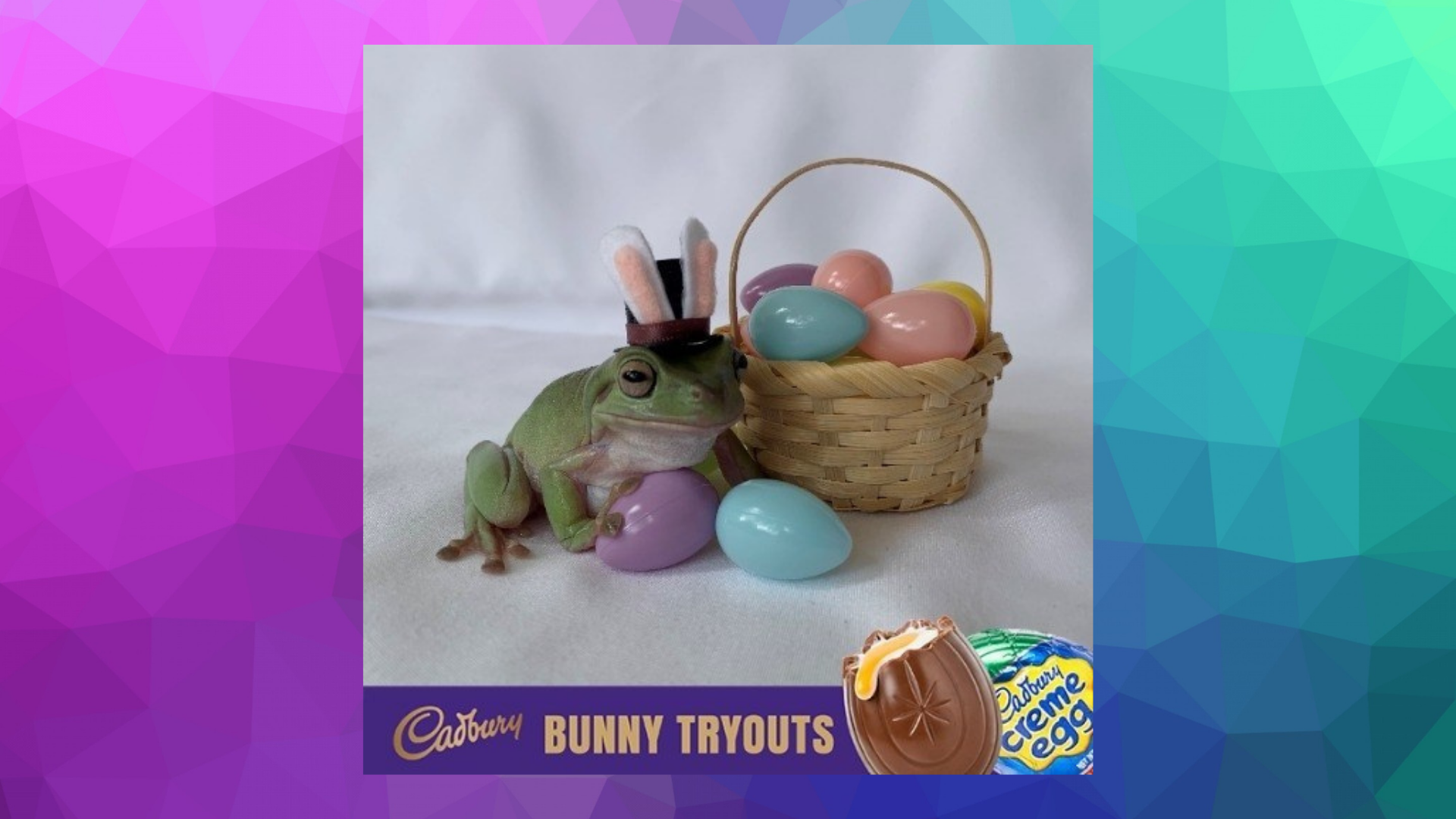