As the weather gets warmer, spring cleaning and junk purging are likely on your mind, but the prospect can be daunting. If organizing your home is on your to-do list, this tip is the best way to get started, according to an expert.

Those who feel like they’ve accumulated the world’s largest amount of stuff tend to dread the process of decluttering and getting organized. However, according to Cas Aarssen, creator of the Clutterbug method, five minutes of “trash bag therapy” (that is, purging some stuff you can toss) is all you need.

“Set a timer and tell yourself, I only have to do five minutes,” Aarssen said in an interview with The Spruce. “Usually what happens is you get started and you’re motivated, and you keep going, and it isn’t as bad or scary as you thought. Or, even if you stop, your house is better than it was, and you’ve done five minutes.”

Working for five minutes just a few days a week adds up over time. Then, whenever you’re ready to tackle the larger organizational and decluttering projects, you’ll have already chipped away at the seemingly insurmountable task.

If you want a more extended way to declutter, try this month-by-month plan. 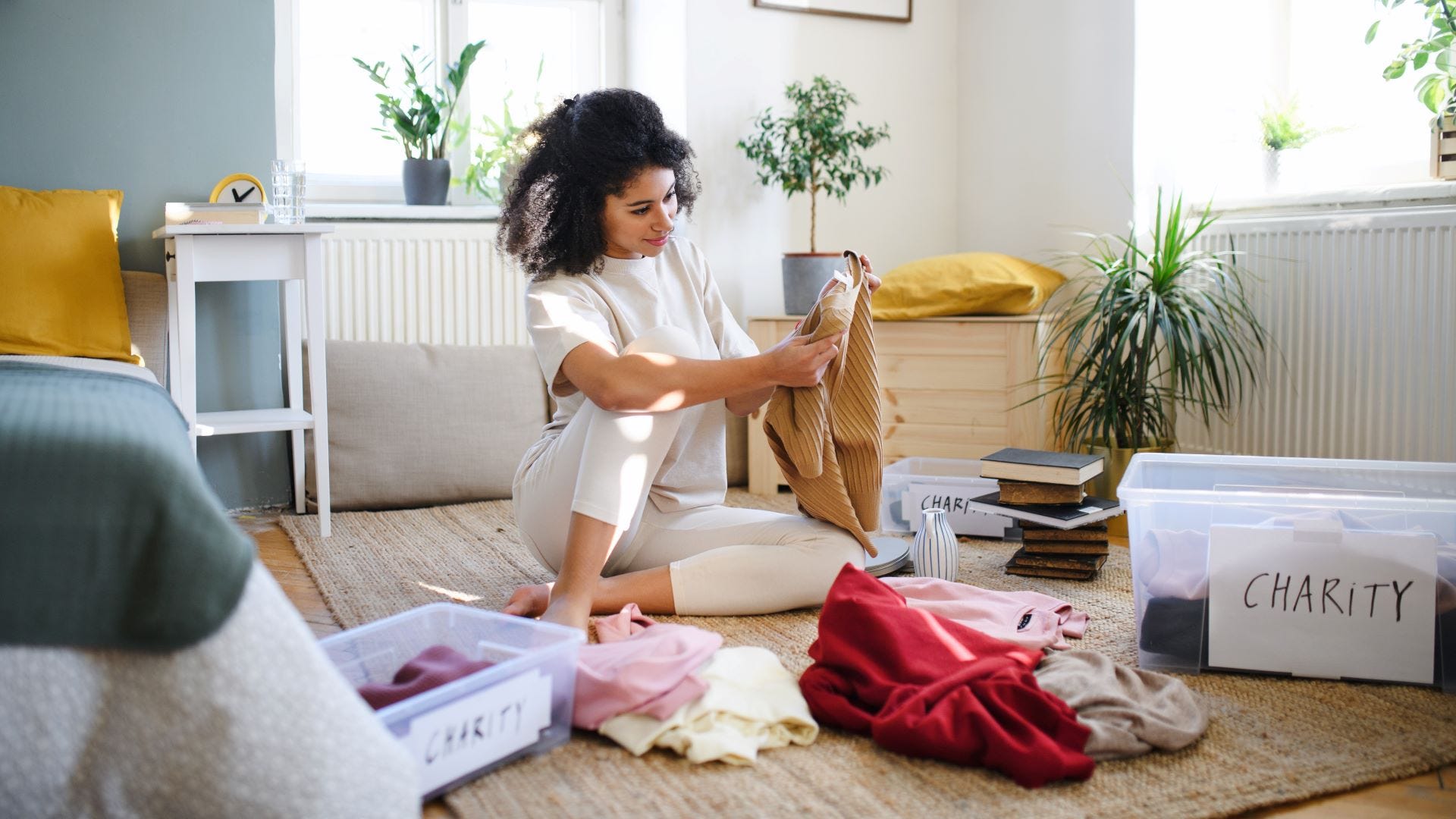