March Madness isn’t just about basketball. DoorDash recently broke down the biggest snacking trends in the United States, and the results likely won’t come as a shock. Americans love their hoops, but they also love to snack!

DoorDash teamed up with Pollfish to survey 1,000 people. The food-delivery service used its own convenience store ordering data from March 2020-March 2021 to create Bracket Bites in honor of March Madness.

Three key categories of snacking emerged from the data: spicy, sugary, and salty. In the spicy category, hot chili pepper and lime tortilla chips saw a 1,538% increase in popularity, making them the trendiest snack food. Sweet items, like peanut butter cups and fruit snacks, also jumped of 313% and 401%, respectively. As for salty, it was sour cream potato chips for the win.

However, the survey didn’t just reveal what people are eating, but also, their snacking patterns. From the data, it appears most people tend to snack as a “second dinner,” after their final meal of the night. Generally, 8 p.m. is prime snack time, with those on the East Coast snacking a bit later at 9 p.m.

The other popular time to grab a little something to munch on is when multitasking. According to the report, people snack most when on the phone, in a work meeting, getting dressed for the day, or—get this—while using the bathroom.

In honor of the Snack Bracket, DoorDash also has a treat for customers. From now through April 5, you can score $5 off your DashMart order of $15 or more! Just use the code BRACKET5 to receive your discount,

If you’re having a snack attack right now, but aren’t sure if you want something spicy, sugary, or salty, check out these gas station orders that went viral for a little inspiration. 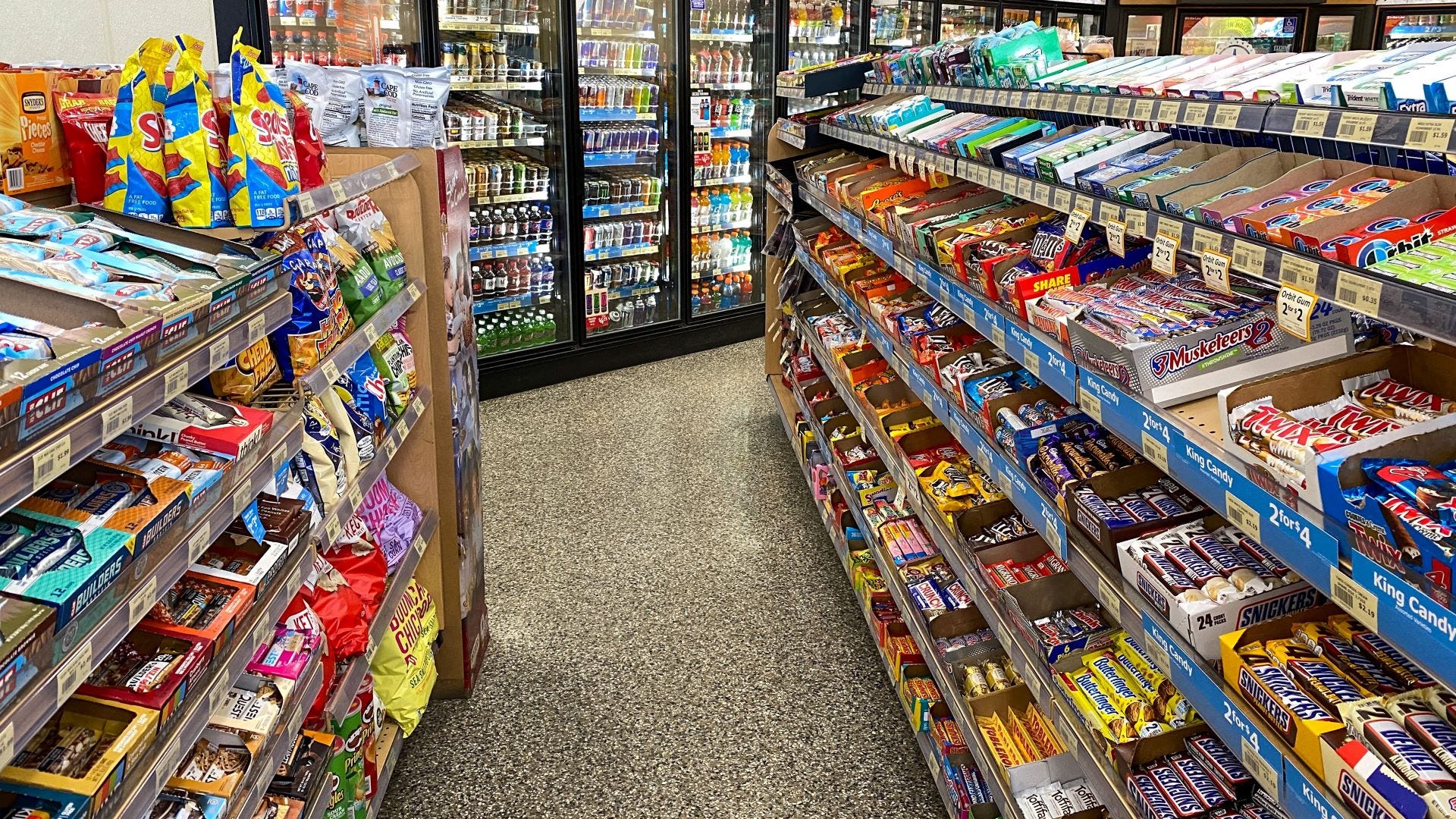