Those who think all vacuums are created equal haven’t seen the new Dyson. Sure, maybe you have a robot vac or one with a detachable handheld, but does it have a laser?

The master creator of everything from appliances to hair tools has launched a brand-new vacuum, and yes, it has a laser. The Dyson V15 Detect is part of the brand’s cordless range of cleaners, and it was developed by a team of 370 engineers around the world.

The vac’s filtration system captures 99.99% of dust particles, but the impressive features don’t end there. The new V15 has a laser that casts a green light over your floor to reveal any dust particles that have been missed.

The design was inspired by an engineer who noticed airborne bits of dirt and dust were visible in the sunlight as he cleaned. The laser essentially acts as faux sunlight, so you can ensure that you get every single bit of dust and dirt. Even debris that is invisible to the naked eye will be captured by this Dyson.

Like its high-tech laser, the vacuum also features a sensor that displays the amount of dust and dirt it’s picked up on an LCD screen. The acoustic piezo sensor detects the particles in the bin via tiny vibrations that are then converted to electrical signals. The size and quality of the dust are then measured and displayed so you can see just how much cleaning you’ve actually done.

Want to get your hands on this high-tech wonder? Well, it’ll cost you. The Dyson V15 Plus with the LCD screen sells for a cool $899, while the version without the screen is $699.

If you can’t afford to drop nearly a grand on a vacuum, though, you can still get those floors spotless by making up a batch of DIY floor cleaner. 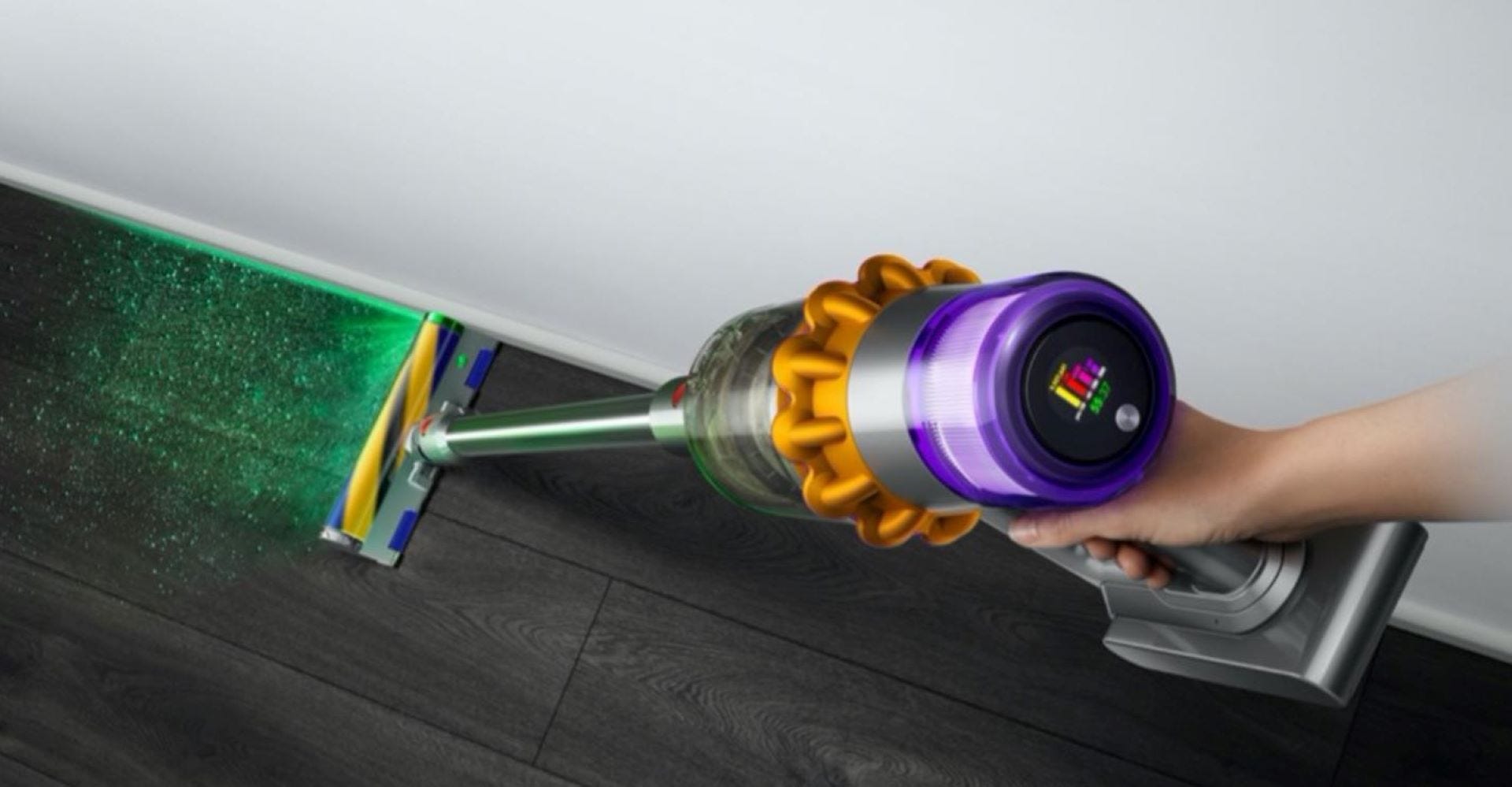