Before you toss those coffee grounds, you might want to consider all the things you can do with them. From exfoliating your skin to cleaning the kitchen, coffee grounds can help you with many household tasks.

When it comes to skincare, it’s the caffeine in coffee grounds that offer all the benefits. While spent coffee grounds don’t have near as much caffeine as they do fresh, they still contain anywhere from 3.59-8.09mg of caffeine per gram. That’s more than most chocolate bars.

Combined with their rough texture, coffee grounds have tons of household uses you probably had no idea about. That’s why we’ve outlined some of the most useful below.

If you ever smell sewer gas in your home, you should call a professional immediately. The reason we bring it up, though, is because a study that used coffee grounds to filter gases found they can eliminate even that tough, stinky odor.

If they can do that, just imagine what else they can freshen up around the house. Like baking soda, coffee grounds absorb and destroy odors.

To use your coffee grounds for deodorizing your closets, bathroom, or refrigerator, you’ll need to first dry the grounds out. Do this by spreading them out on a cookie sheet and letting them air dry for a few hours.

Once dry, you can scoop some into nylon socks or cut-up pantyhose, tie them off, and place them where you want to remove odors.

Dried-out spent coffee grounds have a rough texture, much like they did before you brewed that pot of deliciousness. It’s that rough texture that makes coffee great for cleaning, mixed with the ability to absorb odors.

To use your coffee grains for cleaning, you’ll want to mix them in with your preferred cleaning agent or some dish soap after you’ve dried them out. Use immediately so that the grounds don’t soften up too much and lose their scrubbing action.

The same way dried spent coffee grounds work to scrub your kitchen counters, they also work for scrubbing your skin, from head to toe. You can use your leftover grounds from each morning’s pot of coffee to exfoliate in the shower before heading off to work.

To make an exfoliant gentle for your face, you’ll need a few ingredients besides your used coffee grounds. There are tons of different recipes floating around, but almost all of them call for coconut oil as a base to help the grounds move around smoothly.

Brown sugar is usually in the mix, as well, to act as a mild exfoliant, then some vanilla for a pleasant scent. You can start with the recipe below, then adjust for more (or less) exfoliating goodness:

The antioxidants in coffee also boost collagen in the skin, which is why people swear by it as a way to fight cellulite. Unfortunately, no matter how many people think a coffee scrub will permanently get rid of cellulite, it definitely isn’t a permanent solution.

However, it can make your skin appear smoother for a week or two at a time. Even without long-lasting effects, it might still be worth a try.

Battle Dark Circles Under Your Eyes

Tired of puffy eyes when you don’t get enough sleep at night? Those spent coffee grounds can help reduce that undereye swelling. One blogger tried it out and reported how it went, along with some photos.

For this trick, you don’t have to let your coffee grounds dry out after enjoying your brew. Instead, just let them cool, then rub them under your eyes. Be very careful not to get any in your eyes, however.

If your dark wood furniture is looking a little scuffed, you can darken the scratched parts again by rubbing some wet spent coffee grounds on it. Even if the grounds are still damp from brewing, you might need to add a bit more water to them to make this trick work.

You definitely want to stick to using your coffee grounds on darker furniture. Using them on wood with natural or light stain colors will darken the wood and make the scratches more obvious.

If you have a compost bin, you should be tossing your grounds in there, rather than throwing them out. Coffee grounds offer a plethora of benefits when it comes to composting. They’re an excellent source of nitrogen and also improve the structure of soil.

If you’re not composting yet, it’s pretty easy to get started—NPR has some great tips for beginners.

If you’re wondering why we didn’t include using coffee grounds as a steak tenderizer or adding them to garden soil, it’s because the acidity you need for those is gone after you brew them. Obviously, though, there are many practical uses for your daily grounds. Try them all out and see which works best for you! 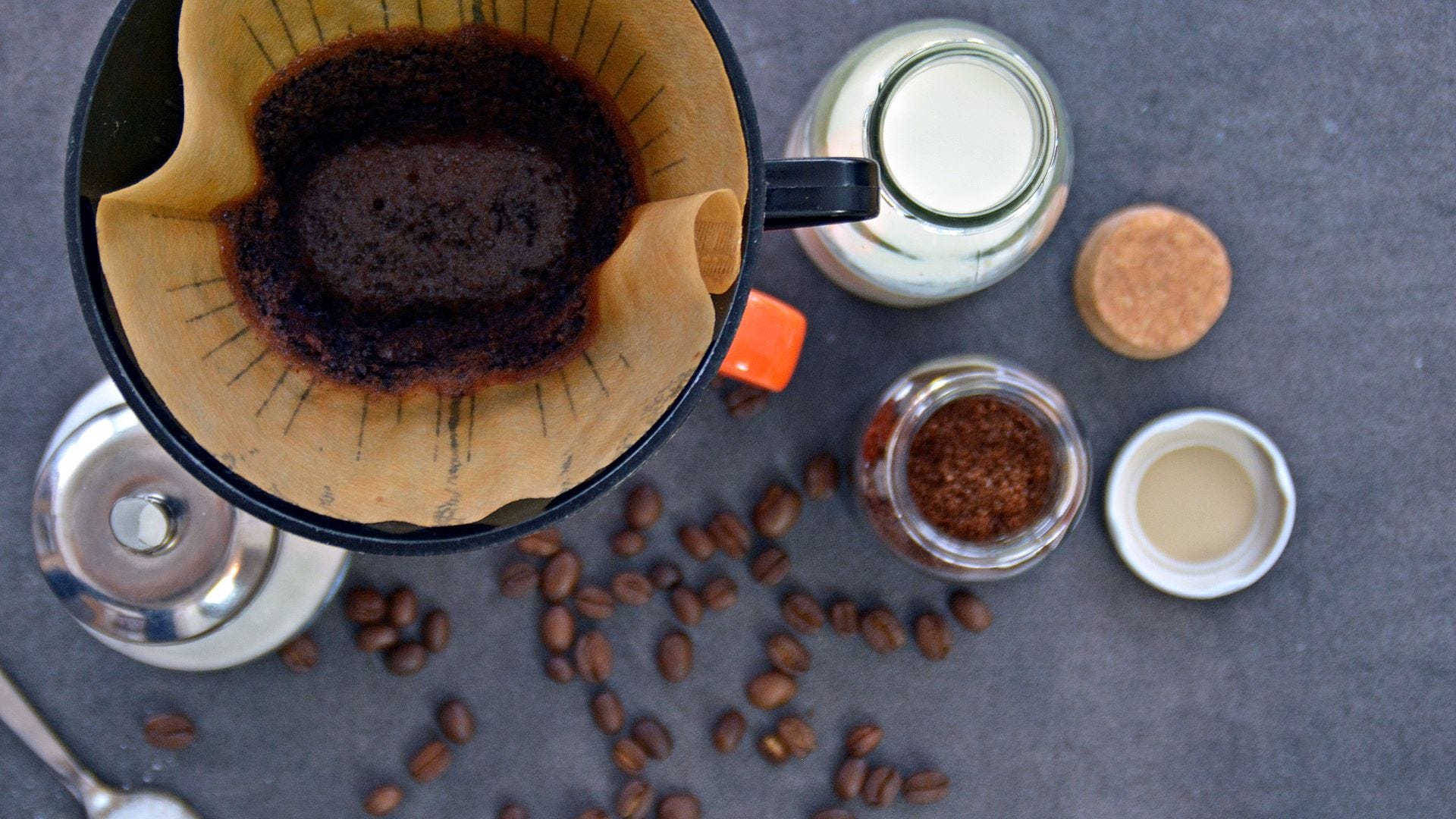