The world is full of amazing natural wonders. While parks like Yellowstone and Yosemite are often the go-to’s in the United States, there are hundreds of parks around the globe you should know about.

From mountains that look like they came from another planet, to underground cities and active volcanoes, this list covers just a few of the spectacular locations you can visit across the globe. Even if you can only visit the U.S. parks this summer, be sure to bookmark the international locations for a future trip!

Zhangjiajie National Forest Park feels like stepping onto another planet. Buried deep in the Hunan province of China, this national park is the most sought-after attraction of the much larger Wulingyuan Scenic Area that it belongs to.

While the park is full of deep ravines, rivers, and dense forests, it is most well-known for the pillar-like sandstone formations that dot the area. These are the result of thousands of years of physical erosion. They are often referred to as the “Avatar Mountains” because James Cameron drew inspiration from this area for his film Avatar.

This park is one of the most awe-inspiring places in the world. Seeing the pillars jut into the misty skies will leave you speechless. There’s a lot more to see in the area as well, including wild monkeys, a glass bridge, and the world’s longest cable car. Give yourself at least four or five days to get through the main attractions.

Located in New Mexico, White Sands National Park gets its name from the miles of white sand dunes that make up the area. From a distance, you’ll probably do a double-take wondering if you’re looking at snowdrifts. As you get up close, you’ll realize you’re basically walking along the white sandy beaches of Tahiti … sans water.

Although this park is located in the middle of nowhere and takes a while to get to, there’s plenty to do while you’re here. Hike the dunes, go sand sledding, have a picnic, or watch the sunset over the hills. Be sure to bring plenty of water with you and lots of sunscreen!

The park is also located next to a military base that frequently tests missiles, so check for closures before making the drive.

Africa is well-known for its safaris and wildlife. While there are plenty of national parks to visit, Etosha National Park in Namibia is one of the most unique. Spanning an area of 8,600 square miles, Etosha is every nature, photography, and animal lover’s dream.

During the dry season, the giant Etosha pan (a sunken piece of land), becomes full of smaller watering holes that attract hundreds of animals every day looking for a drink. Wildlife viewing is fantastic during this time, so visit between May and October if that’s the goal of your trip.

The soft rock beds are easy to dig out, and ancient people build full cities underground dating back to the fourth century. Parts of these homes are preserved and some have even been turned into hotels for visitors.

You can go hiking or mountain biking through the area, or take a more relaxing horseback or ATV ride. Hot air balloons are popular in the area and provide a way to see spectacular views of the region. Visit in the spring or fall for mild temperatures and low crowds.

Hawaii is known for its beautiful beaches and great food, but don’t sleep on the volcanoes. Hawaii Volcanoes National Park, located on the Big Island of Hawaii, spans over 330,000 acres of land and holds two of the world’s most active volcanoes.

One, Kīlauea, has been in continuous eruption since 1983. While it can be destructive (like when it destroyed hundreds of homes in a 2018 eruption) a visit to this volcano usually means a glimpse at small eruptions and the chance to see pools of lava in real life.

Witnessing the process of creation and destruction in nature’s most primal form is truly a bucket-list adventure.

You can tour the park yourself or head out with a tour group for added information about the history of the island. You can also walk through a lava tube and camp overnight for some unbeatable stargazing.

Arches National Park in Utah is another place that feels more like the surface of Mars than Earth. It’s known for the more than 2,000 natural sandstone arches and other interesting rock formations that cover the red sandy park.

You can spend days hiking through the vast wilderness and exploring the incredibly unique landscape. Some of the most spectacular time-lapse videos of the night sky have been taken here, so try to plan in one night of stargazing if you can.

Arches National Park is full of short, flat hikes, making it a great destination for families with kids or less than enthusiastic hikers.

There are a lot of reasons to visit New Zealand whether you’re a The Lord of the Rings fan or not. Fiordland National Park, located on the southwestern tip of the country’s South Island, is high on the list of those reasons.

Covering 4,600 square miles, this park contains expansive mountain ranges, dense forests, alpine lakes, and other breathtaking scenery at every turn. Take a helicopter flight through the narrow passages or cruise down the pristine Milford Sound and try to spy dolphins, penguins, and maybe even a rare kiwi.

You could easily spend weeks exploring the vast area, so make a list of your must-do’s and plan at least a few days to hit those.

For a country often known for bustling cities and widespread pollution, China has some of the most beautiful scenery on the planet. Guilin and Lijiang River National Park is another example of jaw-dropping natural beauty.

This park encompasses the majestic Li River and bleeds into the cities of Guilin and Yangshuo that are popular stops along the route. Hike through miles of lush rice fields in Guiline before floating down the river on a raft and staring at awe in the Dr. Seuss-like mountains.

End your journey in the small town of Yangshuo, a popular tourist destination surrounded by rolling hills and beautiful hikes.

Learn More
READ NEXT
Anne Taylor Anne Taylor is a writer with a BA in Journalism and a passion for storytelling. Her work has been published on a variety of websites including Mental Floss and Well + Good, and she recently published her first novel, What it Takes to Lose. When she's not writing, Anne loves to travel (19 countries and counting), spend time outside, and play with her dog, Pepper. Read Full Bio »
Recently Popular
LifeSavvy is focused on a single goal: helping you make the most informed purchases possible. Want to know more? 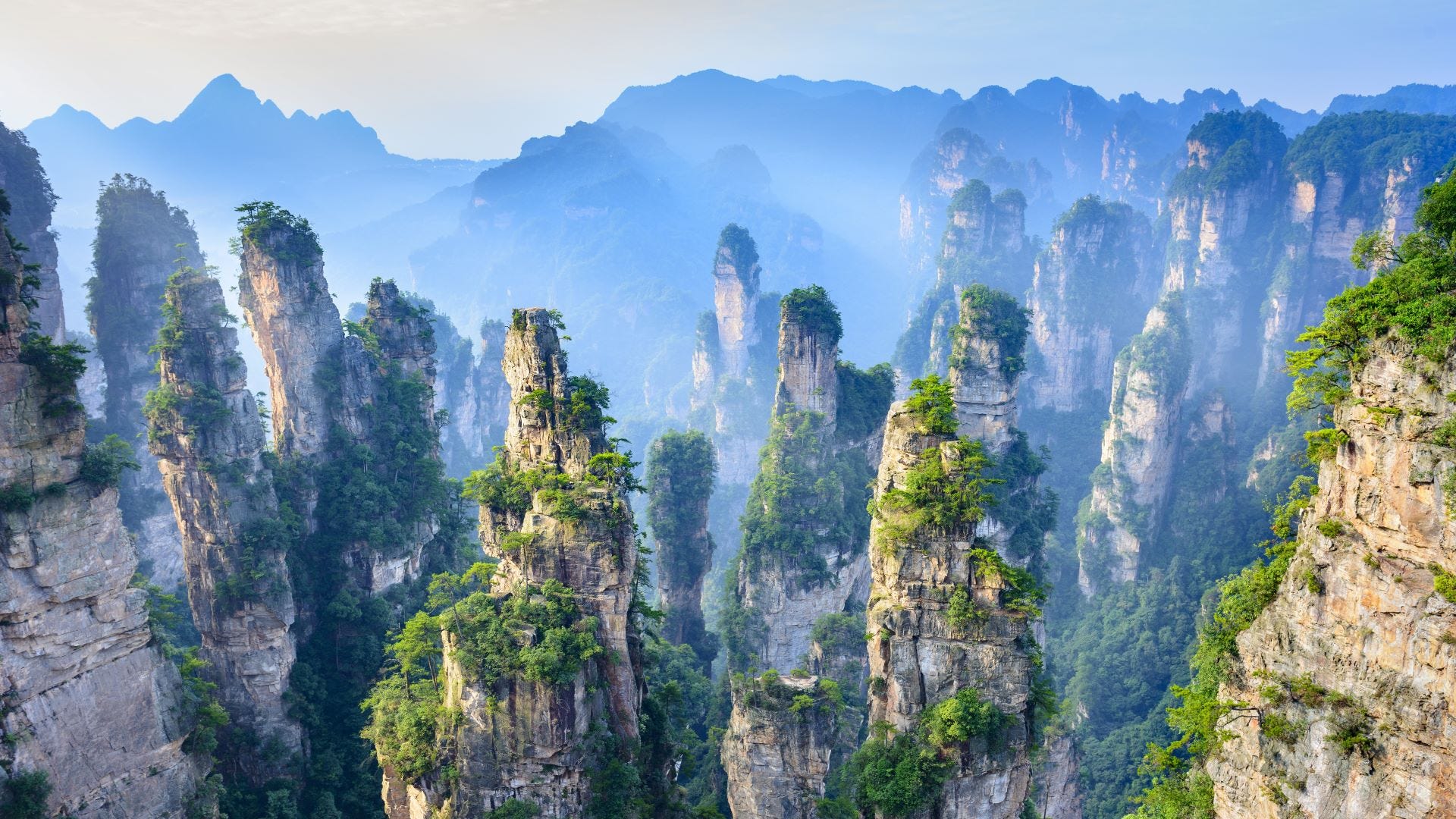