It’s that time of year where you’ll likely notice more wasps both outside and inside your home. What’s the deal with the surge of wasps every spring?

What’s the Deal with Spring Wasps?

If it’s not around mid-spring where you live and there are a huge number of wasps buzzing about your home or property, the likely culprit is a wasp nest you haven’t yet located. Spend a little time walking around your home looking for a visible nest or an opening—such as a crack in the soffit or gap beneath some flashing—where the wasps are clearly entering and exiting. At that point, you’ll need to deal with the nest yourself using an insecticide or call an exterminator.

The long-range and foaming action keeps you off ladders and away from the wasps.

But in the spring things are a bit different. Instead of a steady flow of wasp traffic to and from a given point on your home or in a nearby tree, there is a sort of Walking Dead-like aimless zombie tapping going on. You might notice more than one wasp outside your home at a time, but they aren’t together. You’ll also find more wasps making their way into your home—this time of year is prime time for finding a wasp or two bumbling around up near the ceiling.

So, what’s the deal? Why so many lone-wolf wasps just tap-tap-tapping around? You’re not seeing the worker drones of a hive out working—because wasp colonies die out every year and the worker drones aren’t even around yet to bother you. What you’re seeing is last year’s queens out on scouting missions.

Every fall, paper wasp queens mate and then seek out a snug location to overwinter—such as a tree cavity, under a log, or even tucked away in your garage. Come spring, typically once temperatures are consistently around 50F or so, they wake up en masse and head out looking for a spot to build a new nest.

That’s where the slow-moving tap-tapping behavior comes into play. They might look like they’re drunkenly meandering around but in reality, they’re carefully exploring the structure of your home looking for somewhere that would be an ideal spot to build a nest.

What Should You Do About the Wasps?

For the most part, the curious queens are harmless. Most of them aren’t going to build a nest on your property, despite the seemingly constant attention. They’ll sting, but only if antagonized. Rather than go out of your way to exterminate the random paper wasp queens that are just bumbling around your neighborhood, it’s a much better use of your energy to check your home and outbuildings for the start of new nests and places where the wasps might gain access.

Although wasps have an unpleasant sting and certainly none of us want a wasp nest right outside our front door or in the playset our children use, paper wasps are actually useful to have around (especially for gardeners). They are prolific hunters, killing off spiders, caterpillars, and other pest insects which they feed to their larva back at the nest.

Nonetheless, it’s no fun to have them hanging out over your head when you’re trying to grill or relax on the weekend—so look actively for their nests throughout the spring to avoid a mid-summer showdown with a fully populated nest. 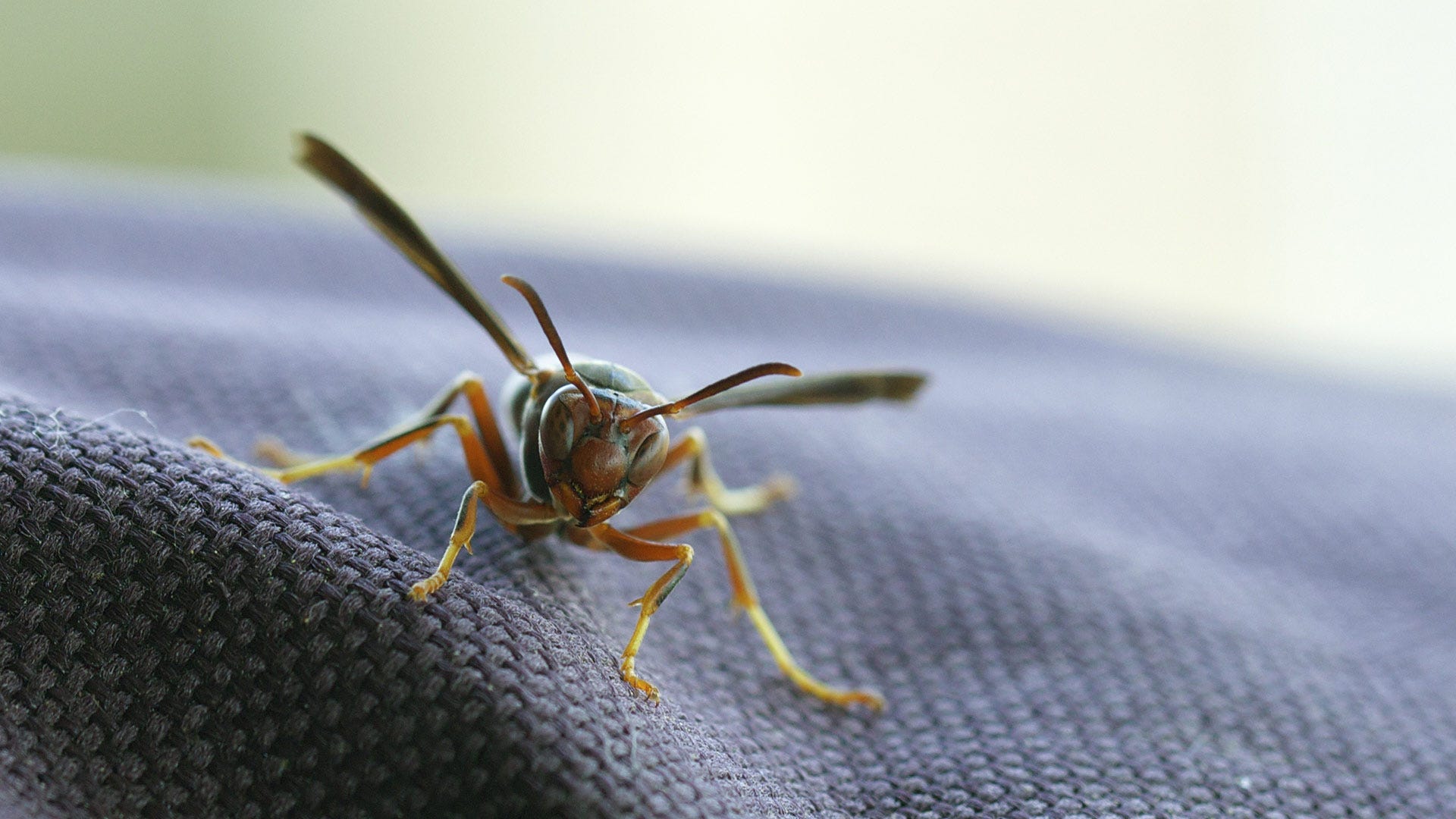