Even if you’re not on TikTok, there’s a good chance you’ve seen the viral baked feta pasta recipe making the rounds on the internet. Now, it’s evolved, and there’s a dessert version to try.

The original TikTok recipe called for baking a block of feta in a dish surrounded by tomatoes, olive oil, and garlic. When done, it formed a cheesy sauce that could be combined with pasta.

The recipe basically made the internet lose its collective mind, and now TikTok user @dontworryandy has crafted the dessert version if you really want to have an evening of all TikTok food hacks.

In his recipe, you first add a layer of Maltesers (or Whoppers for Americans). Then, you place jumbo marshmallows in the center and drizzle chocolate sauce over the top. Pop it in the oven until the marshmallows are browned on top and melty. As for the final touch, pop some popcorn and throw it on top. Then mix it all together, and you’ve got the dessert-based twin to the now-famous feta.

Honestly, yes, it sounds like a sugar rush waiting to happen. Should you brush your teeth four times before bedtime just to be sure all that sugar is gone? Yes. But what’s a little living on the edge, right?

If, however, this dessert looks just a little too rich for you, there are always these berry-based options instead. 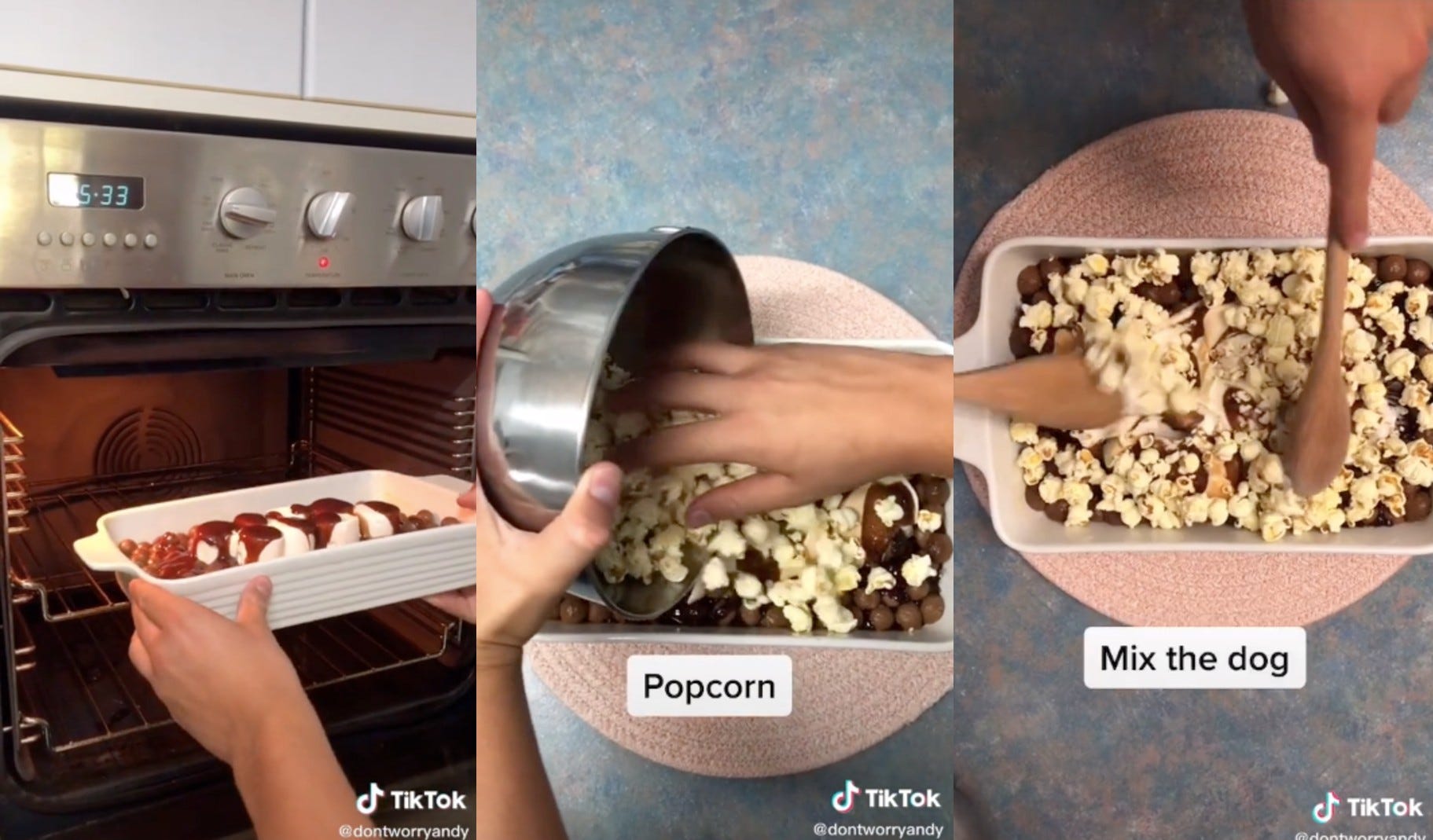