The tickler file is an oddly named filing system that dates back to the early 20th century but is still an incredibly useful organizational tool today. Here’s how to set one up.

If you’re looking to simplify your life and keep on top of daily tasks, we suggest creating a tickler system, often referred to as a tickler file. The name is a play on words of sorts, as you use the system to send reminders to your future self and “tickle” your memory.

The system itself, which we’ll examine in detail in a moment, is incredibly trivial to set up as it’s merely a collection of physical folders with labels. You place things (like bills you need to pay, concert tickets, a form for your child’s field trip, or any other date-sensitive materials) in the folders and attend to them at the approach time—all thanks to the reminder the system provides. Basically, you save your brain the work of stressing about a specific detail that needs to happen in the future. You also reduce the chances that you’ll forget important tasks, or that the reminder will get lost in the digital ether.

In today’s high-tech world, with access to a wide array of apps and calendar reminders, using a tickler system seems almost archaic. But believe us, having a visual filing system, with handwritten notes and papers to touch, activates your brain in a highly effective way.

How to Create a Tickler File

You need at least 43 filing folders to get started, as well as a way to hold those files.  We suggest using an open box or hanging rack—don’t use a traditional filing drawer as out-of-sight often means out-of-mind. Keep your tickler system within reach, and visible!

The folders need to be labeled 1-31, accounting for each day of the month. Then you label the remaining folders for the months, January through December. Using brightly colored folders will help grab your attention.

You need to position the folders with the upcoming days first, followed by the upcoming months. For example, if today is August 10, place that folder at the front, with 11-31 directly behind it. Then the months would be filed behind the numbered days.

As you lift today’s folder, open the contents, and complete the items inside. At the end of the day, move today’s folder to the back of the stack. If your to-do list requires tasks to be done months from now, you can file them in the appropriate month’s folder. Then at the start of each month, you can split up all the contents into the designated days. So, for example, anything related to Halloween should be put in October, but then when October arrives, you can organize the Halloween items into the various day folders accordingly leading up to the holiday.

Some people like to create extra folders for specific categories, such as “bills to pay,” “vacation ideas,” “gifts to buy,” and so on—but it’s easy to dilute the simple power of the tickler system with too many folders, so we suggest keeping it simple until you have the basic routine down.

For regularly occurring events, write them out on index cards or Post-It notes. For example, if your child has to bring in a snack to preschool once a week, then write it out on a card, moving it along to the following week after you’ve completed it. Make sure to place it in a folder a couple of days before it needs to be completed, so you allow enough time to go grocery shopping.

You can also create labels for days of the weeks, attaching them to the first seven folders.

If you feel unmotivated to make your own tickler system, you can buy a numbered folder set or a monthly folder set online. There are plenty of options out there.

Once your tickler system is all in place and ready to go, the hardest part is making sure you check it every day. Here are a few keys for success.

The most important thing, like when using a calendar or a to-do list, is to check it religiously. A tickler system works magic, but only if you look in the folders every day.

Staying organized in today’s busy world is a challenge! But once you get your tickler system underway, it should help relieve your brain from all the buzz and stress of trying to remember everything. Just file it away, confident that you’ll deal with it at the right time thanks to the file. 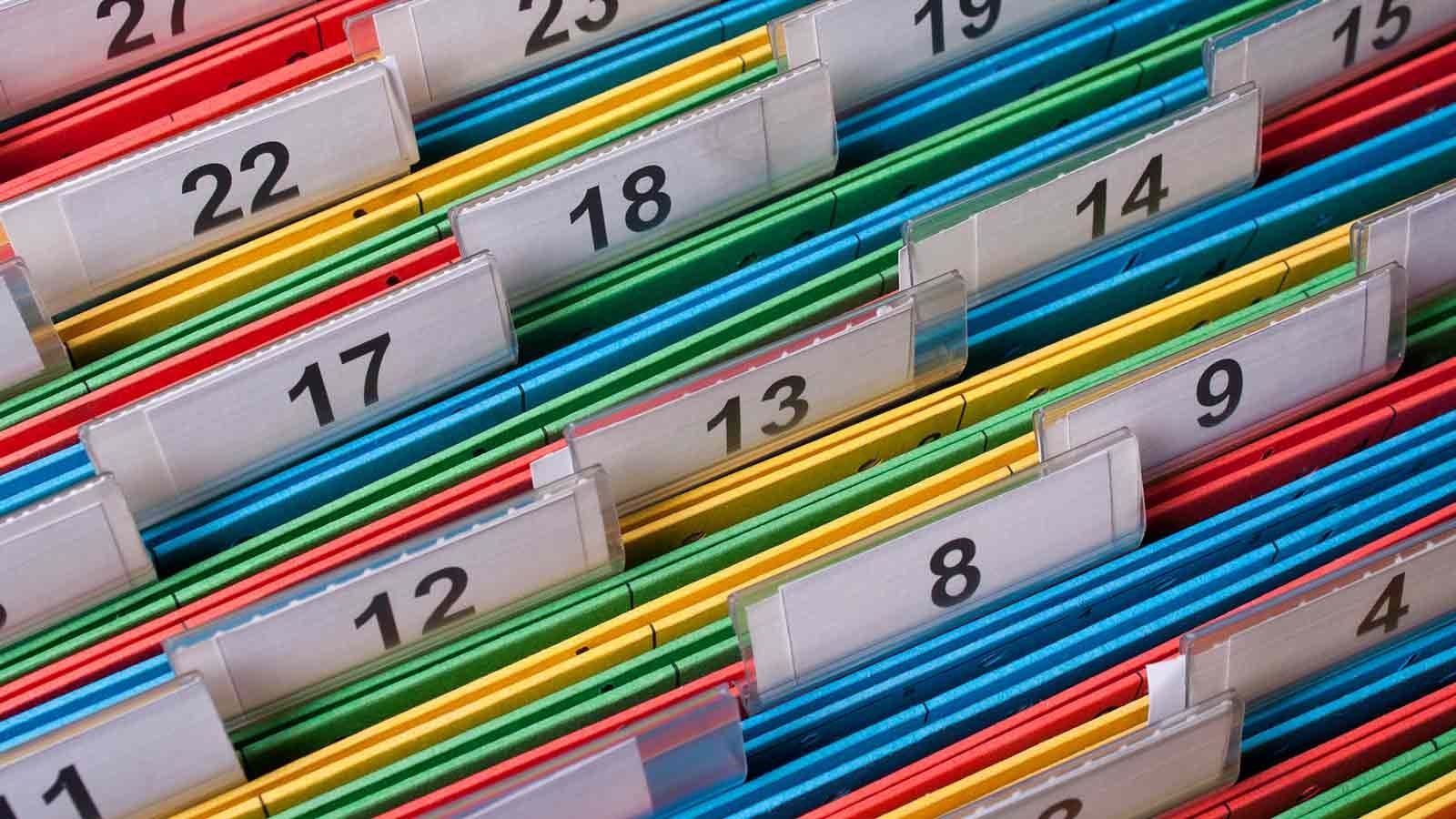