In case you haven’t heard, fast-food chains have been engaged in a chicken sandwich war since last year. Now, it appears even some of the larger dinner chains could be getting in on the action. In a bid to venture beyond seafood, Red Lobster has added its own version of the coveted food to the menu.

Dustin Hilinski, executive chef and director of culinary at Red Lobster, said the new menu item will likely surprise customers in the tastiest of ways.

“Guests might think of us solely for seafood,” Hilinski said in a press release. “But we’ve created an amazing chicken sandwich that will surely become your favorite. From sweet heat to a punch of vinegar from the peppers, the flavor combinations will have you wondering if a seafood restaurant really just topped all your crispy chicken sandwich expectations.”

The restaurant has also launched a new Crispy Cod Sandwich. This monster-size meal features six to eight ounces of cod on a brioche bun, topped with crunchy slaw and tartar sauce.

The seafood restaurant’s move into the chicken arena will definitely catch the attention of the other contenders in the ongoing chicken sandwich wars. If you want to try the latest to step onto the battleground, you can dine in at select Red Lobster locations, or order online and pick it up, or choose delivery. 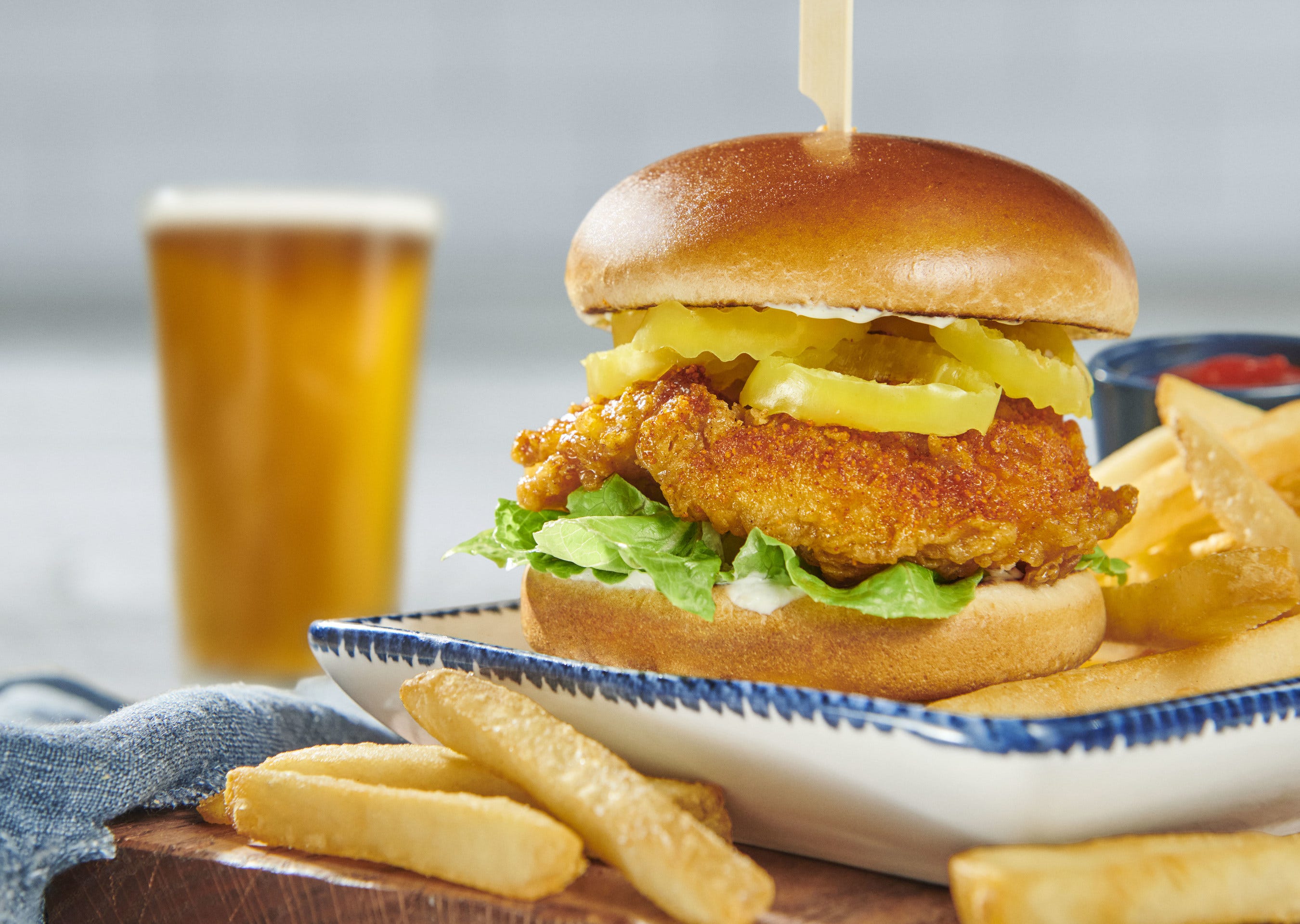