Tired of the same-old-same-old nail polish colors? It’s time to get onboard with this summer’s biggest trends!

This summer’s hottest nail polish shades include something for everyone. There are soft, sophisticated tones, along with some bold, eye-popping brights. Get the rundown below, along with some of our favorite polishes of the season!

Every year seems to have a different shade of seasonal green, and this year’s is mint. It’s a fresh, bright color that goes easily from spring to summer with its not-quite-pastel but still softer tone of green with blue undertones.

Mint green nails offer a pop of playful color with a sophisticated touch, that’s a bit subtler than a true neon. For a true, cool mint shade, try Essie’s Mint Candy Apple. This classic enamel polish is a pale mint green with a hint of blue. It works as a summer statement or a spring pastel!

On the other hand, OPI’s This Cost Me a Mint is just a hint less blue. It’s slightly more neutral, leaning between the blue tones of mint and the warm neutrals of a pale sage.

OPI Nail Lacquer This Cost Me a Mint

Coral is a true summer classic that returns year after year. The reddish-orange hue packs a bright punch, whether it leans more to the pink or orange side. No matter which specific coral you choose, it always looks very summery and bold and works well with most skin tones.

Olive & June’s Hibiscus polish has more pink with orange undertones. Plus, it’s vegan, cruelty-free, and formulated without seven of the most toxic chemicals found in typical cosmetics, including formaldehyde.

Coral also comes in more “orangey” shades, like Pear Nova’s Kissu Miss You. The bold, warm coral looks beautiful on any skin tone. It’s also made using a vegan, cruelty-free process known as “10 free,” meaning it doesn’t include 10 of the most notable toxic ingredients found in many nail polishes.

For a redder coral, pink up OPI’s Infinite Shine in Cajun Shrimp. It’s a bright red with a warm, slightly orange tint, and formulated for long wear.

This summer, slightly softer versions of bold colors are in, and lavender is one of the most popular. A slightly blue-tinged purple that’s relatively light, it bridges the gap between pastel and bold.

You also see it less frequently, so if you really want to make a statement without venturing into eye-catching neons, lavender is a good choice.

For a slightly more environmentally friendly polish, pick up a bottle of Sally Hansen’s Good Kind Pure in Laven-dear. This line by the salon staple brand is a plant-based, completely vegan formula that’s free of a whopping 16 known toxic chemicals, including formaldehydes, parabens, and acetone.

Pear Nova’s Night Fades, Morning Haze is called a “lilac metallic,” but it’s all lavender. It’s also made with the same vegan cruelty-free process as the Kissu Miss You coral shade we covered above.

This summer’s trendiest shade of yellow is more vivid gold than soft pastel or full neon. For nails that are bold and a bit unusual, but full of summery, sunny joy, take the plunge with these eye-catching choices!

For a “10 free” polish without several potential irritating or toxic ingredients, check out La Pierre’s U-R-My Sunshine. This polish brings all the bold color and shine you could ask for, but without some of the ingredients you want to avoid.

OPI Sun, Sea, and Sand in My Pants hits just the right tones for this year’s sunniest nail trend. It’s a bold, almost marigold yellow that’s just a bit darker and more color-saturated than your spring pastels or the classic neons.

Summer doesn’t have to be all about big, bright colors. We’re especially loving this shade of beige pink. It’s just on the edge of neutral, with a pale pink tint. It’s perfect for a softer, more sophisticated look if you’re not totally sold on bold colors.

Finding the perfect nude/neutral polish might take a few tries, but Olive & June’s HZ is an environmentally conscious formula with a long-wear shine. The color sits right between a pastel baby pink and beige neutral, making it the perfect choice for a simple, but feminine look.

Pear Nova’s Diana Boss, like all Pear Nova polishes, is cruelty-free, vegan, and free of 10 of the most common toxic ingredients. This shade is a warm, pink neutral. It’s just a hint darker than some polishes in the same color family, but creates a beautiful, sophisticated style.

Think of the periwinkle trend as the inverse of lavender. It’s an elegant, pale blue with a hint of purple, rather than a purple that leans blue. Periwinkle nails have a softer tone than a bright, robins-egg or crayon-vivid blue. Instead, they look like a beautiful summer sky!

Pear Nova’s Tokyo Afterglow is a vegan polish, and this sky-blue shade really pops on all skin tones. It’s versatile enough to wear during spring, and then all of summer, as well.

OPI’s You’re Such a BudaPest is a softer sky blue with a hint of purple, which is just enough to set it apart from the more turquoise-tinted blues. It’s also pale enough for a subtler look, but the pop of blue will set you apart from the more typical pink-and-red nail polishes that are always in style during the summer.

OPI Nail Lacquer You're Such a Buda-Pest

There are few shades that feel as quintessentially summer as a bright, fun, bubblegum pink! It’s a slightly cooler-than-usual pink in a mid-brightness. It tends to lean closer to the purple side of the spectrum than the orange.

Bubblegum is a perfect choice if you’re not a fan of the red or more orange-hued pinks, but still want something bright and cheery for the sunny months.

This shade from heroine.nyc is as true bubblegum as it gets—after all, that’s the name of it! It’s a bright (but not neon) shade of pink that’s perfect for getting a girly, rosy look all summer.

For a richer, brighter candy pink, try Olive & June’s Grateful and Kind. It’s just a bit bolder than some of the other bubblegum pinks, but still has that mid-tone candy color. It sits perfectly between the softness of pastels and the boldness of neons.

Shop Olive & June Now
READ NEXT
Amanda Prahl Amanda Prahl is a freelance contributor to LifeSavvy. She has an MFA in dramatic writing, a BA in literature, and is a former faculty associate focusing on writing craft and history. Her articles have appeared on HowlRound, Slate, Bustle, BroadwayWorld, and ThoughtCo, among others. Read Full Bio » 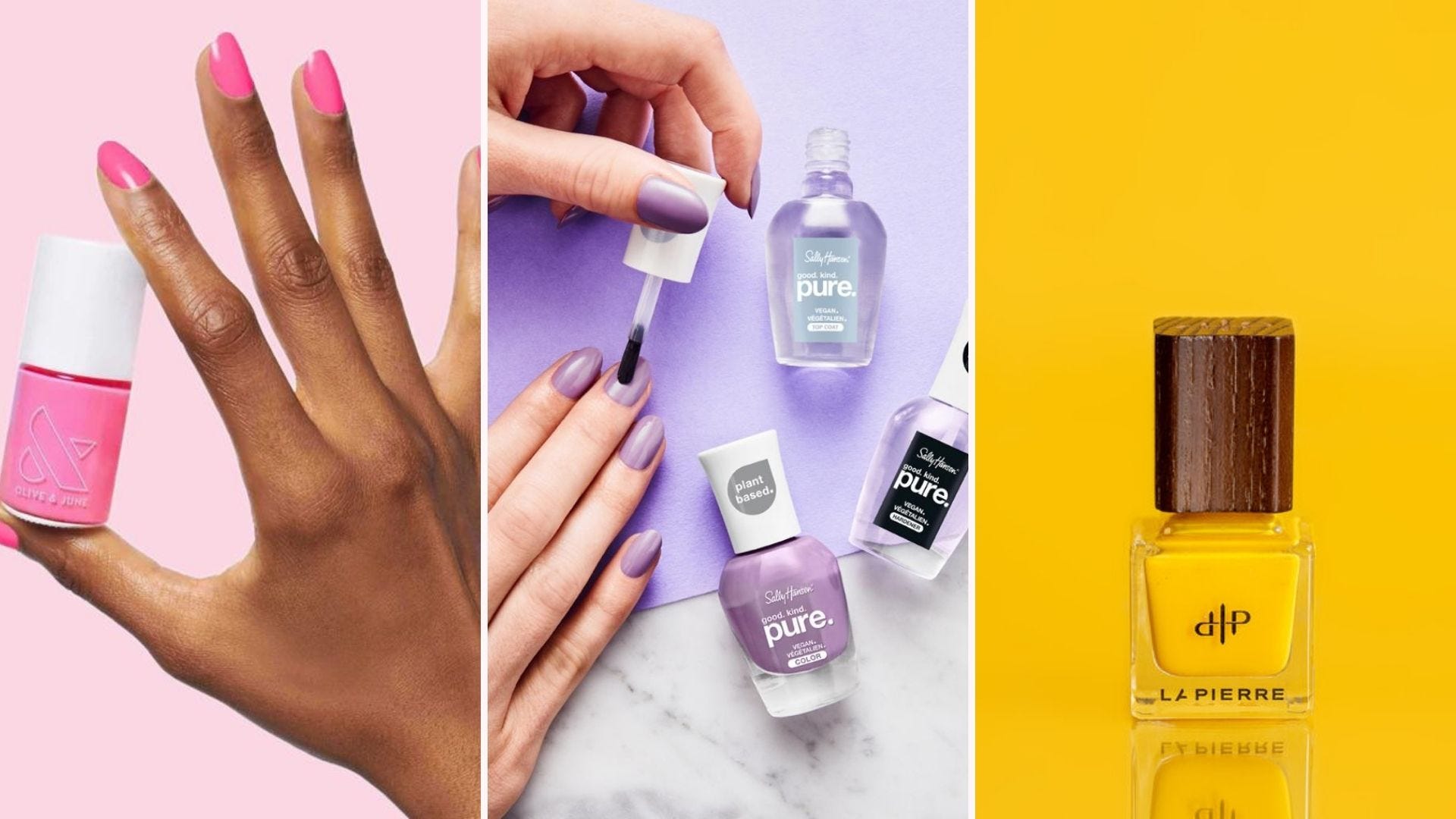