It’s fun to dream about a trip to Europe, but not everyone’s budget can handle it. Fortunately, you can still get your international fix by visiting one of the many European-influenced towns across the United States.

With cobblestone streets, unique dining options, and Old World charm, many U.S. cities will make you feel like you’ve stepped off a plane in Germany, France, or Spain. Many of them also still have large immigrant populations, which have contributed to their culture.

The following U.S. cities are perfect places to vacation if you’re looking for a more “European” feel.

Like some parts of Germany, Leavenworth looks like a picture straight out of a children’s book. Located deep in the Cascade Mountains, it was redesigned in the 1960s to boost the local economy.

While it wasn’t born out of the most authentic circumstances, it would be hard to differentiate Leavenworth from any other German town (at a distance, at least). Even the local Starbucks conforms to the traditional Alpine-style architecture.

In addition to its look, visitors are treated to a variety of food options that serve classic dishes like bratwurst, pretzels, and, of course, beer. It’s most popular during Oktoberfest and the Christmas season when the entire town lights up.

Known as “a little slice of Denmark in Southern California,” Solvang is a charming city with strong Danish roots. It was originally settled by the Spanish but officially settled by Danish immigrants in the early 1900s.

The town sports a number of windmills dotted between thatched-roofed shops selling cuckoo clocks and wooden shoes. There are also a variety of restaurants and bakeries serving traditional Danish food, like aebleskiver pancakes and wienerbrød.

There’s even a replica of the famous Copenhagen Little Mermaid sculpture. Visit in September to experience the Solvang Danish Days festival, or in winter for low crowds but beautiful California weather you won’t find in Denmark during that time of the year.

New Orleans has a culture all its own, but the French influence is strong in the birthplace of jazz. After all, the most popular area of the city is the French Quarter. Founded by a French explorer, NOLA had a large French and Spanish population before it was purchased by the U.S. as part of the Louisiana Purchase in 1803.

The historic buildings and elaborate lattice balconies decorated with beautiful flowers will transport you right to the streets of Paris, and the beignets and pralines will keep you there. If you prefer a party atmosphere, then go in February during Mardi Gras. There are parades, dancing, and music 24/7. However, you can experience the incredible food and rich culture year-round.

Although Boston was a key player in the U.S. gaining its independence from British rule, the city still features some undeniably English architecture. Walking down the cobblestone streets and gazing at the brick colonial homes will make you feel like you’re in a small English town.

Boston also has a large Irish population, which has helped it keep its European feel. Visit some of the old colleges that fill the city or stop by the Boston Public Garden, which is full of Victorian influences. It’s a pretty cool juxtaposition of U.S. and European culture.

Tarpon Springs, Florida, is home to the largest Greek population in the U.S., and it proclaims its Hellenic culture with gusto! You can watch fishermen dock in the late morning with their catches of fresh fish and sea sponges.

Breathe in the smell of meat roasting before it’s put into a delicious gyro, or listen to couples chat in Greek as you sit on the boardwalk and people watch. The town is dotted with Greek restaurants and bakeries with family recipes brought over directly from the islands. If you close your eyes, you might just forget you’re still in Florida.

Fancy a trip to the snowcapped Alpine mountains? Nestled inside the White Mountain National Forest in Colorado, Vail is a ski town that strongly resembles your average Swiss village. You’ll find decorative balconies and detailed woodwork everywhere you go, which is charming during the day and breathtaking at night.

Stop by one of the many restaurants that serve European fare or grab a souvenir that will actually convince your friends you went to Switzerland. Vail is best known for its world-class skiing, but it also offers ample hiking opportunities (and lower crowds) during the warmer months.

The name of this town says it all! Holland is a little slice of the Netherlands in Michigan. Settled by Dutch immigrants in 1847, this town is also home to the only authentic working Dutch windmill in the U.S.

You can watch artisans carve wooden shoes. Learn how to clog with your family before grabbing an authentic pastry from one of the many bakeries that line the streets. A large tulip festival is held every year in May, similar to those in Holland. (Ihe tulip is the symbol of the Netherlands.)

The town also goes all-out for the holidays, although you’ll have to deal with fierce Michigan winter weather.

Founded in 1565 by Spanish settlers, St. Augustine is the oldest city in the country, and it still features a strong Spanish influence. Some of the most notable architecture includes the Castillo de San Marcos (an historic fort) and the Cathedral Basilica of St. Augustine built in the 18th century.

Head to the Colonial Quarter to people watch or grab some traditional Spanish food at one of the many restaurants. You can even take a trip to the beach to complete your replacement visit to Spain.

Venice, California gets an honorable mention. This Los Angeles neighborhood features a series of canals that resemble those in Venice, Italy. Stroll down the waterways and over the bridges, while admiring the beautiful homes (just try not to think about how expensive they are).

After taking in the Italian-themed neighborhood, head a few blocks over to the ocean to enjoy the beach and boardwalk dotted with quirky shops and restaurants.

If your wallet can’t quite handle a trip to Europe this year, don’t despair—you can still enjoy a vacation chock-full of old-world charm. A visit to any of these historic U.S. cities will give you that international feel without breaking the bank. 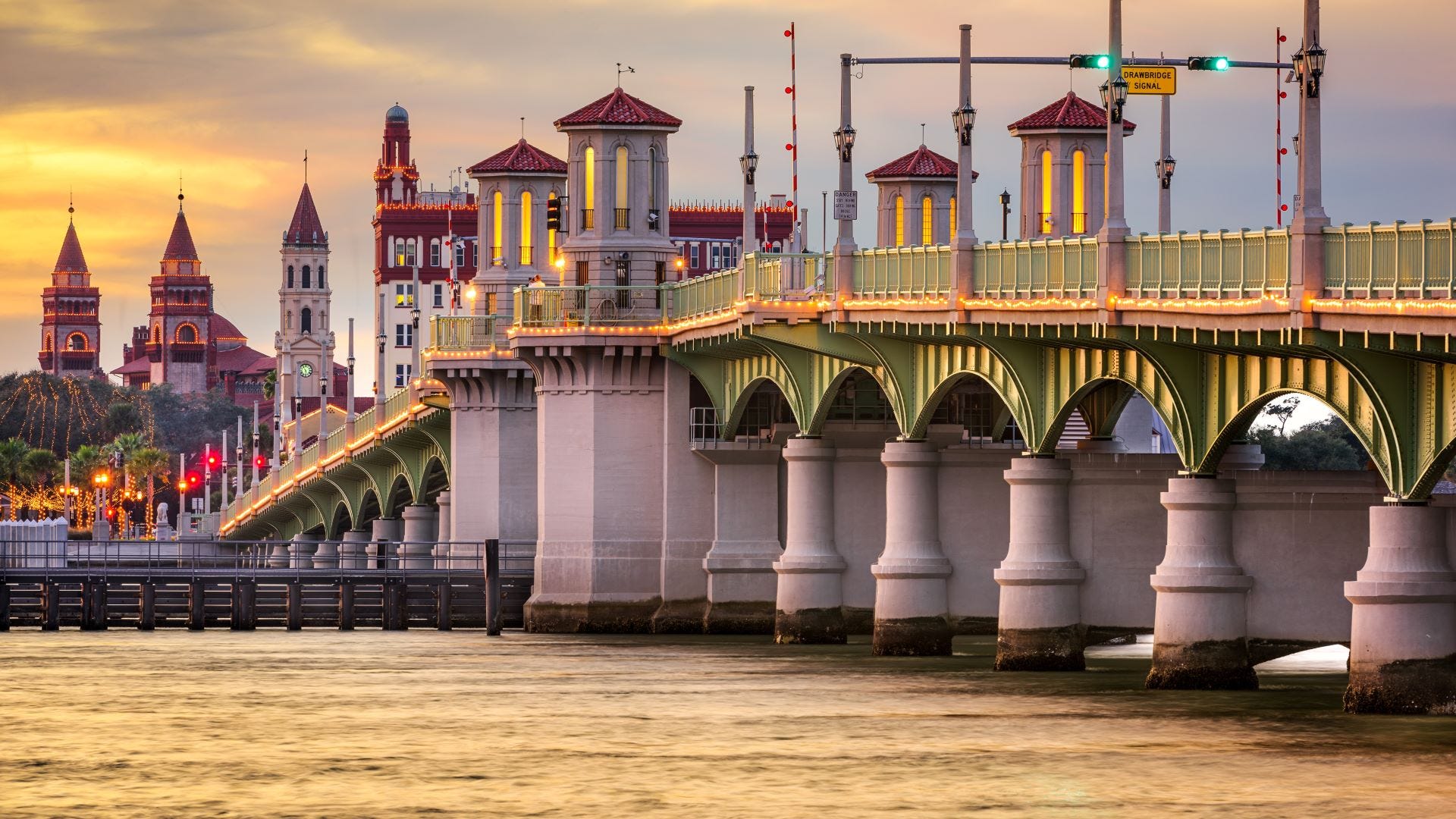