Vacations—they can stress you out more than whatever you’re taking a vacation from if you’re not careful. Handle them right, though, and you’ll chill out properly. One thing that helps is to go away for 10 days, and here’s why.

In 1910, President William Taft proposed that everyone should have two or three months of vacation time each year. Unfortunately, he never made it a law, so most people still have much less than that. With such limited vacation time, you have to be careful how and when you use it.

Researchers in the Netherlands studied the effects of vacation on a group of 54 employees. They wanted to see how self-reported health and wellbeing changed during the vacation, so they focused on longer trips to get more data. They found that, on average, the participants’ enjoyment peaked on the eighth day of vacation, and then slowly tapered off until the 11th, where it plateaued. They were still significantly happier than the baseline, but not as happy as they were at the peak.

While this study raised lots of questions and has plenty of issues, the basic idea passes the sniff test. When you go on vacation, it takes a few days for you to unwind, forget about the pressures at home, and get over the stress of traveling. After you’ve been away for a while, though, and relaxing by the pool is your new normal, it’s no longer as exciting, and worries about what’s going on at home can start to creep in.

So, if we take the study’s finding that peak holiday happiness occurs on the eighth day, you should probably go away for about 10 days to totally de-stress. Any less, and you don’t get the chance to fully relax.

On the other hand, if you go away for exactly eight (or nine) days, then what should be your most relaxing day will be mired in traveling or preparing to travel. That’s why 10 (or even 11) days strikes the best balance. Any longer won’t make you any more relaxed.

How to Do It

To vacation for 10 days, you only need to take one more day of your vacation time when you’re out for a full workweek. If you take one full week off and the following Monday, you’re off work for a total of 10 days.

Plus, if you can work in another half-day or travel late on a Thursday night, you could make it 11 days. If you go on your trip during a national holiday, you won’t even have to use that extra vacation day.

Go for Longer if You Go Further

The study we mentioned above doesn’t account for jet lag or long-haul trips. This is because 60 percent of the participants either stayed in the Netherlands or went to France, Austria, Germany, or Italy. All of those locations are less than three hours away by plane.

In general, your body can adapt to one or two hours of time zone changes, per day, and going West is significantly easier than going East. If you fly from Los Angeles to New York, it will take one to three days for your body to adjust to the time-shift. That has a significant effect on your trip.

The days you spend adjusting to jet lag will most likely slow down the speed with which you reach peak vacation relaxation. So, if you’re traveling really far, try to factor in an extra two or three days.

Now for the bad news. Within a week of returning to work, the employees’ self-reported health and wellbeing had returned to right around their pre-vacation baseline. They might have brought back a tan and some tacky souvenirs, but not their chilled-out beach vibe—at least, not for long.

As a result, the researchers considered why we should keep taking vacations if we don’t seem to get any permanent benefits from them. They came up with a few feasible answers:

For these reasons, the researchers recommended that people continue to take vacations and try to spread them out evenly throughout the year.

We recommend you also try to soften your landing back in the real world after a vacation. It might help you hold on to the positive effects longer.

Before you go, though, you do need to get your house in order. And, if you can, save a day at the end of your trip to prepare for the week ahead—we promise it’ll be worth it! 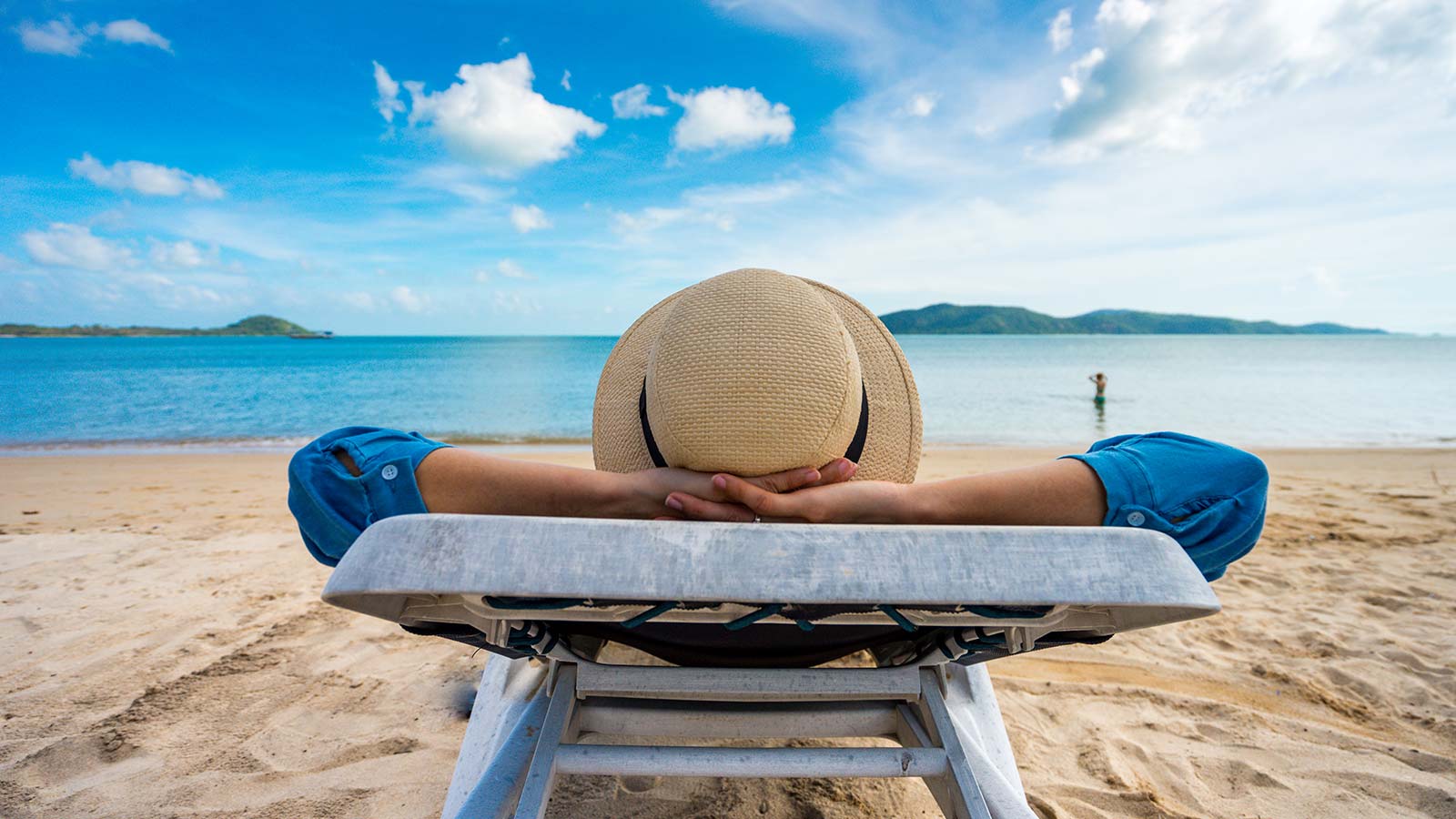