Not being able to customize your space is a major issue when you’re a renter. If you really want a backsplash in your kitchen, though, there’s a hack for that!

Apartment Therapy toured interior designer, Meg Gustafson’s, Chicago home this month, and her bold, colorful rooms are a marvel. But it’s the clever DIY trick Gustafson used in her kitchen that’s a must-try for renters.

Gustafson used simple black electrical tape to create a diagonal pattern against the stark white wall. Because this kind of tape won’t remove paint from the wall when you pull it off, it’s the perfect backsplash material for renters.

Yes, there are also peel and stick backsplashes available, but electrical tape is far less expensive.

Want more color than the plain hues of electrical tape? You can also do Gustafson’s trick with washi tape. Pick up a patterned version for a funkier feel, as shown in the video below from HomeTalk.

The inspiration came from tiles at a home store, and this DIYer just picked up some washi tape with a similar pattern and tone.

After cleaning the backsplash with a disinfectant wipe, she cuts strips of the tape with a box cutter to get the ends straight. Then, she places them in rotating patterns over the backsplash until the entire thing is covered.

The process is a bit time-consuming, but the amount of cash you’ll save makes it worth the effort. Want to try more home DIYs? Check out this awesome cloud ceiling. 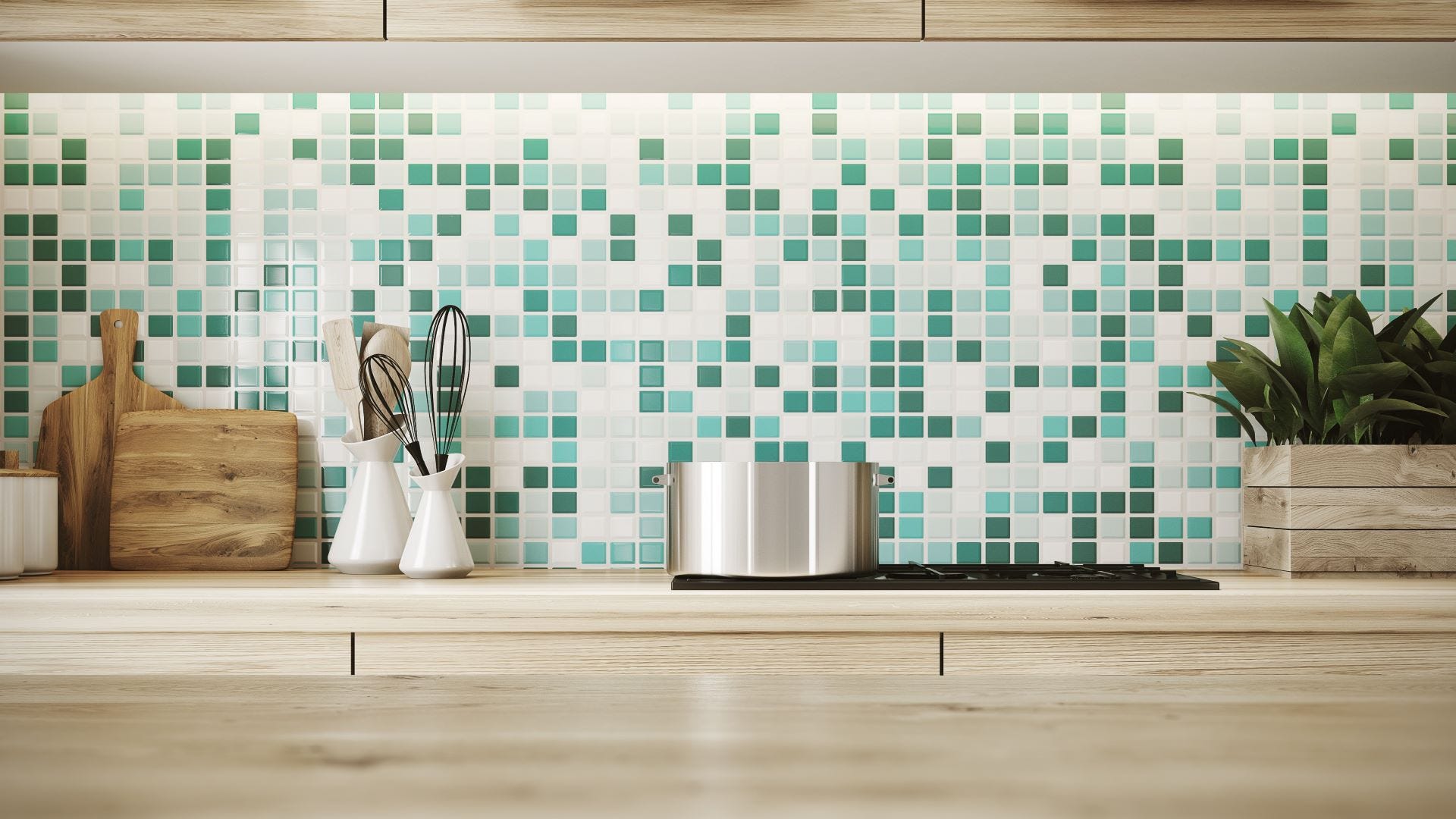