Cleaning is part of most folks’ weekly routine, but how often do you clean your cleaning supplies? When it comes to keeping the kitchen (where a lot of the germs are) sanitary, some supplies just have to be replaced, and often.

The first thing you should do each week is throw out your kitchen sponge. Yes, every single week. Charles Gerba, a microbiologist at the University of Arizona, told EatingWell that you have to either sanitize or toss those things.

If you don’t want to replace your kitchen sponges that often, you can also soak them in bleach or a disinfectant weekly to kill any harmful bacteria. If you haven’t sanitized your sponge at all, though, and you’ve had it for over a week, it’s best to just start over with a new one.

Another way to keep your sponge a bit cleaner is to avoid using it on anything other than dishes. While it might be tempting to wipe down your counters with it after cooking, don’t. Use paper towels or a damp rag and some dish soap instead to prevent cross-contaminating your dishes.

While you’re soaking your sponge in bleach, you might as well get that sink sparkling, too. 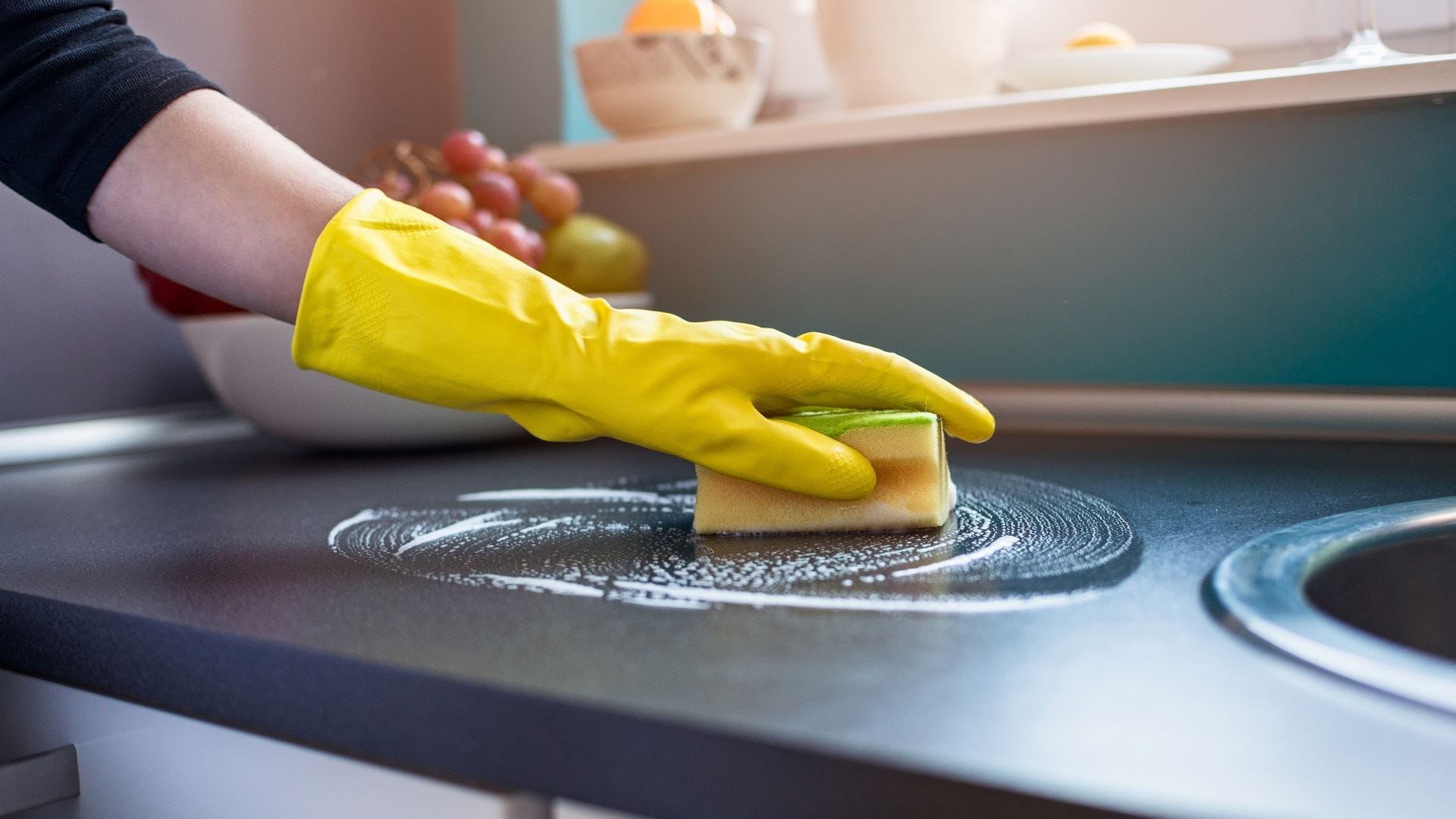