If you’ve been on the internet lately, you’ve likely seen something about a certain spaghetti hack. However, this latest viral video isn’t like the other food hacks out there. It’s also inspiring some seriously mixed emotions among viewers.

The “hack” in question comes from Facebook page Josh and Lisa, a couple who routinely post viral videos. One of their latest is basically the nacho table equivalent of spaghetti.

In the video, Lisa takes two large bottles of Prego pasta sauce and dumps it all over her kitchen island explaining that this is the “best way to make spaghetti for a crowd.” Next, it’s time for the meatballs, which she pours along one side of the dumped sauce.

Of course, you can’t forget the cheese! The grated parmesan is next, and finally, those all-important spaghetti noodles.

Once everything is dumped in, it’s time to mix! According to Lisa, this is exactly how they serve spaghetti in Italy. But what meal is complete without some sides? To complement her tabletop spaghetti, she adds a salad and some large pieces of bread.

Of course, the internet had a lot to say about Josh and Lisa’s hack. What some didn’t seem to realize, though, is the couple’s Facebook is almost exclusively dedicated to parodying videos. From pranks to similar “food hacks,” this viral video was always meant to be a joke.

If you’re looking for a real food hack, how about turning your omelet into a tortilla? 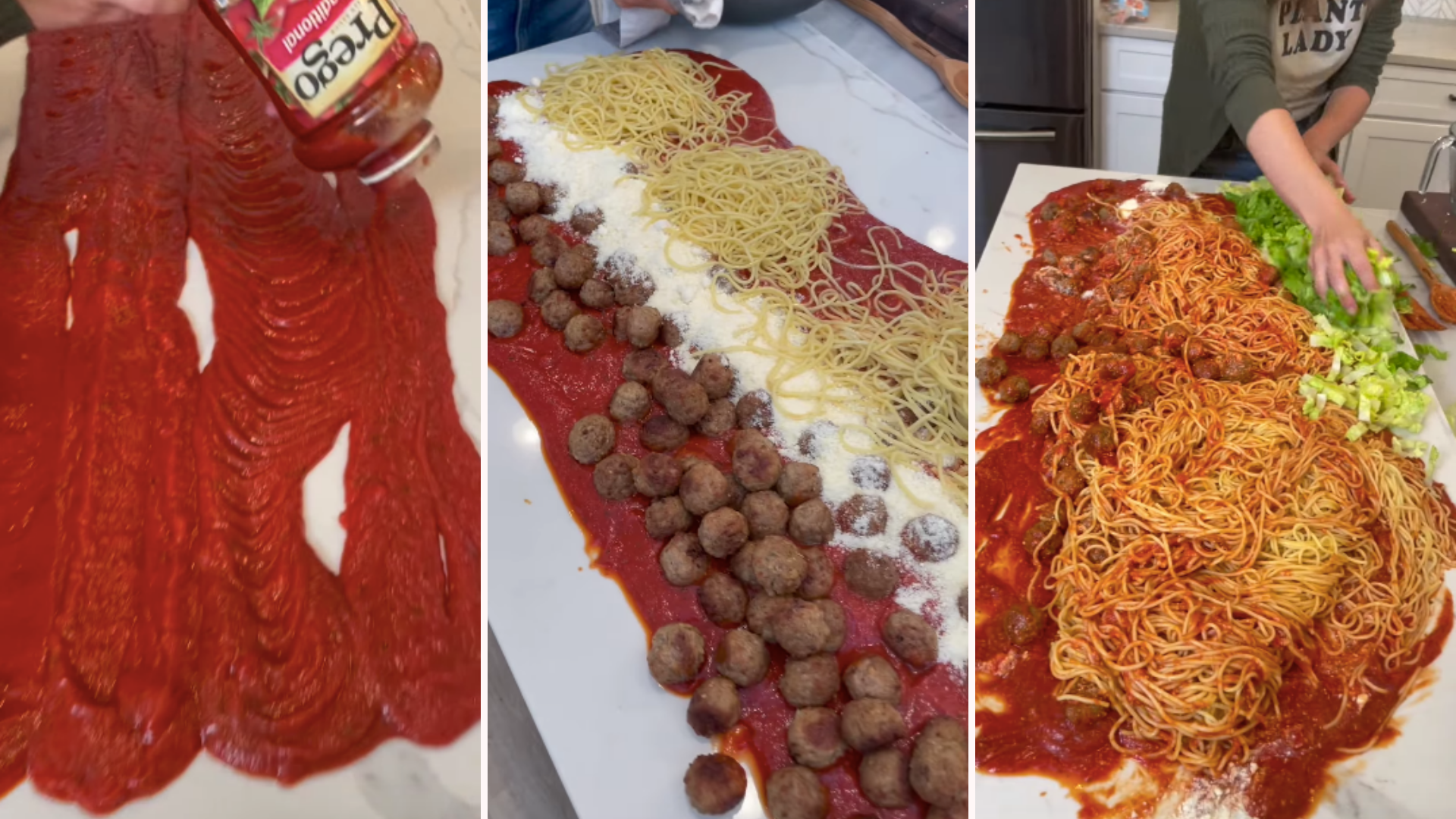