A game night is an excellent chance to get together with your kids and have fun as a family. However, choosing a game everyone will enjoy isn’t always easy. So, how can you make family game night run smoother?

There are so many games to choose from these days for kids of all ages. Some are educational, some are challenging, and some are just plain silly fun. Here are some tips to make sure everyone has fun!

When you let your children have a vote in household decisions, it helps them feel like they are part of the family equation. When you let them choose a game to play on family game night, you might find they’re happier and have more fun.

To make selecting easier, keep your kid-friendly games within reach of the little ones and put the more adult-centric stuff on a higher shelf. If you’re shopping for new games, set a spending limit (board games can get pricey).

When it comes to choosing age-appropriate games, you have to look at more than the suggested age range on the box. Some children learn faster than others, so your 8-year-old might do well at a game intended for kids 12 and over. You know your kids best!

If you’re considering a game you’ve never played before, do some research on a site like Board Game Geek, where you can watch videos and read reviews. It’ll help you get a feel for a game.

Again, consider sorting your board game collection in a way that makes games for younger kids more accessible to them. You can keep games for little ones together, games for teens together, and so on.

Make Sure Everyone Can Play

Along with age ranges, game boxes also tell you how many players can play. This can range from one player up to many. Some games, like Werewolf, easily scale up to massive groups without requiring any additional purchases. Others, like The Red Dragon Inn, offer additional players when you mix in the expansion packs.

The number of people in your family doesn’t have to strictly match the suggested amount of players. You can break into teams if more people than the game is designed for want to play. In fact, splitting up into different groups is a great way to keep older and younger kids engaged.

Some games are more fun with more players and some are better with fewer. Consider keeping a notebook with the games you’ve played, how many participants were ideal, which ones the kids enjoyed, and which ones they didn’t.

This can make family game night less stressful for everyone.

Keep Everyone Engaged with Cooperative Games

There are lots of great cooperative games out there that require everyone to work together to win. While cooperative games mean you all win or lose together, they also require you to learn to work as a team. There’s no single strategy for winning when it comes to this time of gameplay.

RELATEDThe Best Cooperative Board Games for Your Next Game Night

People can still get eliminated from many cooperative games, though. In some cases, the game goes on without them, while in others, if one person is eliminated, the game is over.

Two-player games have one winner and one loser, but when you play with multiple people, you might want to keep everyone in until the end of the game. This means you want games that have no eliminations. Some cooperative games fit that bill—especially those in which if one player is eliminated, the game ends.

The Ticket to Ride collection is a great example of a family-friendly board game with no elimination. It isn’t a cooperative game, though, as you battle to see who can build the most railroad tracks. The same can be said for the board game classic Settlers of Catan—no one is eliminated, but it’s very competitive.

For adults and older kids, it can be fun to play complex games. However, you might want to take a break from the more mentally challenging stuff sometimes, and play something lighter. Building railroads in Ticket to Ride is fun, but it takes strategy.

Instead of playing two intense games on the same night, choose something easier. Games like Blob Lobber and Uno can be fun, and they take less thought (and time).

Cooperative games, and even some classics like Monopoly and The Game of Life, can sometimes take an hour or more to play. Try to keep a varied collection, so you have some games you can finish in half an hour or less, as well as some lengthier titles.

Not every game night needs to last for hours! 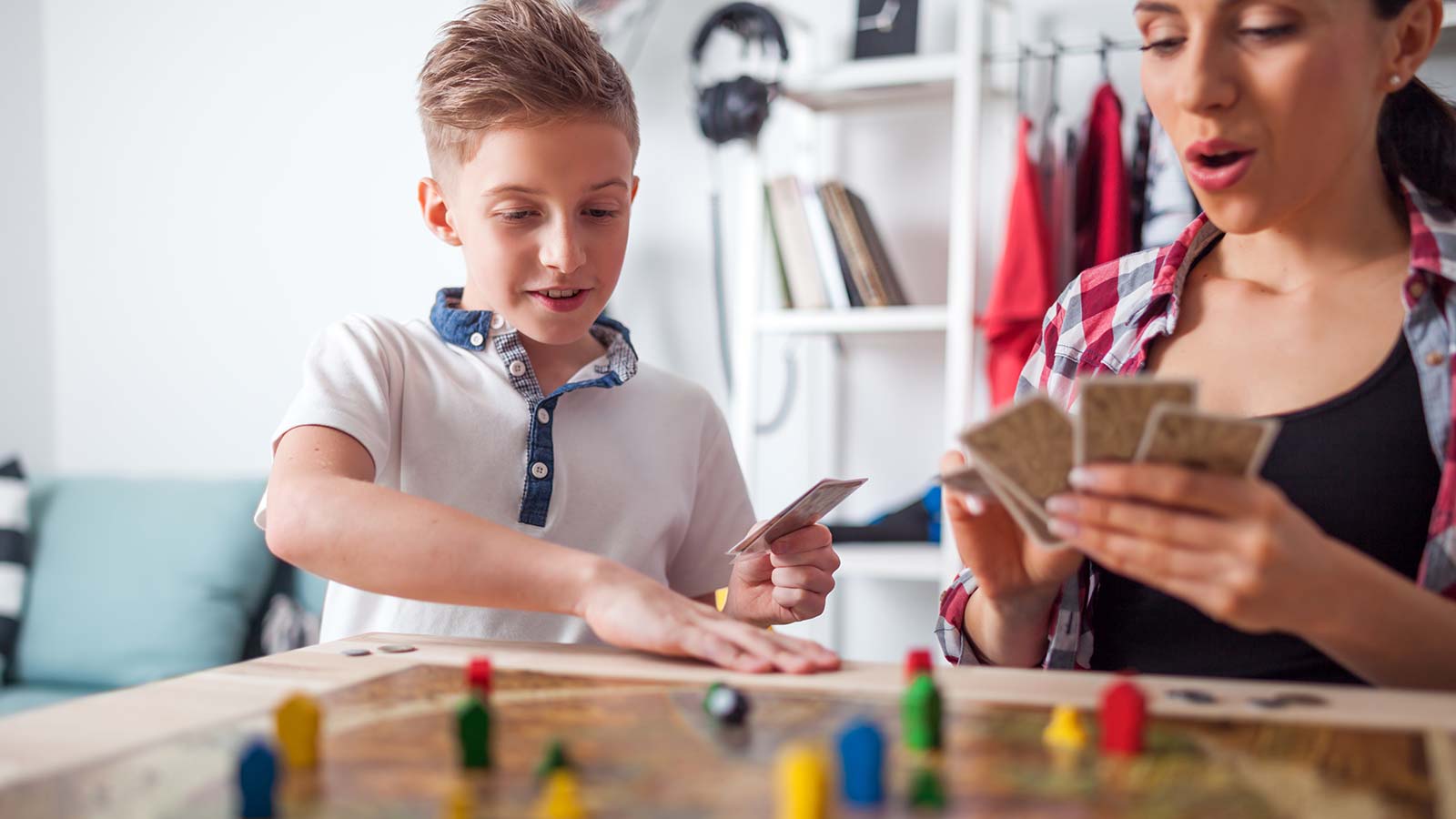