When your child lies, it’s difficult not to wonder where you went wrong. However, even though you don’t want to encourage it, lying is a sign that your child’s cognitive abilities are developing.

Lying is a sign of intelligence, advanced reasoning, and the ability to understand other’s thoughts and beliefs. Let’s take a look at the main reasons toddlers lie and how you can encourage your child to tell the truth.

Why Your Toddler Lies

By age 3, about 50 percent of kids lie. In most cases, it’s obvious, such as your child saying he didn’t open the jar of paint when he has paint all over his hands. When toddlers lie, they usually aren’t very good at it.

Let’s break down the most common reasons your toddler might lie to you:

Why Lying Is Considered a Milestone

Instead of being upset your child is lying, Kang Lee, a psychology professor at the University of Toronto, believes you should be pleased that your child can lie because it’s a sign his brain is developing properly. It shows that a child is trying to understand what another person is thinking. This is a huge leap since younger children believe everyone thinks and knows the same things.

For example, if a child doesn’t pick up the toys in his room, he believes his parents (and everyone else) will somehow know this, even though no one has seen the current state of his room. A child who’s capable of lying, though, knows his parents haven’t seen his room recently, so when he’s asked if he picked up, he might say he has when he hasn’t. He understands his parents don’t know what he knows—that his room is a mess.

This 2015 study found that theory of mind (ToM)—the ability to know what someone else does and doesn’t know—is connected to the development of lying.

Even though it’s not a skill you want to encourage your child to develop, bending the truth shows she’s developed the ability to think outside her own thoughts, beliefs, and awareness. This can improve interpersonal skills, such as communication and forming relationships, and even fantasy and pretend play.

Watching your toddler awkwardly lie can make you feel like you should step in, offer a moral lecture, or at least scold him for being dishonest. First, though, take a moment and appreciate this new skill.

Your child has learned how to think outside the box! It might be in her favor—such as wanting more time to play or to get out of a punishment. She might just be experimenting to see what happens when she communicates something different than what actually happened.

Of course, over time, you have to guide your child to the right path. A kid who continues to lie—especially about important things—is never a good thing.

Try not to respond with anger or harsh punishment, as this can make your child resistant to open up in the future. Instead, it’s best to talk about why it’s important to tell the truth, but stress it’s okay to make mistakes.

You can also avoid setting up your child to lie. Don’t ask if he squirted ketchup all over the kitchen if you know it was him. Instead, say, “I see you squirted ketchup everywhere. Come help me clean it up.” This shows your child it’s okay to take ownership for messes and mistakes, and that you’ll still be there to help them learn from it.

You can also start teaching your child the value of honesty, even at a young age. If your daughter tells you she broke a toy, praise her for letting you know. This teaches her that it’s okay to come to you when she encounters a problem, even if it’s her fault.

Learning to lie is a milestone in a child’s cognitive development. Try to remain calm when you talk about lying and continue to teach your child the value of honesty. Most importantly, lead by example—if your child sees you telling little white lies throughout the day, he’ll think it’s okay. 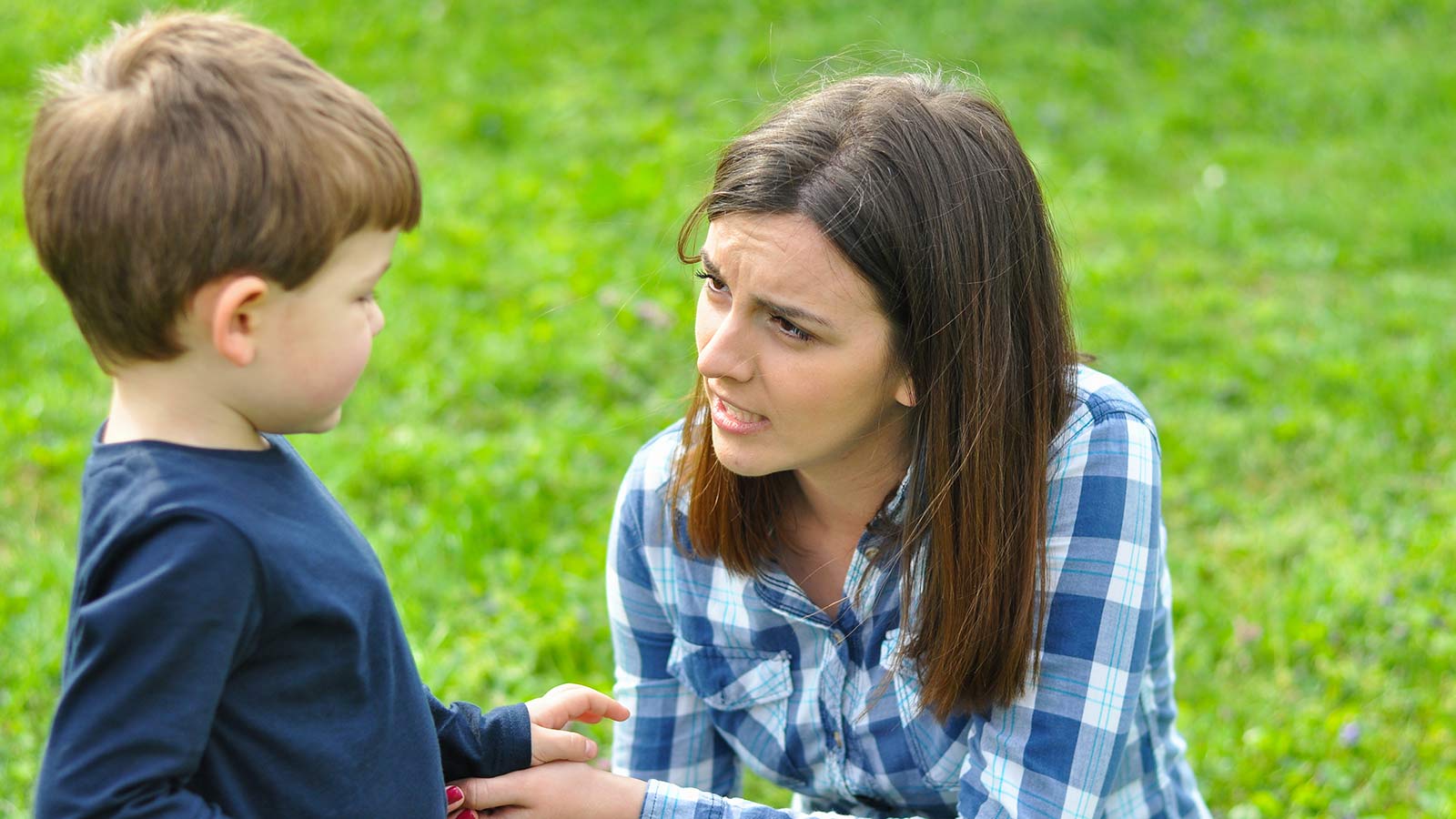