Your silverware drawer is likely one of the neatest in your kitchen. After all, there’s a dedicated organizer for your forks, spoons, and knives. But have you been stacking them the wrong way this whole time?

Patricia Prado Oliveira (@patriciapradooliv) started a bit of an internet feud on TikTok with the way she uses her organizer. Most people stack their cutlery on top of each other when placing them in their dedicated slots, resulting in a vertical stack, but not Oliveira.

She arranges her spoons, knives, and forks on their sides so they’re tucked into compartments one after the other. Her video has garnered over 4.4 million views, which begs the question: Have the rest of us been using our flatware organizers wrong this whole time?

Well, the truth is Oliviera’s method doesn’t make a difference in terms of how neat the organizer, nor does it save any time. But for those who just love organizing things, it’s a fun method to try. The comments on the video are split between those who embrace Oliviera’s idea, and others who prefer the traditional stacking.

Whether you’re into this method or not, there are plenty of other ways to get that kitchen organized. 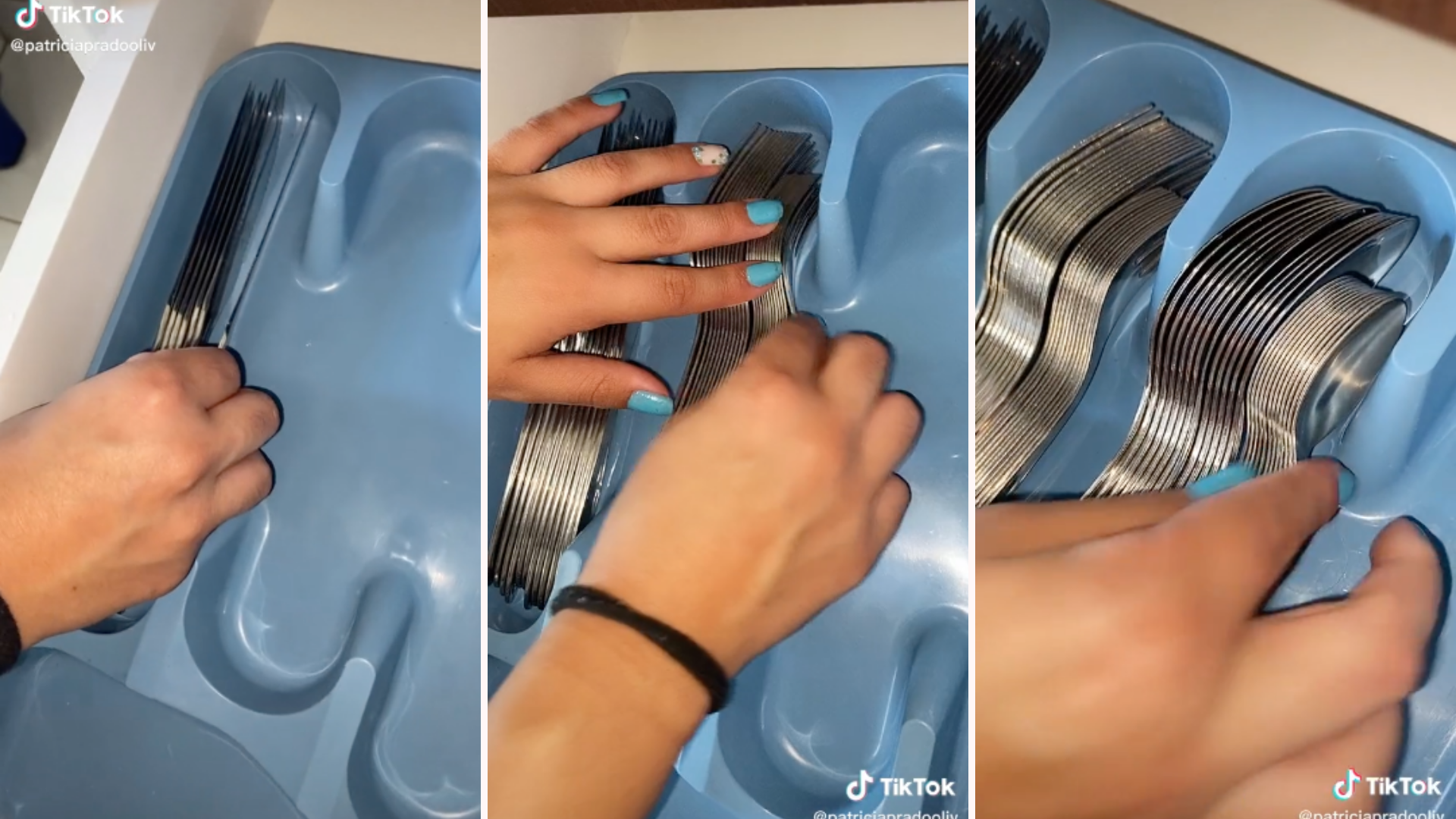