It appears the now-infamous fast-food chicken wars have just gotten crispier. Wendys and Pringles have teamed up to create a Spicy Chicken sandwich chip, taking the fight to a whole new level.

In case you’re unfamiliar with the chicken sandwich wars, you can trace its origins back to 2019, when Popeye’s released its now iconic sandwich. In a shady moment, Chick-fil-A subtweeted about the launch, which resulted in other brands doing the same.

And thus, the war had begun. Now, every chain from Burger King to KFC has introduced their own chicken sandwiches.

But Wendy’s is now taking things up a notch with Pringles and the new Spicy Chicken Sandwich chip. The classic Pringles chips are packed with the spicy, fried flavor of the fast-food chain’s sandwiches and nuggets.

The new chip is slated to launch in June and will be available at grocery stores nationwide. Plus, each can will come with a little surprise. Beneath the cap, you’ll find a code on the seal good for one free spicy chicken sandwich from Wendy’s when you purchase via the app. 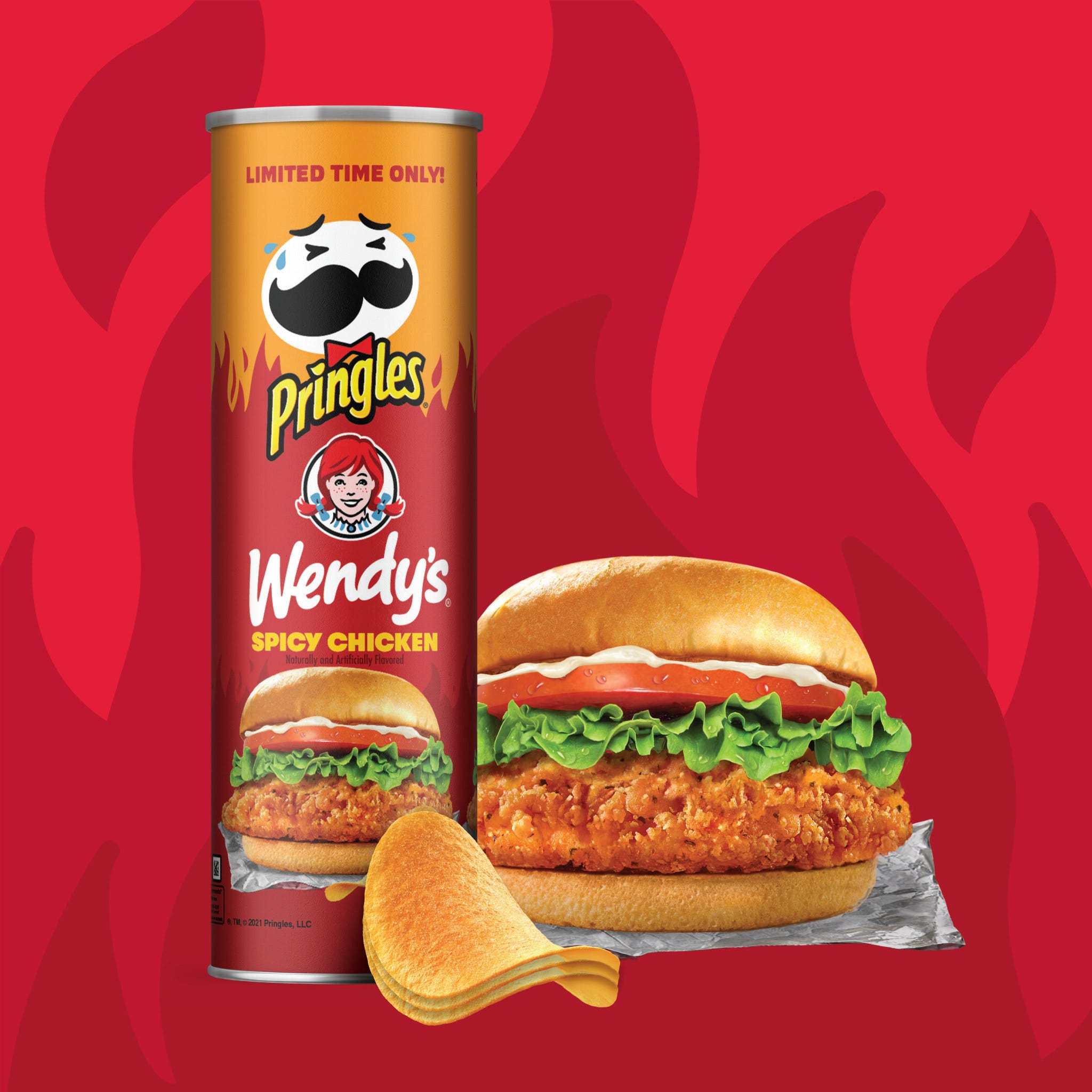