A Bud Light popsicle sounds appetizing to, probably, no one (except maybe your uncle). But a Bud Light Seltzer pop with a fruity flair? Well, that could be the perfect poolside treat.

The popsicles were created especially for the summer season and will come in a limited edition tie-dyed pack.

Inside, you’ll find 12 popsicles in Cherry Limeade, Blue Raspberry, and Summer Ice flavors, and yes, they’re all alcoholic. In fact, they have the same ABV (5%) as the seltzers, but fewer calories and sugar than a typical beer.

As for when you can get your hands on these bad boys, they’ll be launching mid-June, but no official date has been given. Keep your eyes peeled on Bud Light’s social media for updates and keep checking the shelves of your favorite liquor and grocery stores. You can also keep checking the Bud Light website for a launch date.

The popsicles aren’t the only new items Bud Light is planning this summer, though. A 12-pack of the same flavors will also be released as traditional seltzers, but again, no specific date has been provided.

In the meantime, though, you can pick up the new Bud Light Seltzer Iced Tea pack which launched May 24 at liquor and grocery stores nationwide. These sips pair the fruity flavors of classic seltzers with iced tea for a 5% ABV beverage.

Speaking of seltzer, did you know Sonic released hard seltzer versions of its famous Slushes earlier this year? 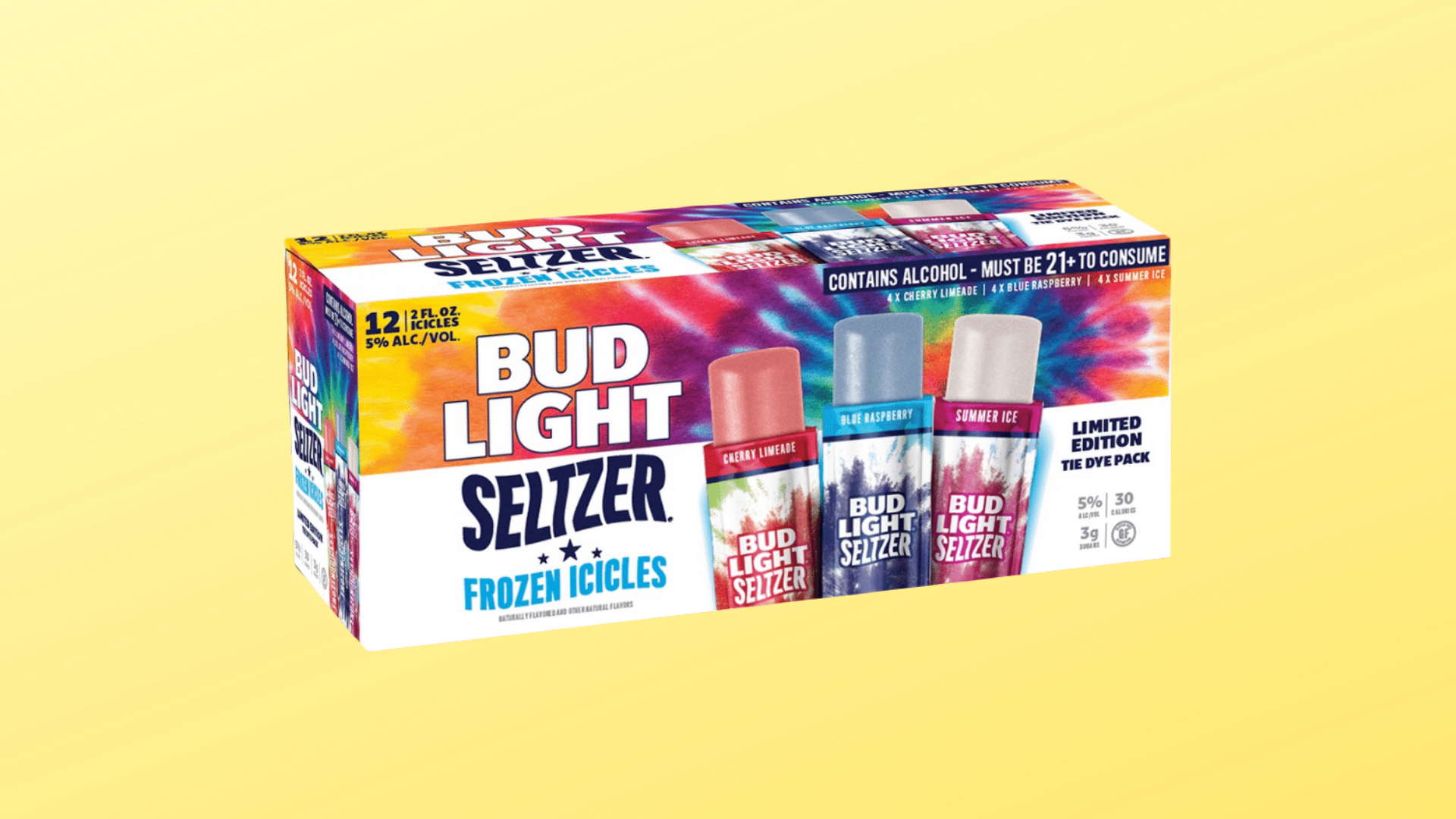