Microwaves are a tremendously convenient appliance to have in your kitchen, but sometimes the texture of your food suffers from using it. Here are five foods you should reheat in the oven instead.

The Difference Between Microwaves and Ovens

Before diving in, it’s essential to understand how each kitchen appliance works.

Microwave ovens, usually just called microwaves these days, became game-changers in household kitchens in the 1970s. They provided convenience for busy families on an entirely new level. Not only do you now see them in homes everywhere, but your breakroom at work usually has one, too.

They heat food quickly because they channel heat energy directly to the tiny particles in the meal you’re heating. When you use a microwave, the water inside the food moves around and will leave your dish with an unappealing soggy texture—the water moves into the exterior of your food, which might have originally been crispy or crunchy. This is exactly why a microwaved slice of pizza never has that straight-from-the-pizza-oven texture.

The oven, although not as convenient and quick as the microwave, is among the most integral kitchen appliances available. You use the stovetop to fry eggs, sauté vegetables, and boil pasta. The inside of the oven is used for baked goods or to heat casseroles and pizza. Holidays like Thanksgiving wouldn’t be the same without it.

Ovens work by releasing thermal radiation. The elements in your oven point the heat in a specific direction. So if you’re baking, the lower elements will be on and direct heat upwards. If you’re broiling, the top elements will be on and direct heat downwards. Where the microwave causes the entire body of the food to vibrate on a molecular level, an oven instead radiates the heat—much like the sun warms the earth—from the outside in.

Ditch the Microwave for These Five Foods

The microwave might take only seconds or minutes to heat your leftovers, but specific foods do much better by being reheated in the oven. Check out this list of foods that shouldn’t ever go in the microwave if you’re hoping for the best results.

Most of us have fallen victim to getting hungry and throwing some leftover fries in the microwave as a snack. Your reaction probably wasn’t as exciting as you originally were to eat them.

Please don’t ruin a perfectly tasty snack by throwing it in the microwave. Instead, pop it in the oven. The dry heat of an oven will help bring back the crisp and crunch that the fries once had. Preheat your oven to about 350 degrees and keep them in for about 10-15 minutes. They’ll be as good as new.

Usually, your best bet with meat is to reheat it in the same place you originally cooked it. If you pan-seared it and finished cooking it in the oven, then you should rewarm it in the oven. You’ll use the low and slow process and turn your oven on to 225 degrees.

Add one or two tablespoons of butter on your steak or chicken, then cover your pan with foil. Cook your meat for about 15 minutes. Remove the foil, and cook for another five minutes uncovered.

Food that’s breaded or initially fried works just the same as French fries. They’re crispy when you first eat them, so you want to get the best version of these yummy treats the second time around, too.

To do so, preheat your oven to about 350 degrees and bake them for about 10-15 minutes uncovered.

Ever eaten overdone lobster or shrimp? It’s like chewing on hard rubber and not satisfying at all. Nuking your seafood leftovers in the microwave can easily cause this to happen because the microwave heats food so quickly and takes the moisture out.

Put your seafood in a Pyrex dish, add a drizzle of butter, and cover your pan. Preheat your oven to between 225-250 degrees and cook until the food is heated through.

You initially baked your pizza in the oven, so naturally, that’s where it belongs if you’re reheating it. Preheat your oven to 375 degrees. Reheat your pizza for about 10-12 minutes to get that crisp back. You’ll be happy you did.

While using an oven to reheat your food takes much longer than in a microwave, the results of your food will be much better. If you’ve got an extra 15 minutes to spare, take the time to use an oven, especially if you want to experience the same textures the dish once had. 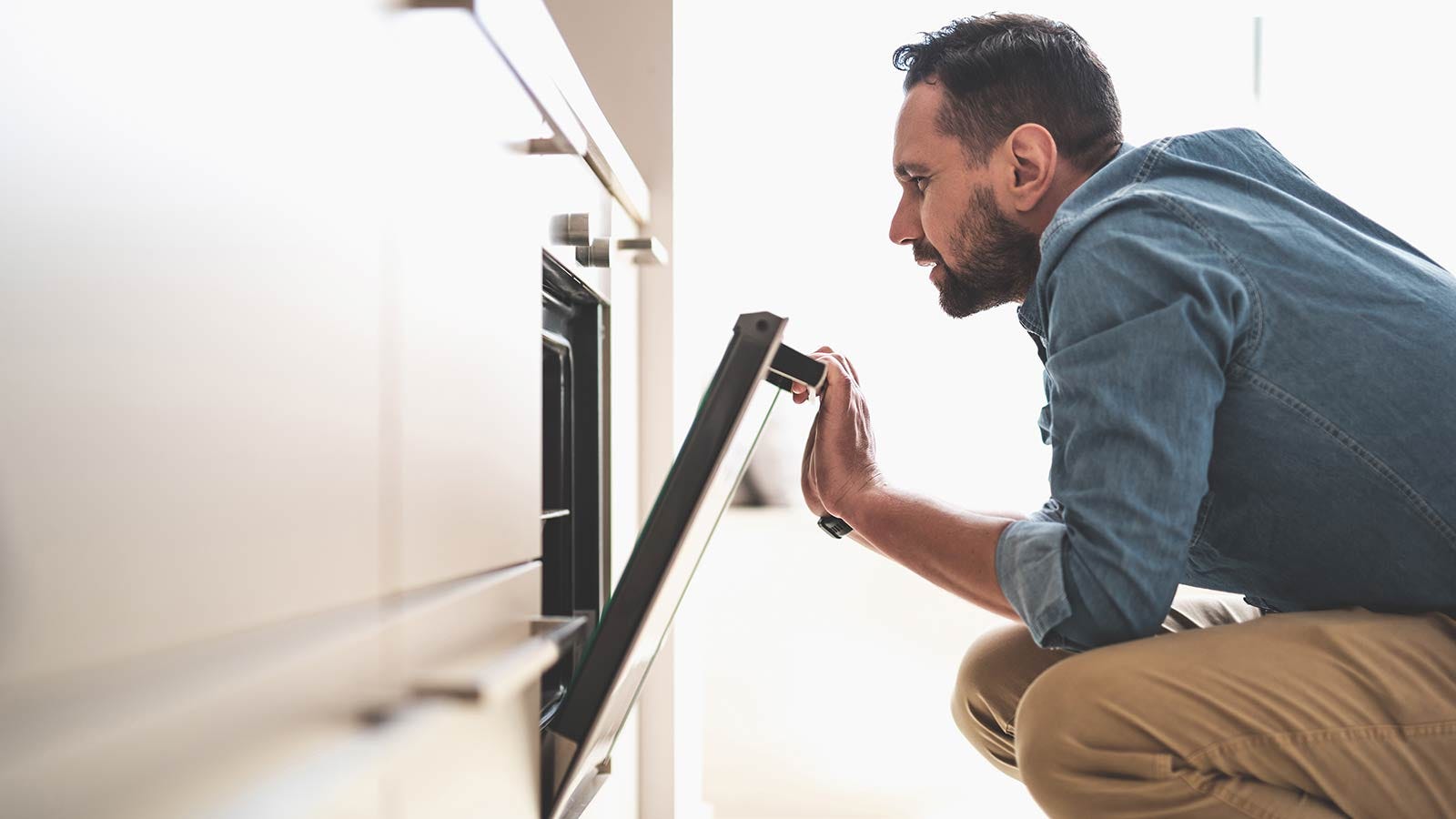