Whether you’re making Fourth of July plans or you’re already planning for Labor Day, there’s one water accessory that you might want to put on your to-buy list. FunBoy’s Disco Dome is a full floating party, complete with an actual disco ball.

If the name FunBoy sounds familiar, it’s because this is the same brand that makes that massive pool cabana that went viral last year. That cabana features four reclined seats, a built-in cooler, mesh footrests, and a shade attachment.

The float, which is actually called the Disco Dome, features a pink and green palm tree motif that screams party. It can seat up to four people and, in the center, there’s a mesh footrest to keep you cool as you party.

Of course, the built-in cup holders and backrests are there, so you can sit back and relax. Basically, it was pretty much made to post on your Instagram feed.

As for the cost, the Disco Dome will run you a pretty penny at $299. But the best part about the float is the inflatable disco ball (that doubles as a beach ball) hanging from the center.

Currently, the ball is sold out on the site when bought separately. However, if you and your friends can split the cost of the Dome, FunBoy will throw in the disco ball for free. If you’re planning a party by the pool for the upcoming summer holidays, FunBoy’s Disco Dome is worth the investment.

Looking for food ideas for your holiday bash? Then you’ll definitely want to check out these Fourth of July recipes. 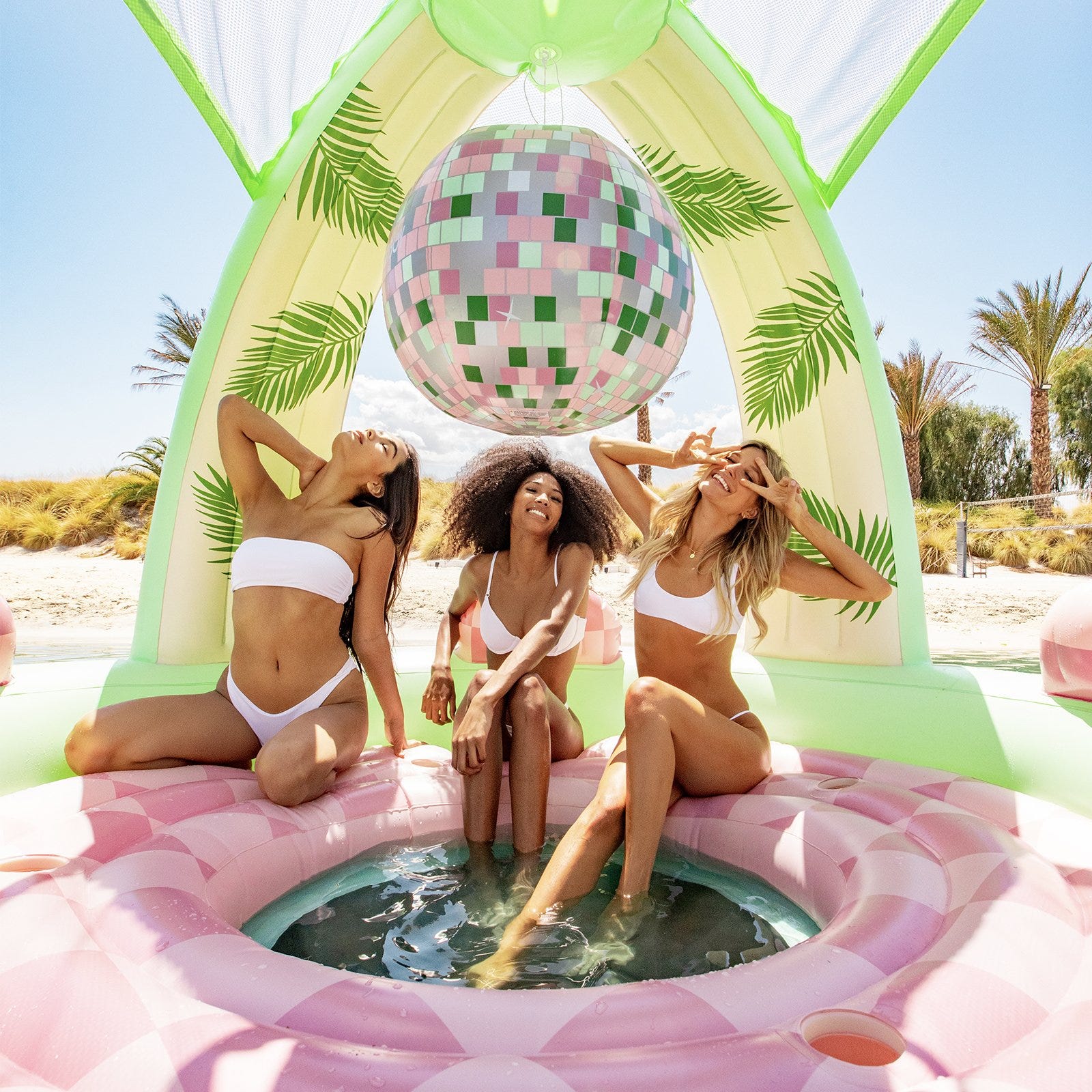 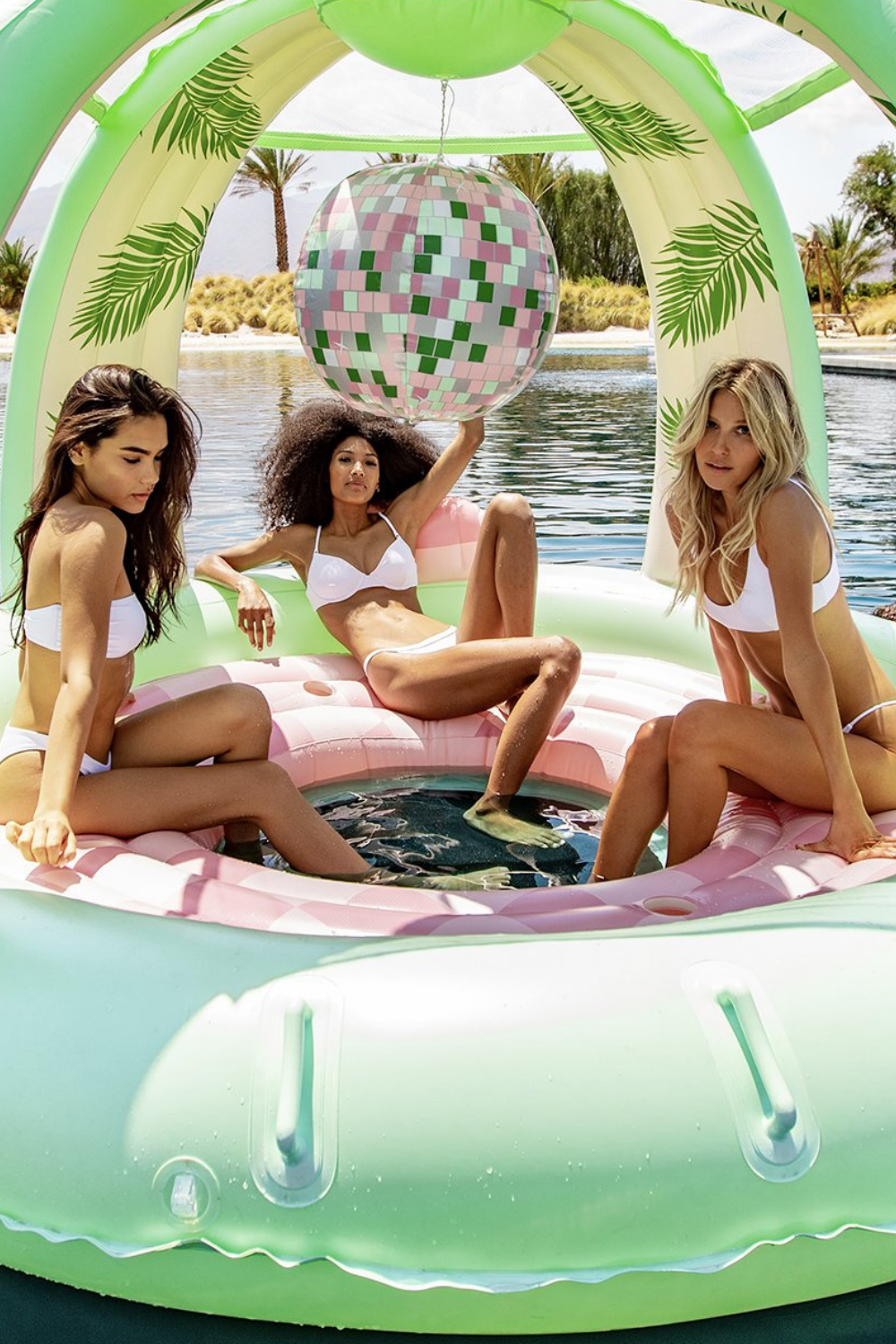