Animal lovers who aren’t yet interested in gardening might still want to visit a few greenhouses. Why? Because pet ambassadors are becoming a trend, as proven by the adorable cats at a Midwest landscaping company.

Oakridge Nursery and Landscaping in Brandon, South Dakota, regularly posts its four-legged employees on its social media accounts, and the adorable furballs are enough to make even people who can’t keep a cactus alive want to head to the greenhouse.

On the store’s Facebook page, you’ll not only see its wide selection of plants, flowers, and gardening accessories, but also the felines who live there. There are photos of kitties taking a “morning stroll” through the plants as well as a store Christmas card that, of course, had to include the furrier members of the staff.

All of the kitties have been named after plants. There’s Annabelle Hydrangea, Betty (short for Betula), and Agnus (a nickname for Angustifolia).

Annette Scheffer, the manager at Oakridge, told Daily Paws that the original owners’ little girl loved cats and always brought them to the greenhouse. Even after she went to college, the cats just kept coming.

“We’ve always had cats,” Scheffer said. “They’re great for pest control, and it was also therapeutic—if you’re having a bad day, you pet some cats and walk around with them, and customers don’t seem to mind.”

If you’re ever in Brandon and need some plants (or just some kitty therapy), be sure to pay them a visit.

Need a feline serotonin boost now? How about cats dressed as mail carriers? 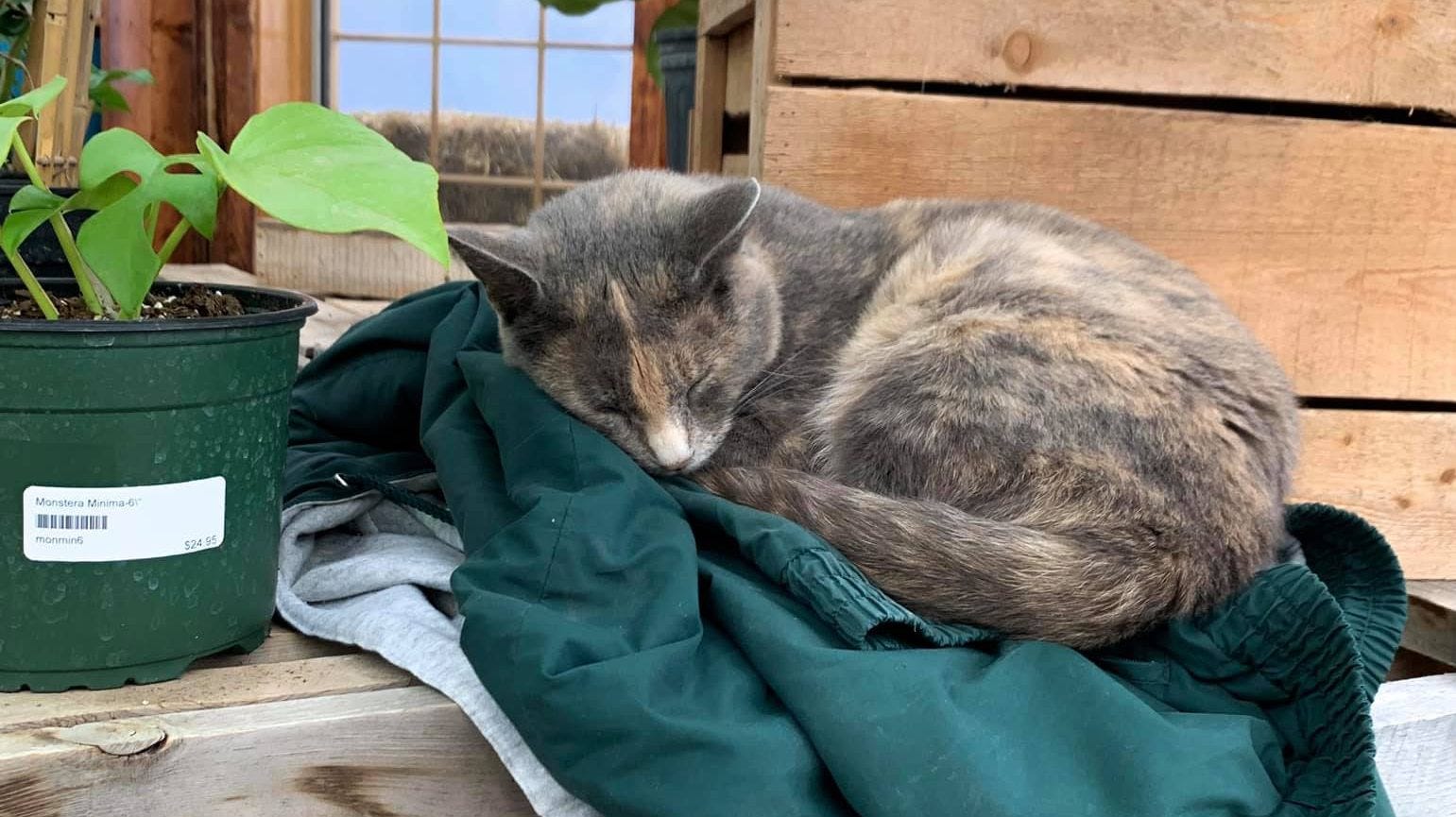 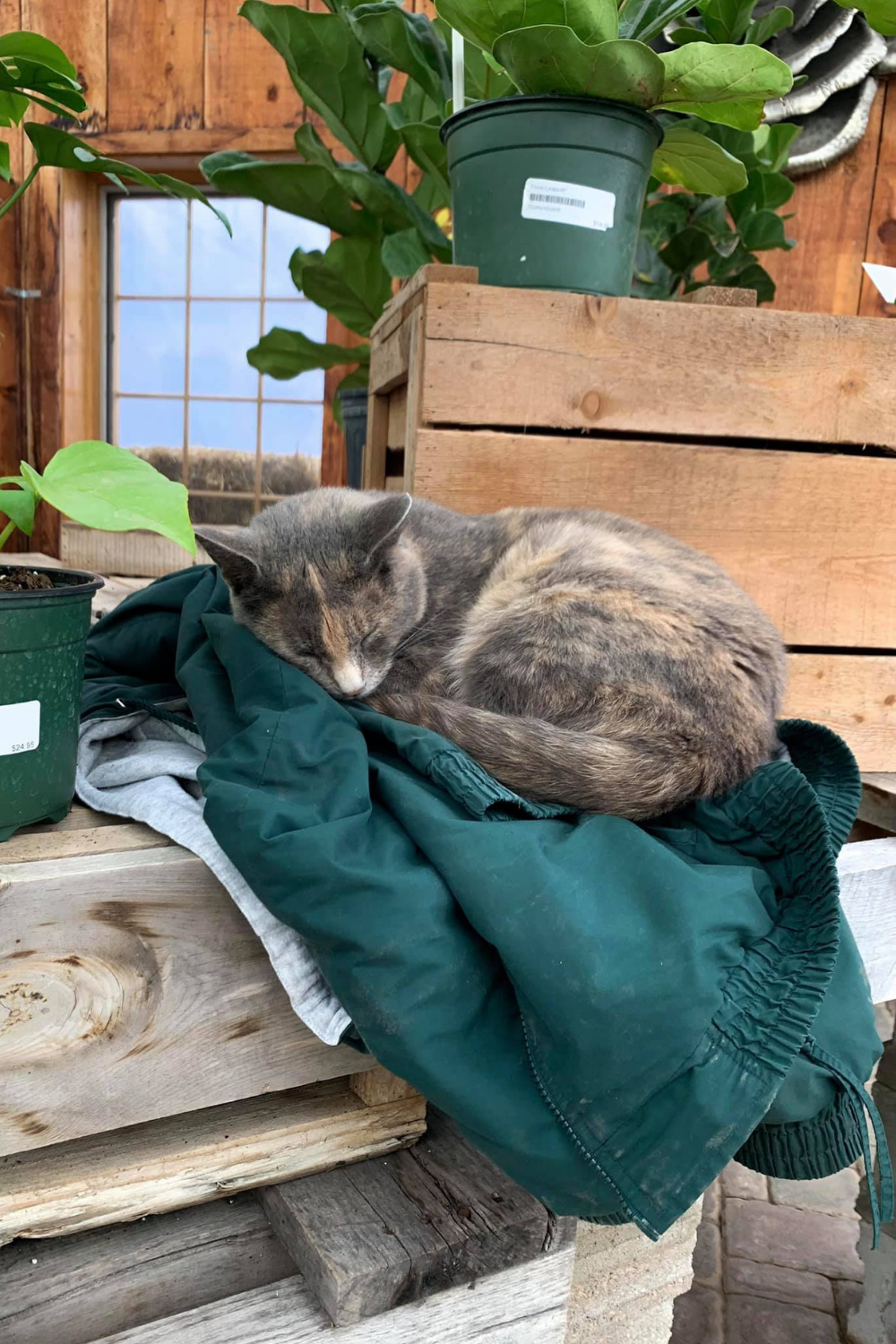