For years, hobbyists have enjoyed using 3D printers to print, layer by layer, everything from Pokemon figures to replacement parts for tools. Now, Habitat for Humanity is 3D printing homes for those in need.

The concrete printer, designed and provided by German firm PERI for the project, was erected over an already poured foundation. There, it moved slowly back and forth, laying down the walls of the home. If you’d like to see the printer in action, you’re in luck. Check out this video that Habitat for Humanity released promoting the project and showcasing the printer in action:

Once the concrete portion has cured, the remaining 20% of the structure, such as the doors, windows, roof, and drywall, will be added to the home using traditional construction methods.

Not only is this a cool “Wow, look at that technology!” moment, but it’s also a really cool moment in terms of housing affordability. Habitat for Humanity’s goal is to utilize 3D printing consistently in home construction to lower costs and help house more people. You can read more about the project and see more photos of the process at Habitat for Humanity’s 3D Home page here. 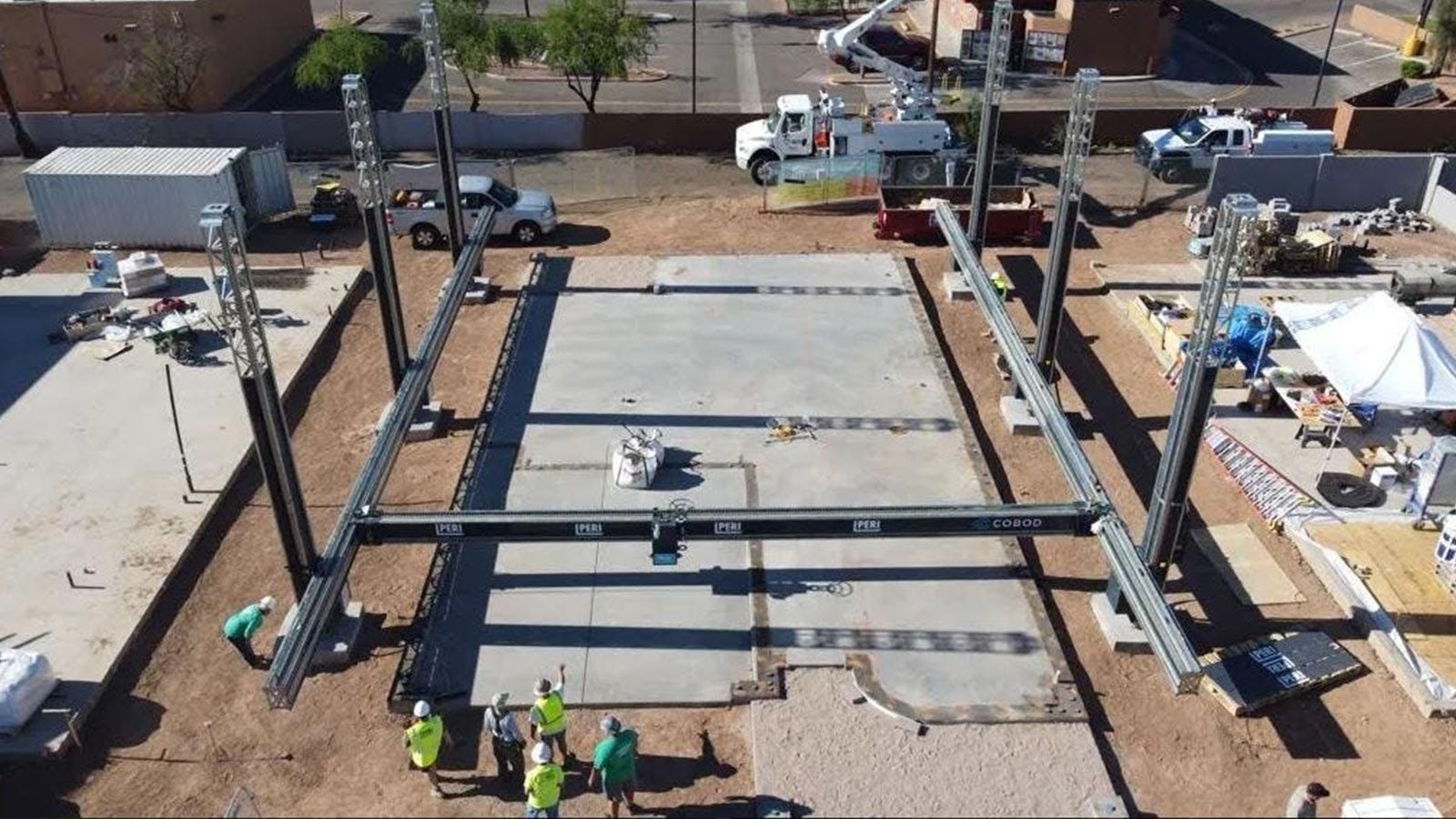