When the weather turns, nothing’s quite as comforting as a hearty beef stew. Whether you want something quick and simple or something truly extraordinary, here are our favorite recipes.

There’s something special about beef stew. The way the gravy glistens over the fork-tender meat and soft—but not mushy—root veggies is a genuinely heartwarming thing. There is also a surprising variety of techniques, recipes, and flavors out there. So, whether you’re looking for a classic beef stew or something a little fancier—like a bourguignon—we’ve got you covered.

Beef Stew is not a complicated dish. At its base, it’s just chunks of beef and root vegetables cooked slowly in a rich gravy. What elevates this French Beef Stew to our top choice is that it uses a variety of root vegetables.

In addition to the standard potatoes and carrots that you find in most stews, this recipe also uses turnips, rutabagas, and parsnips. These root vegetables aren’t used as much in stews these days, and that’s a shame since each provides a slightly different texture and flavor than potatoes and carrots.

The dish is simple to prepare, as well. It’ll take about half an hour of prep time and a couple of hours to cook—either on the stovetop or in the oven.

Get the Recipe: The Daring Gourmet

If you don’t feel like using the additional ingredients in our top pick, or you just have all the basic ingredients on hand already, you can’t go wrong with this old-fashioned American beef stew.

Beef, carrots, potatoes, onions, and a few other staples are all you need. You can cook the entire thing in one pot, and the recipe scales up or down nicely. Prep time is around 20 minutes, and cooking time is around an hour and a half.

Get the Recipe: Molly O’Neill for New York Times Cooking

Bourgignon is a classic French beef stew made with red wine, mushrooms, pearl onions, and bacon. This Boeuf Bourguignon recipe takes a little more time to put together than the others we’re featuring here and requires a few ingredients you might not have at hand.

You’ll use gelatin to thicken your broth, sear whole beef chuck steaks before cutting them up, and then create a gravy with a lovely base of red wine, fish sauce, and bouquet garnis added to your gelatinized broth.

Prep time on this one is about an hour and a half, and you’ll need an additional two hours for cooking.

Get the Recipe: Daniel Gritzer for Serious Eats

The best fish sauce around. It's also gluten and shellfish-free.

Beef stew is ideally suited to slow cooking. Using a slow cooker lets you put everything together in the morning, cook the stew over seven or eight hours, and have it ready for dinner in the evening. You can also use less expensive, fattier cuts of meat because it has plenty of time to break down and get tender.

Other than that, this is a pretty standard beef, potato, and carrot stew recipe—just geared toward making in a slow cooker. You’ll need about 15 minutes of prep time to sear the beef and chop up the veggies and then a good seven hours of cooking time. After that, you can add a butter and flour mixture and then cook another hour for a nice, thick gravy.

Get the Recipe: Sabrina Snyder for Dinner then Dessert

Instead of chunks of beef, this recipe uses homemade meatballs made from sweet Italian sausage and ground beef. Instead of carrots, it uses green beans and red bell pepper. But don’t worry; the potatoes are still very much present.

Obviously, this one has a bit of Italian flair, but it’s still a comforting and deliciously thick stew.

Get the Recipe: Giada de Laurentiis for Food Network

No matter your pick, you won’t go wrong with any of these recipes. And what better way to treat your family than with a sumptuous beef stew and a hunk of fresh, crusty bread on a chilly Winter’s eve?

READ NEXT
Walter Glenn Walter Glenn was an Editorial Director for How-To Geek and its sister sites. He has more than 30 years of experience in the computer industry and over 20 years as a technical writer and editor. He's written hundreds of articles for How-To Geek and edited thousands. He's authored or co-authored over 30 computer-related books in more than a dozen languages for publishers like Microsoft Press, O'Reilly, and Osborne/McGraw-Hill. He's also written hundreds of white papers, articles, user manuals, and courseware over the years. Read Full Bio »
Recently Popular
LifeSavvy is focused on a single goal: helping you make the most informed purchases possible. Want to know more? 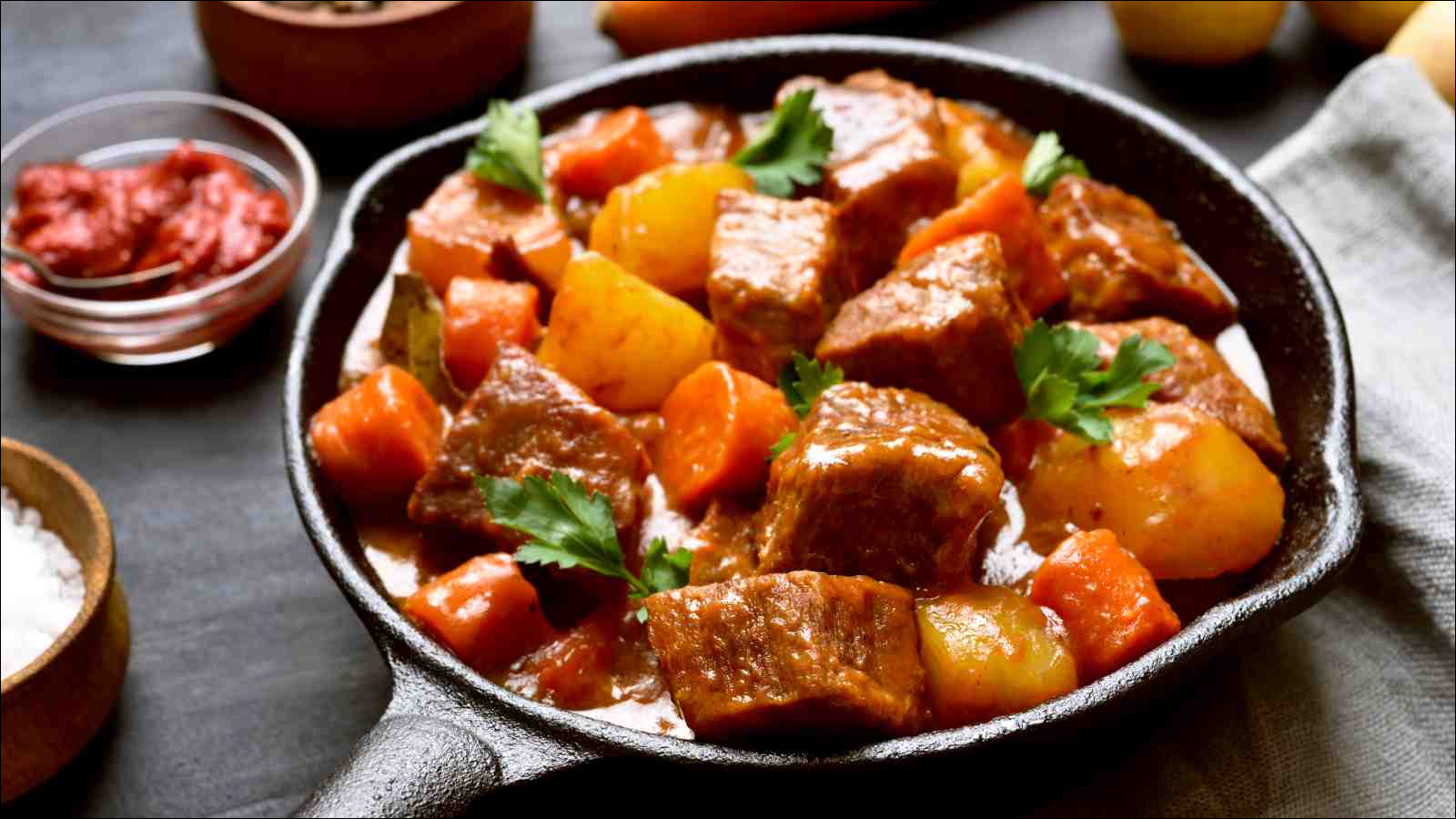