Okra has its haters, and most of them endured these “ladies fingers” coated in gooey gummy slime. Learn how to keep this southern delicacy slime-free and see what all the okra-loving fuss is about.

Contentious might be the best adjective to describe okra. Those who love it, really love it. Those who hate it, look at it with the detest one might reserve only for those slimiest of foes, like a garden slug or a toddler’s errant booger.

What Is Okra and Why Does It Get Slimy?

Okra is a tall plant, up to 10 feet, with cone-shaped edible seed pods, often referred to as “ladies fingers.” Although, we’re not sure what ladies of the American South had fingers like these. They’re fuzzy, slightly sticky, and bright green. Which, to us, sounds more like Shrek’s finger than a lady’s, but who are we are to say?

While Americans may think of okra as a southern staple, its history extends far beyond that. From the cradle of civilization in Ethiopia, okra made its way throughout Africa, then to India, Southeast Asia, and eventually to North America. That’s right folks. Okra isn’t just a southern staple. It’s used in a myriad of dishes across cultures and regions from Turkey, to China, to the United States.

More often than not, American’s think of this pod as synonymous with gumbo. And, it’s true, many gumbos rely on okra to act as a thickener. However, okra is far more versatile than that, assuming we can look past its slimy tendencies. So, why does okra get slimy?

First of all, it’s not called slime. It’s mucilage, which sounds just as disgusting but slightly more professional. Okra needs mucilage to form for it to germinate. This slimy substance helps the plant retain water during those hot southern summers, but as many an okra-hater knows, it doesn’t have the most pleasant mouthfeel.

Seven Tips to Stop the Slime

Not to worry, there are more than a few ways to stop the slime. Almost all of them have to do with avoiding excessive moisture. That’s the key take away. Just like the Wicked Witch of the West, these viridescent bad boys don’t take well to H2O. Read through all the tips, and you’ll see what we mean.

2. When Preparing Okra, Rinse It and Then Thoroughly Pat Dry.

Any moisture on the outside of the okra will encourage mucilage. Let us repeat; half-heartedly dried okra is a sure bet for a slimy finish.

Some recipes will tell you to cut it, but if you can avoid it, do so. Cutting the okra releases mucilage, and once it’s floating around, there’s no going back.

4. If You Can’t Cook It Whole, Use A Very Sharp Knife…

and wipe the blade off in between cuts. This will keep the slime from spreading and reduce it considerably in the final dish.

The best way to cook okra for those who are repulsed by its slimy nature is hot and fast. Deep frying, roasting, or grilling are all excellent options. Avoid preparations that include stewing or long-simmering.

Overcooking okra encourages mucilage release. Hot and fast, remember? While we’re at it, don’t cover or crowd the pan either. Trapped moisture from steaming okra in a jammed or lidded pan also causes slime.

Tomato and okra are a classic pairing. It’s exceptional flavor-wise, but it also works because the acidic tomato juice will help cut through any spilled mucilage. Lemon juice or white wine will always do the trick as well.

Now that you’ve got all the slime-fighting tips and tricks, it’s time to make some okra! So, fire up the grill, turn that oven to high, or set up that deep fryer. It’s about time you tasted okra without the slime. 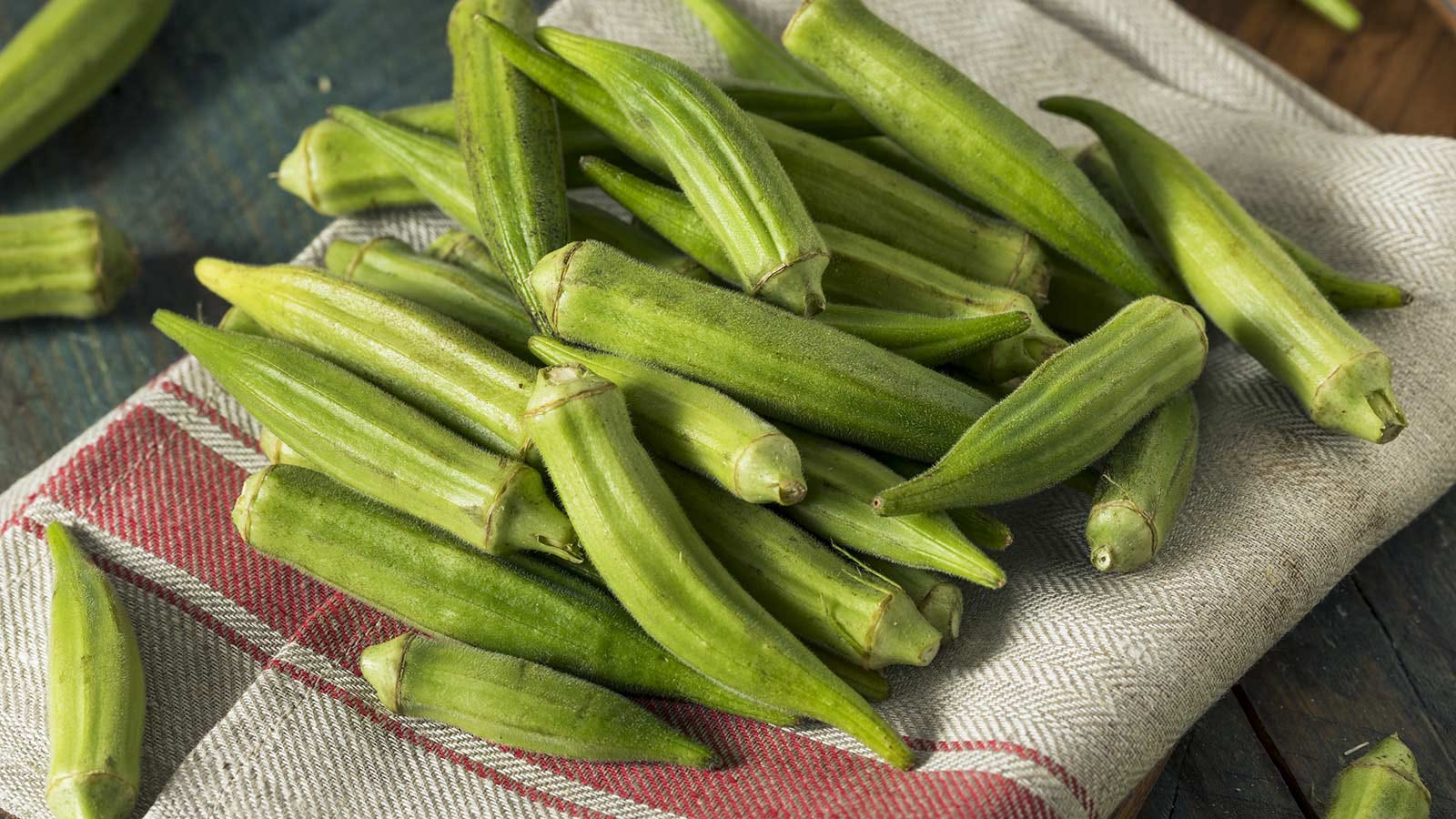