Fans of Studio Ghibli and its leader, Hayao Miyazaki, know that its films have some of the most iconic animated imagery. Now, you can see what some of the studio’s most famous fictional homes would look like if they were real.

HouseHoldQuotes wanted to see what the Japanese concept of kawaii (cute feelings) found in Miyazaki’s work would look like in real homes. While kawaii is certainly not a new aesthetic, it (and Studio Ghibli) did inspire a recent TikTok design trend called cluttercore.

To create the look, you take everything you love or that you’re interested in and display it. Obviously, this results in walls covered with artwork, shelves decorated with knickknacks, and zero wasted space. This aesthetic was partially inspired by rooms from Miyazaki’s films, like Howl’s bedroom in Howl’s Moving Castle.

HouseHoldQuotes used those images as inspiration and made them into real spaces—or, at least, rendered them to show what they would look like if they were real.

The site recreated five rooms: Arrietty’s bedroom from The Secret Life of Arrietty, Zeniba’s kitchen from Spirited Away, Howl’s bathroom from Howl’s Moving Castle, Anna’s bedroom from When Marnie Was There, and The Cat Bureau from The Cat Returns.

Some rooms, like Howl’s bathroom, retain the bright shades and whimsical aesthetics of the film they’re from, but others, like Anna’s bedroom, look much more like “normal” spaces.

You can explore them all, along with more detailed descriptions, over on HouseHoldQuotes. 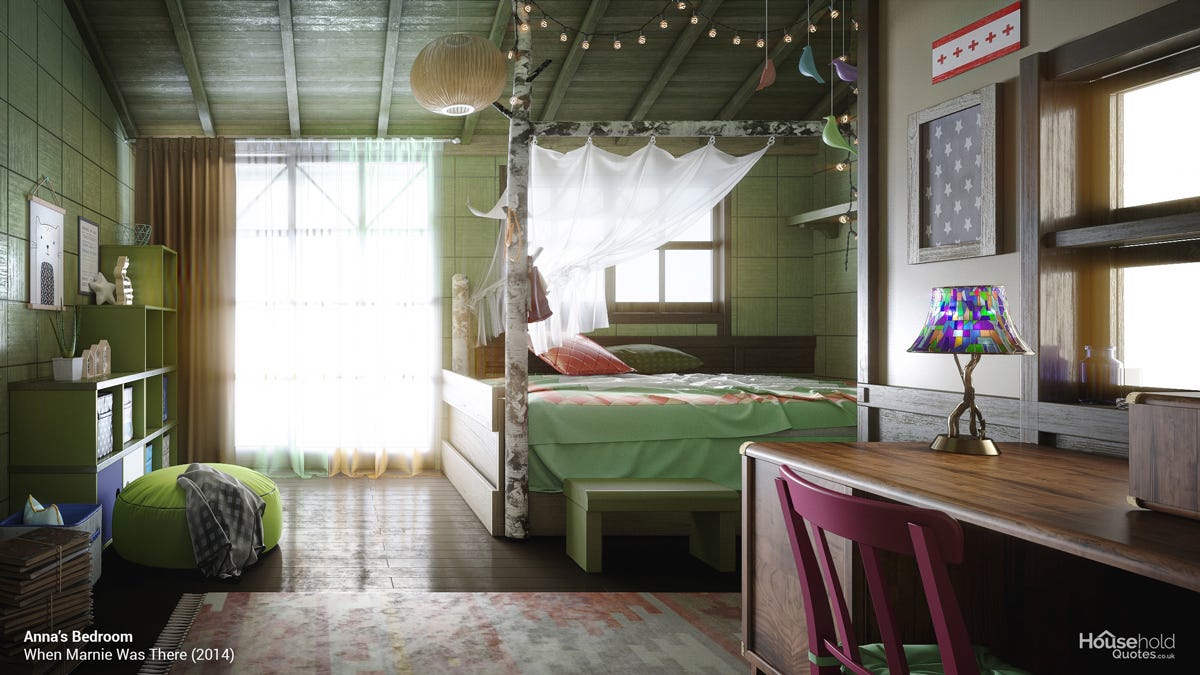 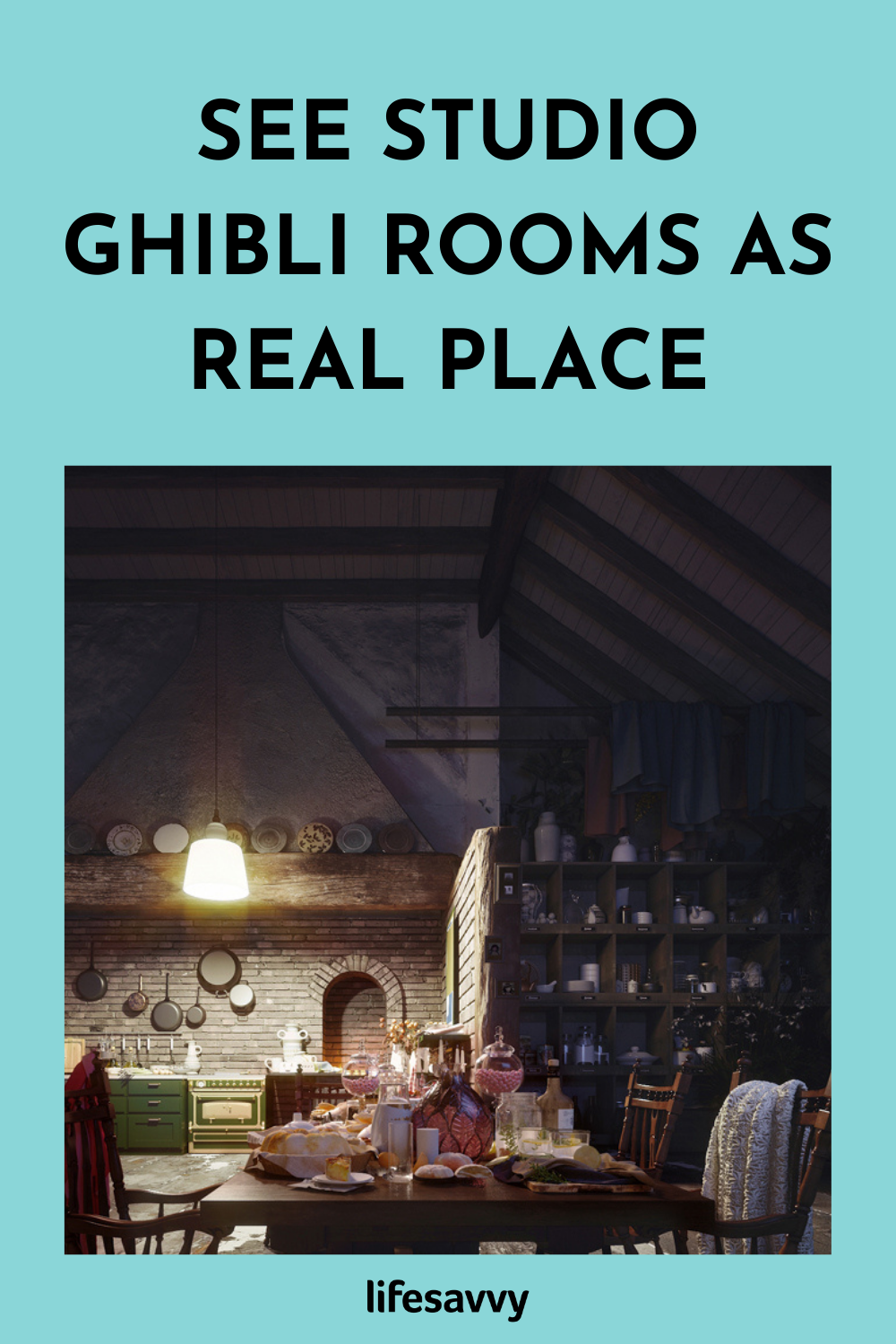