Ah, TikTok. The home of both silly dance videos and various life hacks. One of the latest recipes to go viral on the platform is creamy lemonade, and you’re gonna want to try it!

Creamy lemonade is, well, exactly what it sounds like: traditional lemonade, but with sweetened condensed milk. This gives it sort of a piña colada-like texture and flavor, but without the coconut and rum.

Given lemonade’s status as a summer staple, it’s likely this new version will be everywhere as temperatures continue to rise.

So, how do you make it? According to @hayzeegirldesigns (one of the original posters), you first fill a pitcher halfway with ice. Then, add some lemon slices before juicing 5-6 lemons into the pitcher. She also adds strawberries, but this is optional.

Next, throw in 1/4 cup each of condensed milk and sugar, fill the pitcher the rest of the way with water, give it all a stir, and bam! You’ve got creamy lemonade!

While creamy lemonade has recently gained popularity on social media platforms, it didn’t originate there. It’s actually based on a drink from Brazil called limonada suíça (Swiss Lemonade).

That version is made with limes and an entire can of sweetened condensed milk, so it’s a bit different from the recipes now circulating on TikTok.

There are actually tons of different ways you can make a refreshing pitcher of lemonade, so why not try them all this summer? 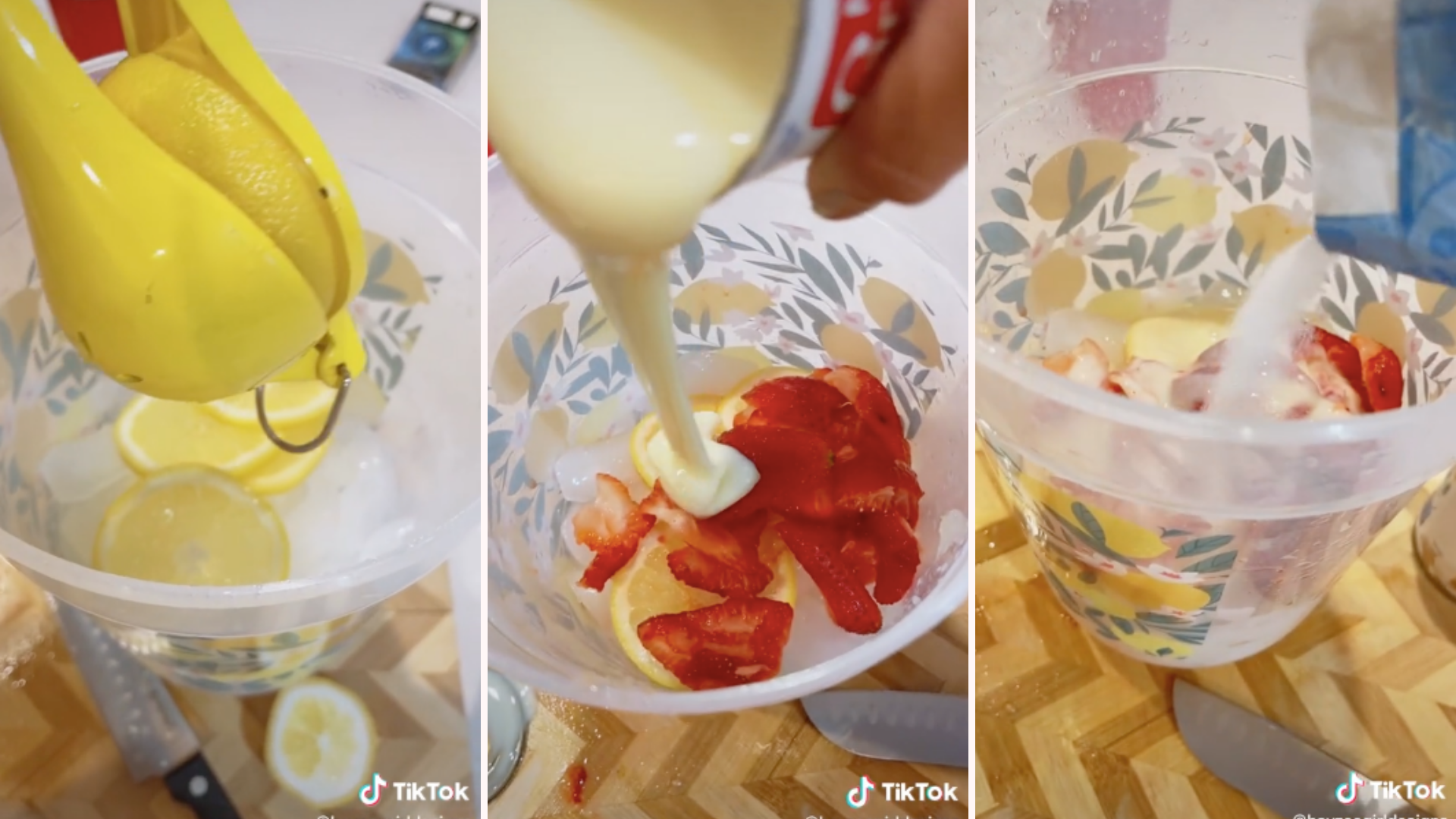 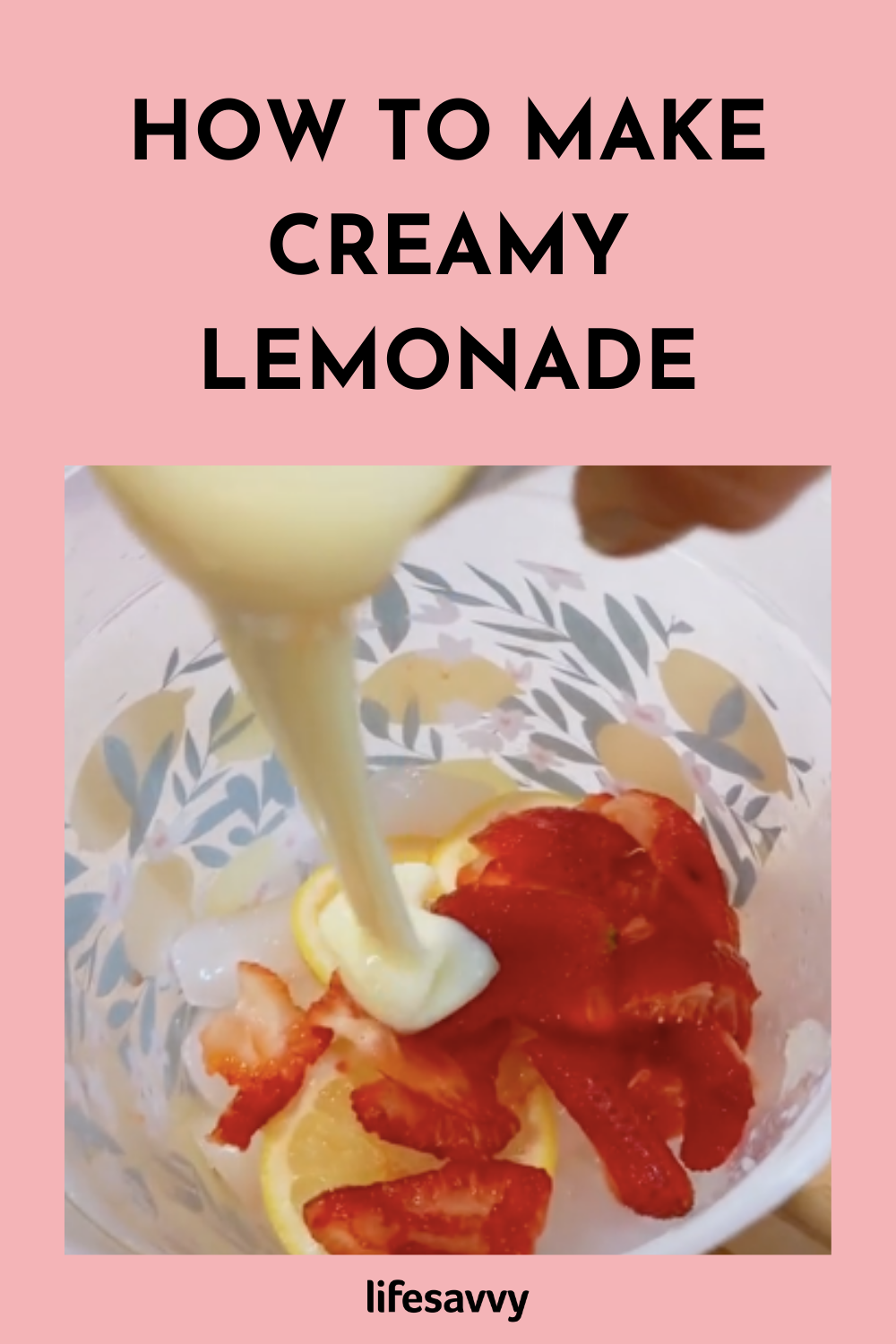