When a film or TV character drinks a tumbler of whiskey (we’ll get to the spelling in a minute), it’s a sign of sophistication and class. If you want to tap into those same cultural preconceptions, read on!

Whiskey has a reputation for being the highest (and manliest) of spirits. The word was anglicized from “uisce beatha,” the Irish word for whiskey which translates to “water of life.” People regularly refer to whiskey, without any apparent irony, as the “elixir of the gods.”

But it’s all bullshit. Whiskey is just another—admittedly, quite tasty—distilled spirit. There’s nothing inherently superior about it. Many aged rums or mescals have the same depth of flavor.

So, now that the bubble is burst, let’s look at how you can enjoy whiskey on its own terms.

Whiskey is a distilled spirit made from grain—generally, some combination of barley (malted and unmalted), wheat, corn, and rye.

The grain is heated with water (a process called “mashing”) which breaks the starches down into sugars. Yeast is then added to the sugary liquid (called the “wort”), which converts the sugars into alcohol. Two days or so later, the “wash” is distilled into unaged whiskey. It’s chucked in barrels for a few years, and, at the end, you have the stuff you find in bottles and bars.

If this all sounds very similar to beer brewing, you’re not wrong—whiskey is basically distilled beer. Both are made from the same raw materials.

But what was that about the “elixir of the gods”?

Whiskey is made all over the world, but the main producers are Scotland, Ireland, the U.S., Canada, and, increasingly, Japan. The production process is slightly different in each country, as is the spelling.

Ireland and the U.S. generally spell it with an “e,” while in Scotland, Canada, and Japan, it’s just “whisky.” Of course, some manufacturers, like Maker’s Mark, make a further mess of things by using the alternative spelling, even though it’s a U.S. company.

In general, though, if the name of the country contains an “e,” it’s “whiskey”; otherwise, it’s “whisky.”

How you spell it is largely unimportant. The more interesting differences are in the production processes, most of which are enshrined in law.

For example, the U.S. produces two main varieties of high-quality whiskey: bourbon and rye. They must meet the following criteria:

You can match this process somewhere else, but you’ll never be allowed to sell it as bourbon. Even in the U.S., if you don’t follow those rules, it’s not bourbon either.

Another category worth noting is Tennessee whiskey, which is bourbon that’s made in Tennessee and filtered with charcoal.

Irish whiskey, on the other hand, is made with barley (both malted and unmalted) in Ireland, of course. It has to be triple-distilled and aged in wooden barrels for a minimum of three years.

Canadian whisky isn’t as rule-bound. They tend to be blends (more on those later) made from corn with a small amount of rye for flavor. They also have to age for at least three years.

Scotch is whisky made in Scotland from barley, water, and yeast. Except for caramel colorant, no other ingredients are allowed. The smoky flavor most people associate with Scotch comes from the peat often used to fuel the fires over which the malted barley is dried. Scotch must age in wooden barrels for a minimum of three years.

The Japanese arrived a bit late to the whisky-production game, and, therefore, aren’t yet as constrained by traditions or laws. They basically ripped-off the Scottish process and absolutely nailed it. As a result, they’ve recently racked up some serious awards.

Two other distinctions worth mentioning are blended whiskeys and single malts. A blended whiskey is a combination of several distillations, often of different ages. That’s why brands like Jameson don’t feature an age statement.

Single malt is produced in one distillery from one kind of malted grain. However, they’re usually still a blend of a few different batches. The age statement applies to the youngest whiskey added. Manufacturers blend because it adds consistency to the final product.

Of course, there’s a lot more to whiskey than these basics. There are other variants (like Irish pot-stilled whiskey) and producers (India also has a whiskey scene), than those we’ve mentioned here. As you get more into it, you can drill down into the minutiae.

Now that you know exactly what whiskey is, let’s look at the actual drinking of it. Of course, it’s okay to just sit and enjoy a glass of whatever, whenever. But when you sample a new whiskey, there’s a proper way to taste it.

When you have a glass of neat whiskey in front of you, give it a swirl, and then inhale its scent. How a whiskey smells is important. Take a small sip and let it sit on your tongue. Savor the taste for a few seconds before you swallow.

Next, add a few drops of (preferably, distilled) water and repeat the process. The water releases a lot of aromatic compounds and dampens the alcohol burn, and some whiskeys need that.

Keep drinking and adding water, if you like. Feel free to start using words like “smoky,” “vanilla,” “oak,” or whatever else best describes the flavor.

How to Acquire a Taste for Whiskey

If you don’t like whiskey, that’s okay. Your palette changes as you age. Like beer and coffee, whiskey is one of those things that tends to taste like crap at first. Anyone who says he loved whiskey the first time he ever drank it is lying.

If you keep trying it occasionally, though, you’ll likely find something you like. If you have friends or family members who like whiskey, take sips of theirs.

If for some reason you want to speed up the process, though, here’s a surefire way to do it! Don’t jump right into neat whiskey. Start with some whiskey-heavy cocktails, a Manhattan, Whiskey Sour, Old Fashioned, or even a simple mix of bourbon and soda.

Over time, your palette should adapt, and you’ll likely start to really like that whiskey taste. One advantage of bourbon and soda is you can gradually decrease the soda, until, finally, you’re just drinking straight bourbon.

How to Spot a Good Whiskey

If you’re in a shop or at a bar and want to get a good whiskey, these guidelines can help you.

First, old doesn’t mean great, it just means old—and expensive. If you leave whiskey in the barrel too long, it tends to taste like the barrel. You might as well go lick a wet cask. Some really old whiskeys taste great, and some don’t. Most people tend to prefer something between nine and 15 years, rather than 21 or more.

Also, single malt whiskey is no guarantee of quality, it’s just a production technique. Unless it’s also a single cask whiskey, it’s still a blend of different batches. It hasn’t been tapped straight from a cask into a bottle.

The best whiskey is the one you like. If you’ve started to get an idea of what you enjoy, you can look for similar brands or types. Most regions produce broadly similar whiskeys. So, for example, if you like one brand of Islay scotch, chances are you’ll like another.

Also, if you’re in a decent shop or bar, ask for advice. Some members of the staff probably love whiskey and will be happy to share their knowledge. There’s also a good chance you’ll be able to sample a few before you buy.

Or just ignore everything above and buy a Japanese whisky. Again, they’ve been cleaning up at awards ceremonies and don’t export anything bad.

That’s about all you need to know. There’s no magic or mystique: it’s just a delicious drink. 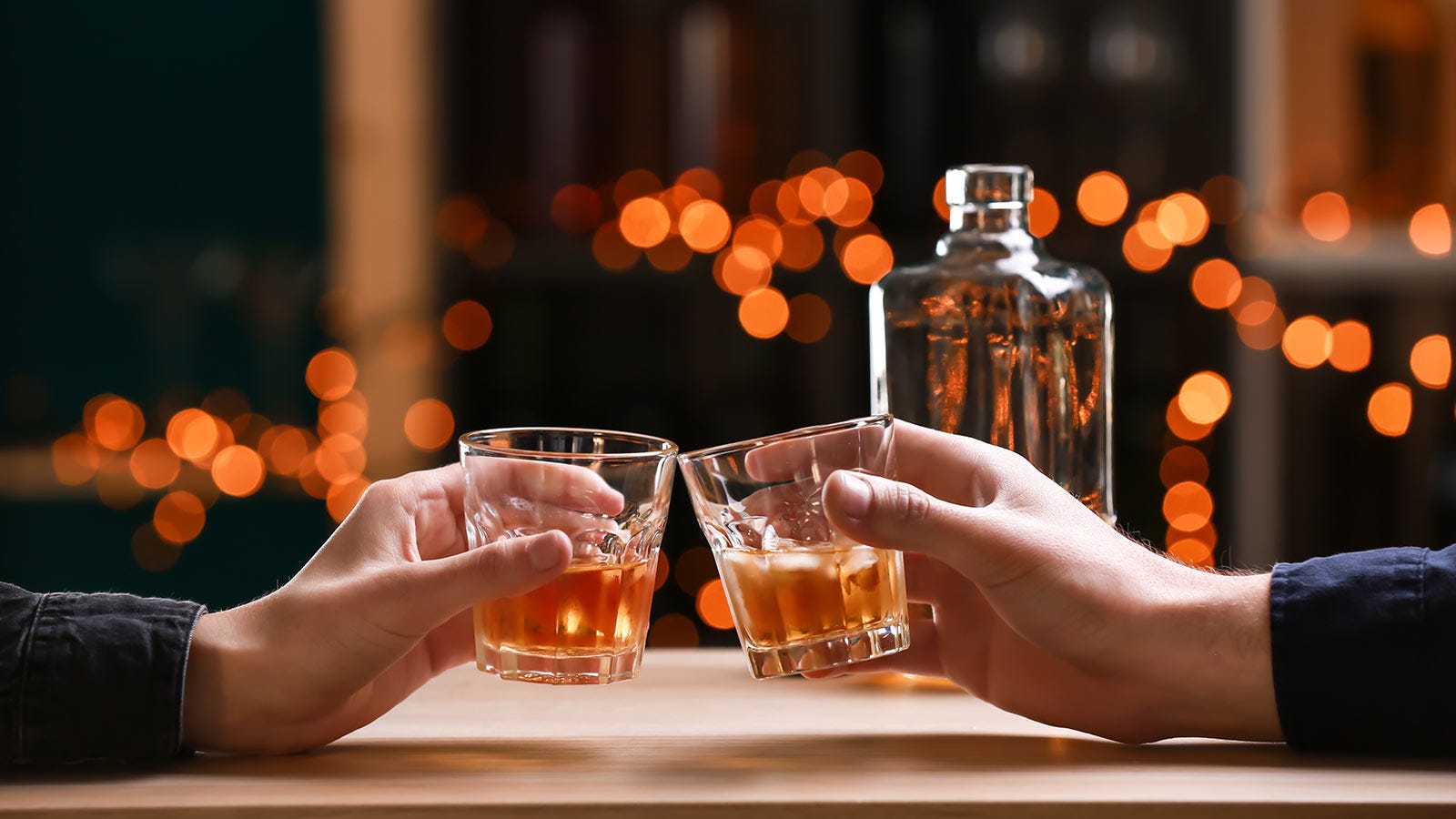