When it comes to kitchen tasks, no one wants to chop the onion. Hello! There’s even crying involved! However, according to one cook, there’s a way you can save yourself from getting all teared up.

Cooking show host Ethan Chlebowski took to his YouTube channel to explain the different ways you can cut an onion. He also explains why one way can actually make you cry more than the other.

The two main ways to slice an onion are pole to pole (root to stem) or orbitally (through the center). When you cut orbitally, you actually rupture more of the onion cells inside the layers of the vegetable.

Onions are filled with sulfurous molecules that give them their signature scent. The main molecule is called the lachrymator. It’s released when an onion is cut. When you cut an onion orbitally and rupture more cells, more of that irritating sulfurous scent is released, causing you to tear up.

Chlebowski puts this theory to the test in his video below. He chops two onions, one orbitally and the other pole to pole, athen places the chopped pieces in two separate containers. He lets them sit for 15 minutes, then compares the smell of both.

While nothing gets rid of that onion scent, Chlebowski says the orbitally cut onions smell markedly stronger, and they even cause his eyes to start watering.

But it’s not just scent that’s a factor here. An orbitally cut onion is more flavorful, while one sliced pole to pole will taste milder. So, depending on what you’re making, you might want to vary your chopping method.

If you mainly want to avoid getting all teary-eyed, though, pole to pole is the way to go. Don’t wanna sacrifice flavor just to avoid a few tears? Fortunately, there are other ways you can prevent onion cries in the kitchen. 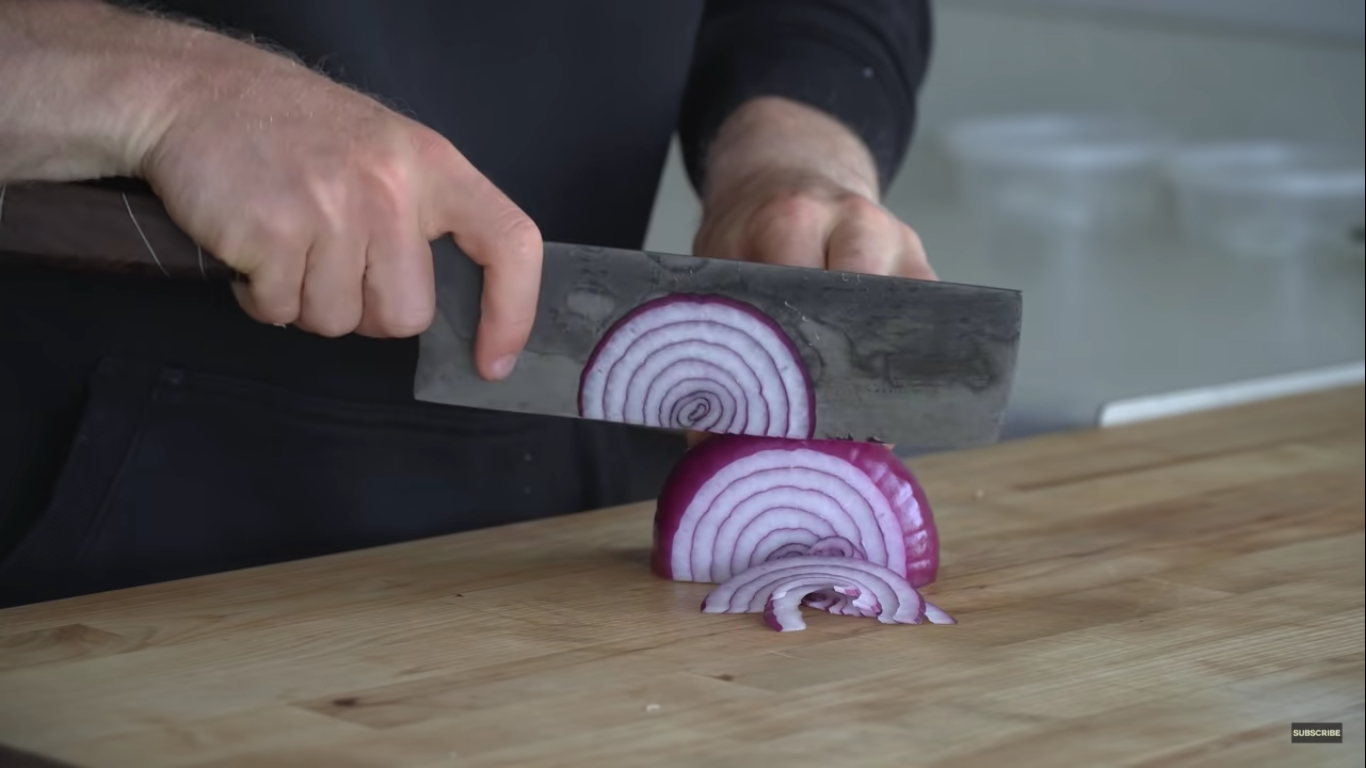 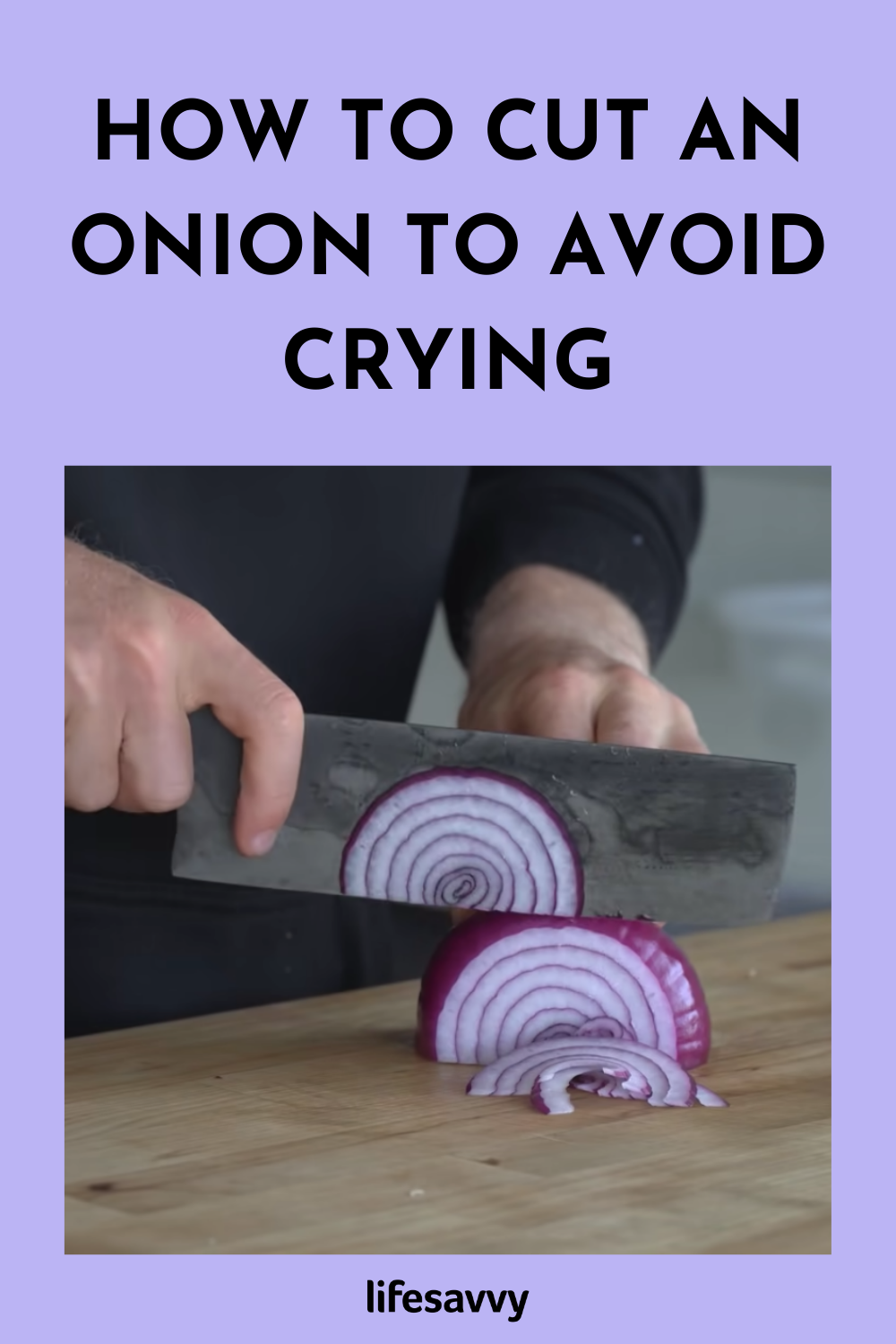