Telling your kids, “No!” is undoubtedly expedient, but not always effective. More often than not, telling them what to do (instead of what not to do) yields a better outcome. Here’s how.

Think about how you feel when someone tells you, “No, don’t do that.” Probably annoyed, frustrated, and confused. You might wonder, “Well, why not?” It’s no different for young children, who are learning to understand the world around them. They might think, “What am I supposed to do instead?”

A more effective approach to guiding your children is to tell them what to do instead of what not to do. It seems like simple advice—and it is—but that doesn’t mean it’s easy. We want to stop our kids from doing something wrong, and “no” is usually the quickest way to communicate that. It takes conscious effort to pause and think of a positive way to instruct our child to appropriate behavior. But trust us, telling your kids, “do this” is more effective than relying on “no, don’t do that.”

The Overuse of “No” Weakens Its Effect

Kids hear this word all day long, quickly learning to tune it out. If you tell them no but fail to offer an alternative, they’re inclined to keep going. In fact, by saying, “Don’t touch my phone,” it makes your child more tempted to reach out and play with your phone.

Strong negative commands, such as no, stop, don’t, can’t, should be reserved for extreme cases. Think life-or-death situations, such as when your child is about to cross a busy street, touch a hot stove, or grab a knife from the counter. If used sparingly, a powerful “No!” should stop a child in her tracks, ready to listen. If your child currently shrugs off any negative command, such as “Stop, don’t grab that!” then it may be time to assess your use of these words.

The bottom line: Hearing “no” too often can create built-up tension, confusion, resentment, and rebellion.

Ever wonder why your kids don’t listen to what you say? Well, it’s because they aren’t really listening. Kids are fully absorbed in one idea, project, game, or toy until the next exciting distraction comes along. When we ramble off long commands, they only register a snippet of it.

“No, you can’t cross the street to grab that ball” suddenly becomes “cross street” and “grab ball.”

Try rephrasing your requests to short, positive commands. For example, “Hold my hand. Let’s cross the street together” can be perceived as “Hand. Cross together.” This is much better than your child running across the street to grab a ball by himself. Depending on your child’s age and development, you may even want to stick to one command at a time. You might ask them to hold your hand, for example, and wait until they do so before talking about crossing the street or retrieving the ball.

Remember that kids respond best to requests that are calm, firm, and direct. Avoid snapping, yelling, or shouting, as this makes kids shut down, thus making it harder for them to hear what you’re trying to communicate.

Children are learning to use their reasoning and cognitive abilities to make sense of themselves and the world. Explaining the reason why we do or don’t do something will help them understand your requests.

For example, “We need to be gentle with Sarah because she’s a baby” is perfect for a toddler. You can go on to say, “She likes gentle touches. Biting hurts. Let’s be gentle.” In this short conversation, you’ve explained that being gentle is what’s expected with a baby, that Sarah likes gentle touches, and that biting hurts. Pretty basic concepts, but still tough for a 2-year-old to grasp.

Older kids can benefit from explanations as well. For example, “I want you to practice driving at night with me before you take the car out alone. It’s because visibility is more challenging at night.” You’ve offered a solution and explained why. This is easier for a teen to absorb instead of being told, “No, you can’t take the car out tonight.”

You can also use a running narrative to explain and correct behavior instead of relying on negative commands. If your child is throwing food, consider reporting what’s going on. “Wow, you’re throwing a lot of your food. It looks like you’re finished with dinner.” Then take your child out of her highchair. She is more inclined to learn the cause and effect with this method, as opposed to a snappy, “No! Stop throwing your food!”

You can also try, “Food stays on your plate. Not on the floor. Let’s keep our food on the plate.” Always spell out what you expect and what is required. This will guide children to the desired behavior without making them feel bad or wrong.

Kids, especially younger ones, are easily distractible. If your child is desperate to play with your phone (as so many babies and toddlers are nowadays), offer them a novel toy they haven’t played with in a while. “Here, you can play with this.”

Set up child-safe spaces at home, where your kids can play with anything in that area without being told “no.”

If your child begs for ice cream, offer some healthy favorites instead, explaining that ice cream is saved for special occasions, such as birthday parties.

If your toddler is a biter, explain that biting hurts, and offer a teething toy. “You can bite this all you want. But let’s be gentle with your baby sister’s fingers.”

Perhaps your child is flicking on the kitchen lights during dinner, making it hard for you to cook. Offering them a light switch in the hallway to play with is a quick and easy solution, or a flashlight they can flip on and off might be even more interesting.

In the child’s eyes, an alternative is often just as good—sometimes better—as the original desired activity/object.

Understanding Their Emotions Makes it Easier

Throwing tantrums, hitting, being frustrated—it’s all part of healthy development. This is because children lack the emotional maturity to express their feelings constructively. Instead, they throw themselves to the ground, they bite you, or they hurl their toys around.

Responding to their tantrums with anger tells them that showing their emotions is not okay (and that anger is a valid communication tool). Take a deep breath, get down to their level, and acknowledge what they are feeling.

“I can see that you are angry and frustrated. I understand. But hitting hurts. Let’s try using your words instead.” By delving deep into their underlying emotions, you’re getting them to connect with what they are feeling, instead of lashing out.

Then give them options to explore. “How about we ask for a hug when we’re upset?” Or, “I know you want to go to the park, but it’s raining out. We can read some books about the park instead.”

Learning to break the natural reflex to shout “No!” or to tell our kids not to do something is hard. Don’t feel bad if you use negative commands; they exist for a reason. But try to find opportunities to rephrase “no” and “don’t” into “you can do this instead.” The more you offer your children specific examples of acceptable behavior, the more inclined they are to follow that path.

And remember that we’re not suggesting that you never use simple negative commands. It’s just that they are much more powerful tools when used sparingly. 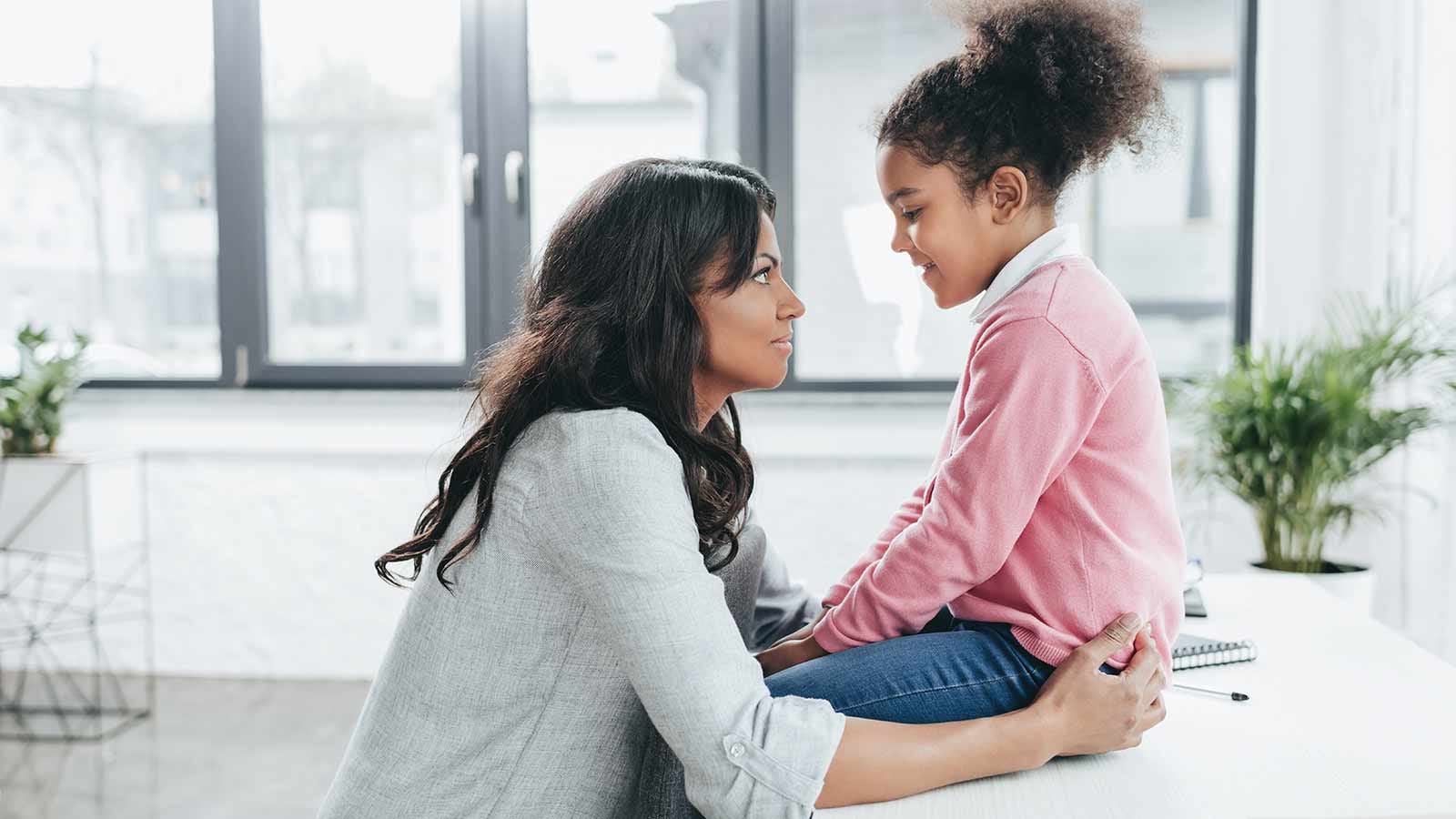