Hot off Ina Garten sharing her summer sangria recipe, there’s another cocktail you might want to try for warm weather. The Corona Sunrise is the beer-based cousin of the classic Tequila Sunrise, and with most viral recipes, it comes courtesy of TikTok.

While it’s unclear who invented this clever cocktail, user @kendogkenny posted a video making the drink she says “everyone’s obsessed with.” It might not be her original recipe, but her take appears to be one of the most popular on the platform with a cool 3.2 million likes.

To get started, she pops the top of a Corona and drinks it down by about two ounces. Then, she adds a shot of tequila, orange juice, grenadine, and squeezes some fresh lime into the bottle. Inserting her thumb into the top, she gives the beer one flip upside down to mix everything together. Then, you’re done, and you have a cocktail already in a convenient glass beer bottle.

As for the taste, @kendogkenny explains after taking a drink that it basically doesn’t even taste like beer any longer. While that might be good or bad depending on who wants the drink, it still looks delicious and simple to make. Plus, hello, it has a built-in glass.

Not feeling tequila? Here’s that recipe for Ina Garten’s rosé sangria instead. 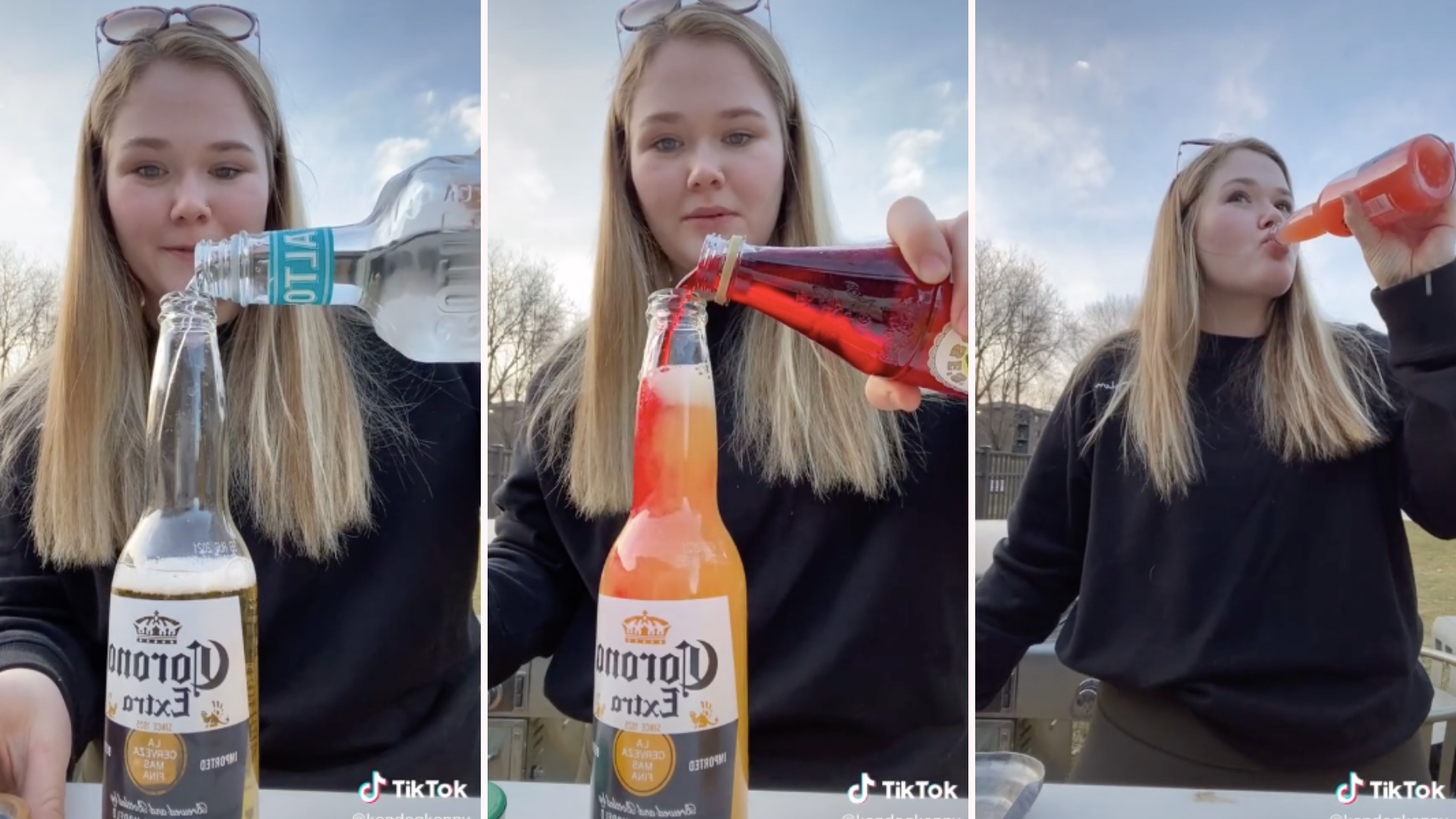 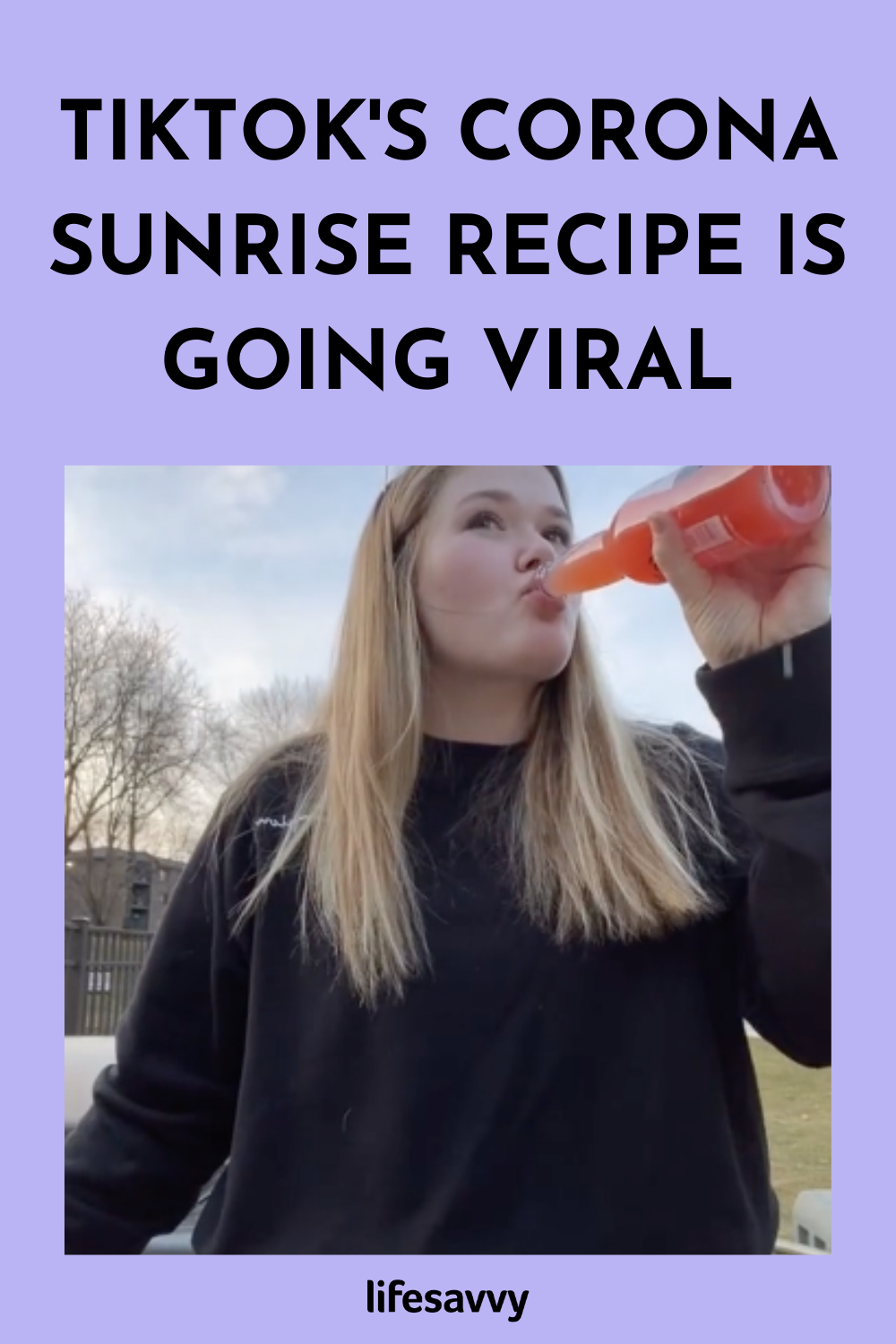