It’s been a minute since most of us have traveled, but it turns out, even the most seasoned of globe-trotters might have been wearing their travel pillows wrong this whole time.

TikTok content creator, @Sidneyraz, has an entire account dedicated to things he wishes he’d known before turning 30, and his thoughts about travel pillows have gone viral. He points out that most people wear their travel neck pillows incorrectly, placing the open-end of the C-shaped brace at the front of their neck instead of the back.

Revolutionize your travel experience by wearing this baby correctly.

In the video, he places the pillow with the open side behind his neck, then slouches his head forward so it rests on the thicker section of the pillow. While he doesn’t explain why this is the correct method, it’s pretty simple.

When you fall asleep in a car or on a plane, your neck naturally falls to one side or forward. If the pillow’s opening is in the front, it’s not really doing you any favors. Your head will just fall forward and strain your neck, which is the opposite of where you want it.

Have you been wearing your travel pillow this way? If so, you apparently aren’t alone, as this video now has over 3 million likes.

Even if you wear your neck pillow correctly, getting some sleep on a plane can be tough, but these tips might help you catch some Z’s. 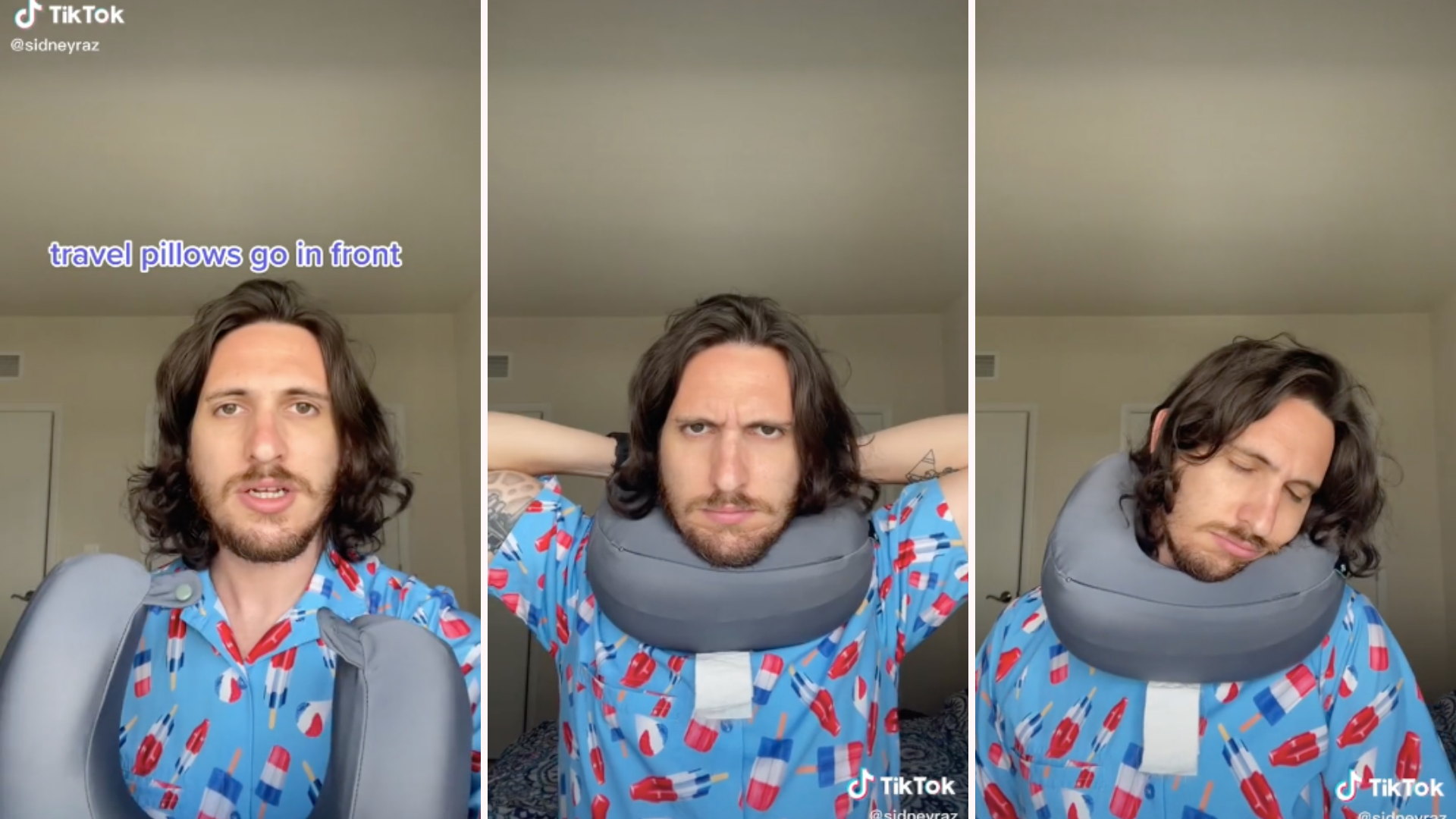