For Halloween 2020, Home Depot had a viral hit on their hands with their giant 12-foot skeleton. This year they’re not just doubling down with even more massive Halloween and Christmas decorations, they’re going all out. The skeleton is back and he brought friends.

If you followed basically any home decorating or lifestyle TikTok or Instagram account last year, there’s a good chance you saw a massive, 12-foot skeleton trending. Just in case you’re having trouble visualizing exactly how tall a 12-foot skeleton is, the distance from a basketball court to the rim of the hoop is 10 feet. So while it’s tough to get a sense of scale from the photo above, our spindly friends are tall enough to look down into the hoop with ease.

Need a more concrete visual? Here’s Lance Allen, Home Depot’s Director of Holiday Decorations, standing beside one of the skeletons.

That’s a grown man only as tall as the skeleton’s femur. How’s that for scale? Also, fun fact: Lance is the mastermind behind the giant skeleton project. We have to assume whenever he saw a news clip of the giant skeleton last year, he yelled “That’s my boy!”

But that’s not the only holiday-decor kids he can be proud of, there’s a whole slew of giants for the holidays this year. On Wednesday, July 14, Home Depot unveiled its latest lineup of both Halloween and holiday decorations. And the most notable thing? So many super-sized decorations.

The folks at Home Depot definitely noticed how popular the massive skeleton was, that’s for sure. Along with the return of the original giant skeleton, there are more giant friends. Think your yard needs a 7-foot-tall spell-casting witch? They have it. Or instead of your traditional 12-foot skeleton, you could opt for the new one that has a pumpkin head instead of a skull. Or maybe you want a huge angel of death with animatronic wings. Or a giant throne of bones. Which is totally, in no way, in any form, related to that popular show about a throne.

As for Christmas, there is a whole slew of life-size and larger-than-life decorations, too! Among all of them though, the two most notable are these two life-size 6-foot-tall Santa Clauses—that move and sing of course.

There’s also an 8-foot tall, light-up tower of Christmas presents you can show off—seen above. Want to go big with your lawn ornaments? You can do that, too, with an 8-foot-tall nutcracker.

If you’re pumped about giant skeletons, you better mark your calendar. Starting this Friday, July 16 you can get your hands on all the loot in stores and online—but if last year was any indication, the giant skeleton and his new giant friends will sell out fast. 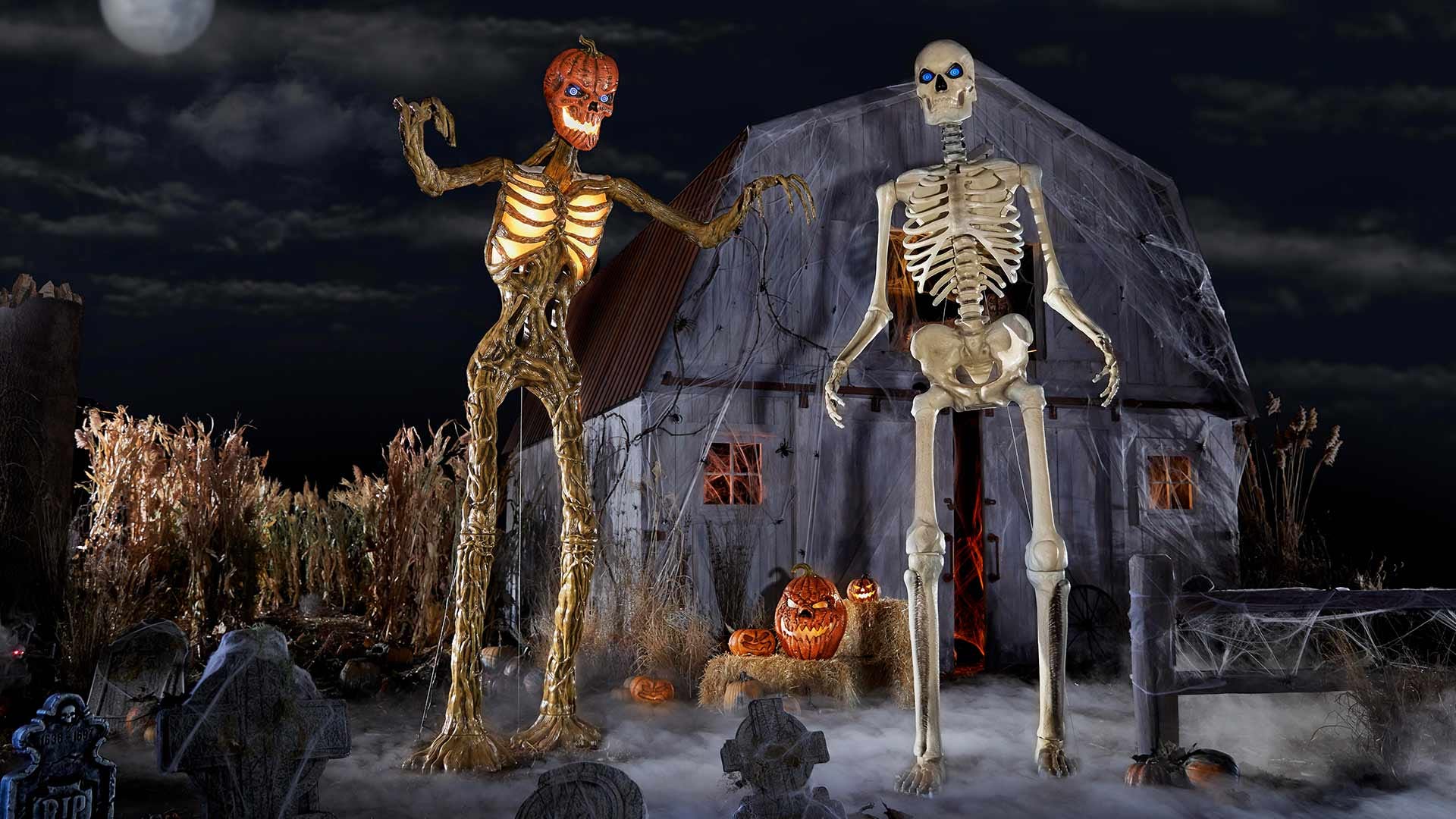 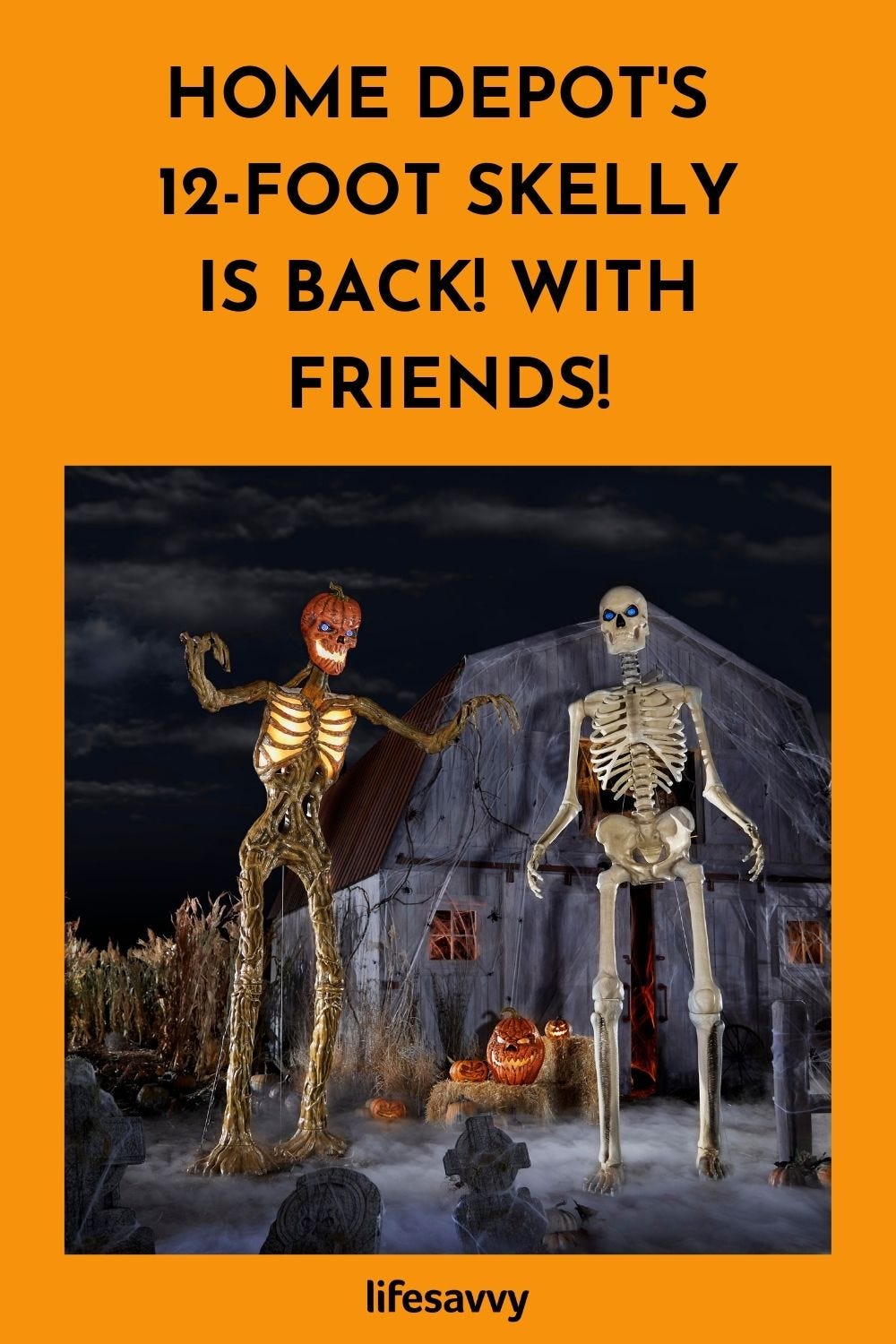