Popeyes will launch its new nuggets in the United States, Canada, and Puerto Rico July 27. They’ll be available in sizes ranging from 4-36 pieces. The hand-battered, buttermilk-breaded chicken bites will feature the same flavor as the brand’s now infamous chicken breast sandwich.

According to the brand, it uses a specialized flour-battering system that gives the chicken its crunch. The new nuggets can be dipped in a multitude of sauces, including Bayou Buffalo, BoldBQ, Blackened Ranch, Buttermilk Ranch, Wild Honey Mustard, and Sweet Heat.

According to Sami Siddiqui, president of Popeyes Americas, the new menu item builds on the success of the brand’s now-beloved chicken sandwich.

“Just like our game-changing Chicken Sandwich, our new Chicken Nuggets are unlike anything you may have experienced before,” Siddiqui said in a press release. “We aim to show the world once again the magic of Popeyes chicken with our new Nuggets.”

So, circle July 27 on your calendar! In the meantime, though, there’s plenty of juicy chicken to be had from McDonald’s to Burger King. 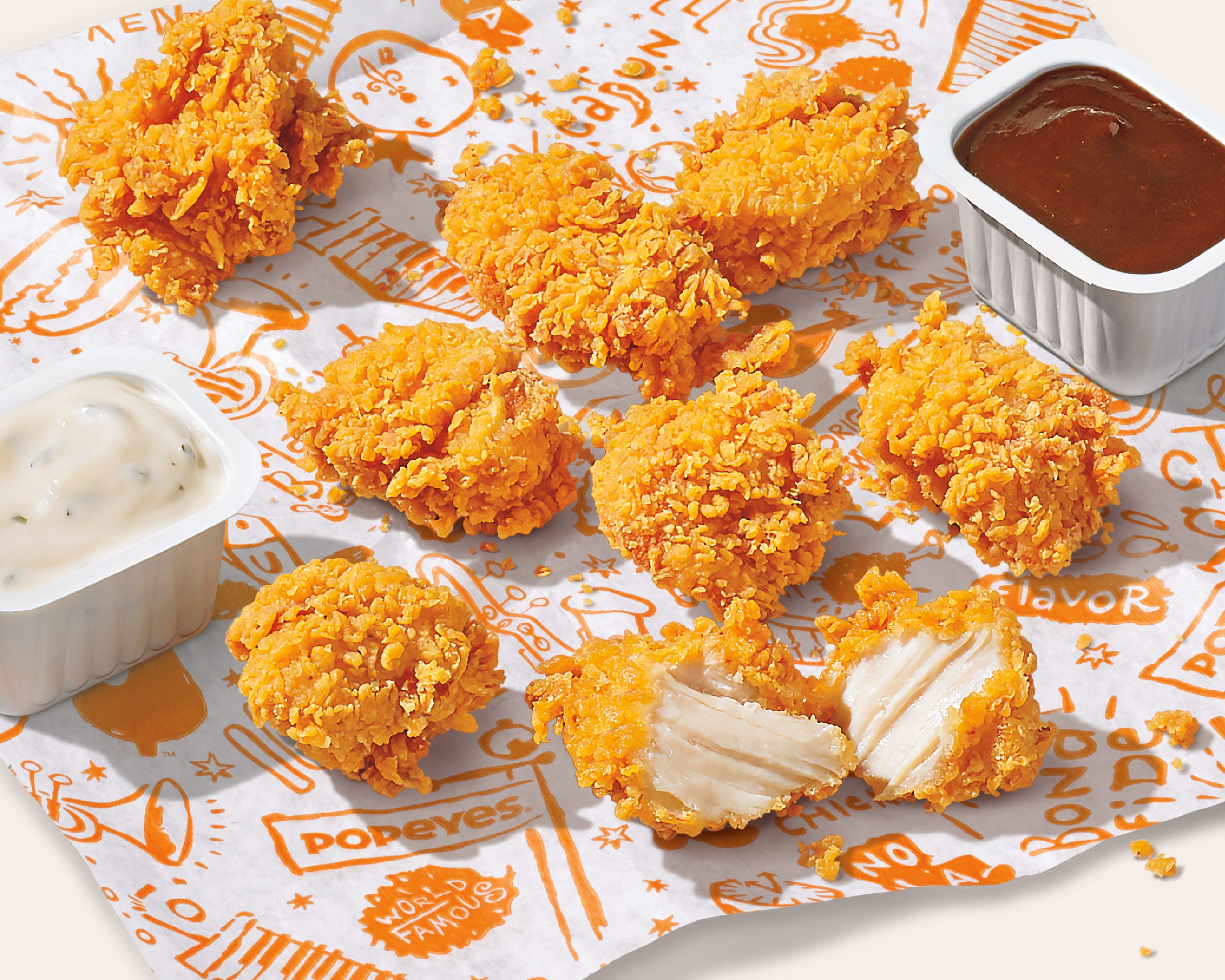 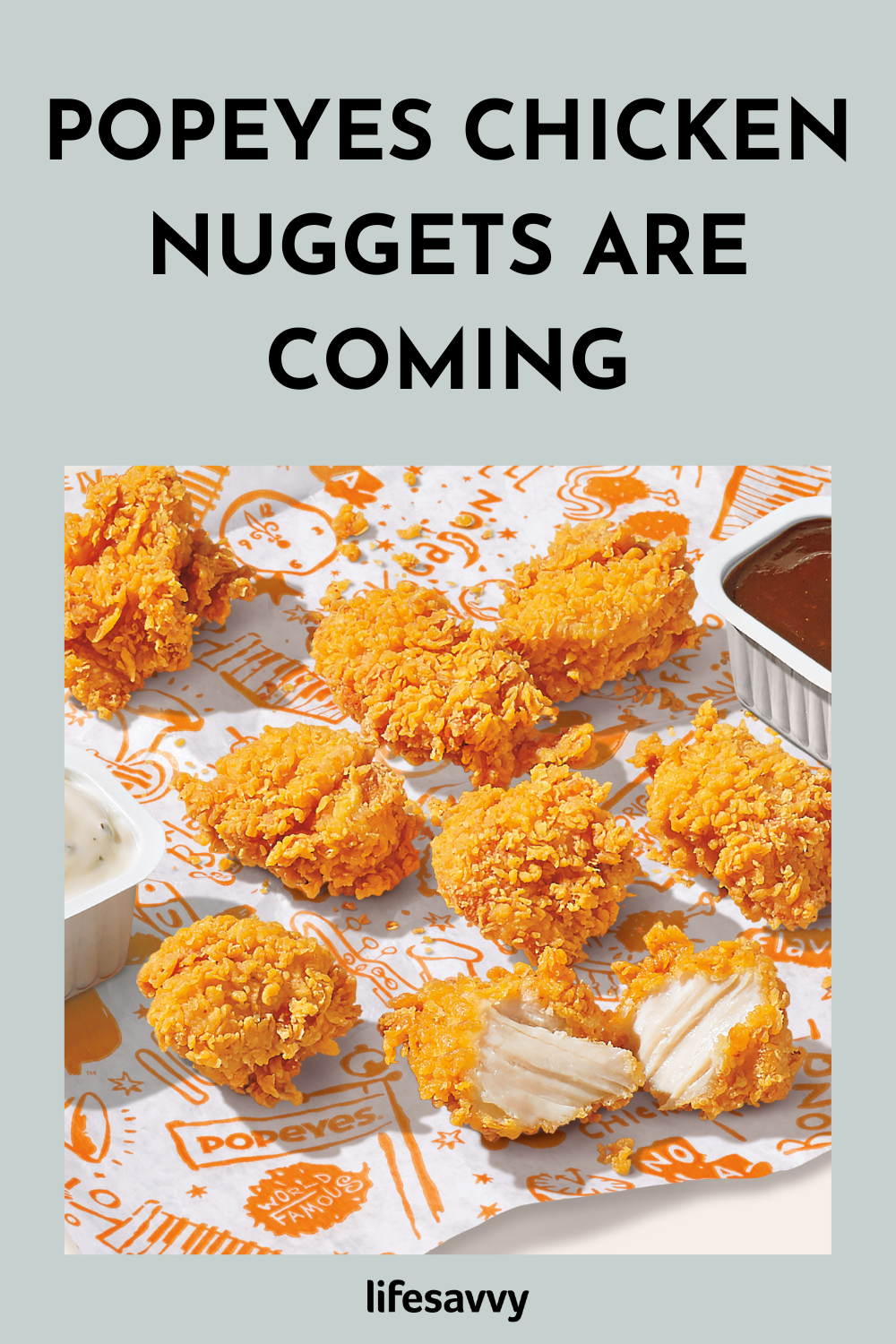